Tragedy of errors: How the UK left the EU 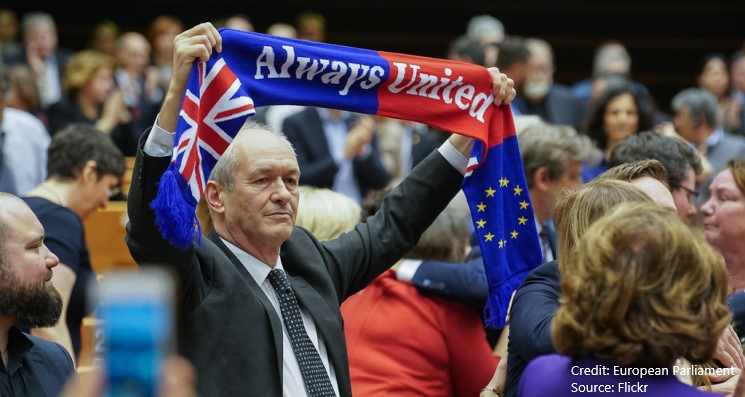 As the UK leaves the EU, one thing is clear: Brexit is a mistake. This assessment does not mean that the UK will pay in perpetuity for its decision.

Rather it cautions against forgetting the missteps, miscalculations and blunders that led to this historic moment, whatever its consequences turn out to be.

Economists predict that living standards will almost certainly fall as the UK builds customs and regulatory barriers with its nearest neighbours.

But the UK could find new drivers of economic growth by undercutting EU regulation and doing bilateral trade deals with countries that have high barriers to trade with the EU27.

A more liberal approach to migration would also help.

Brexit may have put Scottish independence back on the political agenda but the prospect of border checks at Berwick Upon Tweed will make it even harder to convince ­voters to leave the UK than in the 2014 referendum.

A border poll on Irish unity is unlikely for now and there are, in any case, few signs that unionists see their future as safer with Dublin than London.

With Brexit out of their system, British politicians might return to the serious business of governing.

The left-behind might finally make their voices heard at Westminster. Struggling towns in the North of England might be levelled up.

Even if these optimistic scenarios come to pass – and this is surely the biggest ‘if’ in contemporary British history – Brexit remains a mistake.

In the eyes of the UK’s political elite, the UK was never supposed to leave the EU.

When David Cameron pledged in January 2013 to hold a referendum on EU membership, this vote was by no means inevitable.

His immediate aim was to quieten eurosceptics in his own party and to ‘shoot the UKIP fox’ before European Parliament elections.

Cameron failed on both counts but when the Conservatives unexpectedly won the 2015 general election, he had no choice but to hold the referendum that he had long sought to avoid.

The media rightly saw through his ‘new settlement’ with the EU and his arguments for Remain rang hallow after a political career in which he had expressed little enthusiasm for the European project.

Britain Stronger in Europe, the official Remain campaign, failed to fill this void.

Although it contained political and business heavyweights, they struggled to communicate a compelling message and to cut through public distrust in elites.

The rest of the EU looked on from the sidelines, believing Cameron’s private assurances that he would win the referendum and put the European question to rest for twenty years.

Whether interventions by EU leaders in the referendum campaign would have helped or hindered Remain is hard to say.

But the EU was punished by many British voters for the slow death of Social Europe since the days of Jacques Delors.

How would other EU member states have responded to the referendum result?

None have found themselves in precisely the same position as the UK but the political rule book for dealing with referendum votes against EU treaties is well established: play for time in Brussels and seek consensus back home.

Cameron’s successor as Prime Minister did neither.

Theresa May was a competent and experienced politician but her three years in Number 10 were error strewn.

Her Lancaster House speech alienated EU partners and created false hopes for a hard Brexit in her own party.

Her determination to go for an early general election lost Conservatives their majority and left them dependent on the hardline Democratic Unionist Party.

May ultimately brokered a deal with EU partners but it led to her downfall.

Three defeats for her withdrawal bill laid bare her failure to build consensus within her own party, much less the House of Commons. MPs were against May’s deal without being in favour of any other.

Boris Johnson succeeded where Theresa May had fallen short by winning a majority in parliament for his renegotiated deal. But his is among the greatest mistakes of all on the path to Brexit.

Research suggests that Johnson’s support for Leave in 2016 was decisive.

Michael Gove brought credibility and broad appeal that Nigel Farage lacked but voters trusted Johnson on Brexit more than any other political leader.

Whereas Farage and, to a lesser extent, Gove were longstanding critics of the EU, it has never been entirely clear whether Johnson believed in, or even wanted, Brexit.

Johnson may have made his name as the Telegraph’s eurosceptic Brussels correspondent, but his colleagues remember him as intellectually and ideologically committed to European integration.

He was a consistent backer of EU membership, albeit of a reformed entity with the single market at its centre, until he threw in his lot with Leave.

Politicians can and do change their mind but is doubtful whether Johnson changed his.

‘Brexit will be crushed like a toad under the harrow’, he told David Cameron, who concluded that the former Mayor of London wanted to be on the losing side of a patriotic, nationalistic cause.

On the morning of 24 June 2016, Nigel Farage raised his hands in the air at the unexpected referendum result. Johnson could barely lift his head as he took to the podium.

‘A man of genius makes no mistakes. His errors are volitional and are the portals of discovery’, wrote James Joyce about William Shakespeare.

The UK has much to discover about life outside the EU. Whether it likes what it finds or not, the tragedy of errors through which it got there should not be forgotten.

By Dermot Hodson, Professor of Political Economy at Birkbeck. His latest book (with Professor Imelda Maher) is the Transformation of EU Treaty Making: The Rise of Parliaments, Referendums and Courts Since 1950