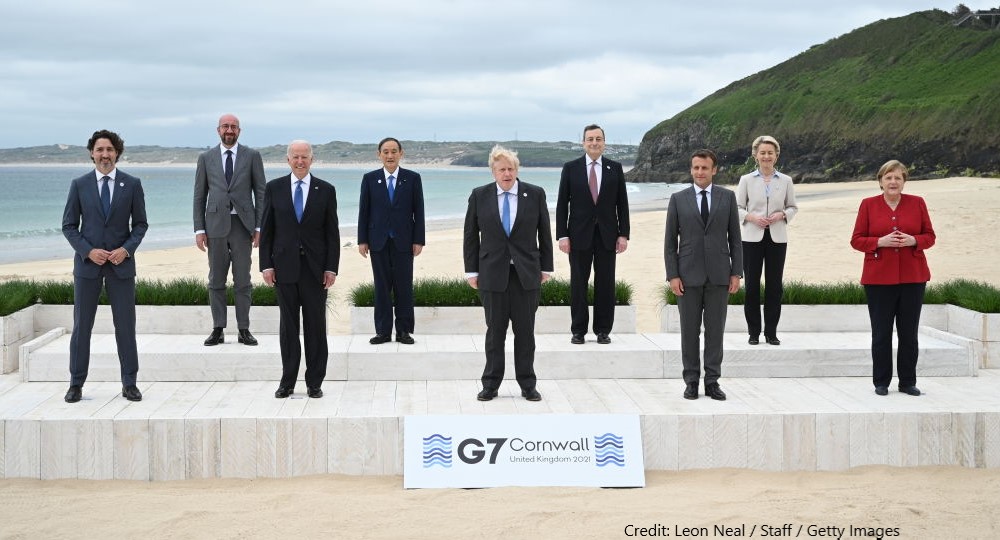 On 20 January, it is Joe Biden’s first anniversary in office as US President. With his election, Europe had hoped for an improvement of the transatlantic relationship and for the full return of its key partner in both world affairs and European security. By the end of 2020, the transatlantic security relationship between Europe and the United States looked grim, and in fact had reached a historical low point.

The behaviour and rhetoric on both sides of the Atlantic yielded questions over the vitality and longevity of their partnership. Trust had also broken down thanks to Donald Trump’s continuous discrimination against European allies, and concerns over the United States’ reliability grew steadily. Nevertheless, considering the changing threat landscape and increasing complexity of international affairs, cooperation and coordination among democratic states was needed more than ever.

To make the Europe-US relationship more fruitful and effective, both sides need to be clear about its future purpose, format and direction. Furthermore, Europe should lower its expectations vis-à-vis the US, considering the long foreign policy to-do-lists on both sides of the Atlantic.

In his remarks on ‘America’s place in the world’ in February 2020, Biden announced that ‘America is back. America is back. Diplomacy is back at the centre of our foreign policy’. In line with this, he made grand proposals and offered a ‘transatlantic diplomatic reset’.

Europe-US relations started off in a promising and fruitful way with a series of bilateral and multilateral meetings during the summit marathon in June 2021 – beginning with the G7 meeting in the UK on 11 June, then the NATO Brussels Summit on 14 June, and finishing off with the EU-US summit on 15 June 2021.

The Biden administration was not shy in showing positive signals and undertaking actions that were targeted at fostering two key components of Europe-US relations, namely democracy and multilateralism: witness the calling of a Summit for Democracy, and the re-joining key multilateral agreements including the Paris Climate Agreement.

Recent events and foreign policy actions, however, seem to shed a different light on Biden’s foreign policy course towards Europe, and on the transatlantic security relationship as a whole. Some optimism has already vanished. American unilateralist actions also have strong implications for Europe and European security.

The abrupt withdrawal of troops from Afghanistan, without prior concrete consultations about the how and when between the US and its NATO allies, and the nationalist Covid-19 vaccination roll-out are just two examples of the US unilateral approach to international politics.

And now one wonders how much of Biden’s ‘A foreign policy for the American people’ is actually in line with Trump’s ‘America first’ policy, and what this means for Europe.

In terms of approaching China and Russia, Europe and the United States still demonstrate diverging foreign policy interests that will be difficult to overcome although both see the authoritarian-democratic divide as a threatening factor.

While the US finds itself in a great power competition with both China and Russia, the EU primarily seeks political dialogue and trade relations. During January, a series of talks between Russia and the West were held, primarily focused on the Russia-Ukraine conflict – a bilateral meeting between Biden and Putin in Geneva, the NATO-Russia Council was reconvened for the first time in two years in Brussels, and OSCE leaders met up in Vienna.

Across these, though, Europe seemed strangely absent, and even the EU High Representative Josep Borrell feared that the EU was squeezed out of the talks.

Given the different outlooks and understandings across the continent, however, one should not equalise Europe with the EU. Although the UK as a European state with considerable military assets and capabilities is no longer member of the EU, it is still an active ally in NATO and a member of the OSCE. Norway, Turkey, and other non-EU states also play vital roles for both transatlantic relations and European security.

At the recent Russia-West meetings, Europe was thus very much present. With an overlap of 21 member states being members of both the EU and NATO, and with all EU states also members in the OSCE, the claim that Europe was side-lined is wide of the mark.

Nevertheless, in terms of the transatlantic relationship, it is time for Europeans to lower their expectations. The US already finds itself in the midst of the great power rivalry with China and Russia, and there is no sight of a profound change any time soon.

Moreover, with the EU’s internal debates over strategic autonomy (alternatively called sovereignty, responsibility, or capacity to act) and its own political stalemates concerning rule of law and democratic backsliding that hinder its general capacity to act, it should rather support its member states in their active participation in these international negotiations, especially in the talks with Russia.

Against the backdrop of the US’ great power rivalry, Russia’s importance for and in European security, and the EU’s ceaseless search for its security identity and type of actorness, it is time for Europe and the US to focus their relations based on mutual interests and common goals, including trade, human rights, and strengthening democracy, and rebuild trust in their partnership. Both sides also need to agree on the purpose and direction of their future relationship.

If the EU does not want to feel side-lined (again), it needs to endorse and support its member states to act through other multilateral forums including NATO and the OSCE as well as through minilateral frameworks such as the Normandy Format, the E3 and coalitions of the willing and able.