Transition and the future of UK trade 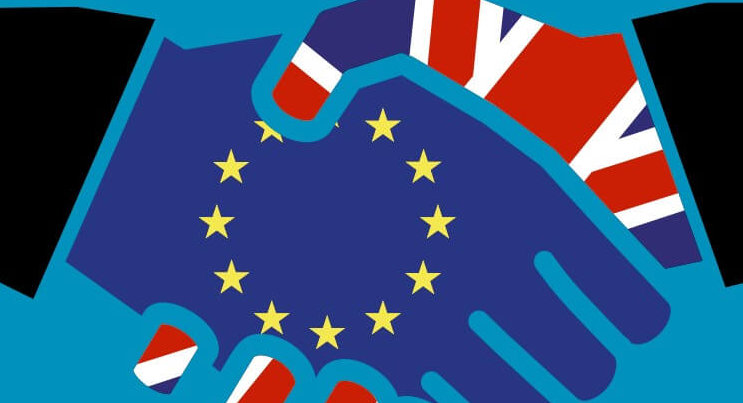 There is a common perception that alongside negotiating a future economic partnership with the EU the most important job of the UK government after the date of Brexit is to negotiate new trade agreements, starting with the USA, New Zealand, Australia and possibly applying to join the Comprehensive and Progressive Trade Pacific Partnership (CPTPP).

Common, not least among Ministers and senior officials in the Department for International Trade. And wrong.

Ask experienced trade negotiators and commentators from other countries what the UK’s priorities should be, and they will all say that we’ll need to sort out our future economic relations with the EU first.

Some will also point out the work we have to do at the World Trade Organisation to re-establish our independent membership.

Businesses will tend to more vocal on issues of continuity, such as maintaining the trade agreements we benefit from as EU members, the EU dialogues with other countries which often raise their issues, and the information provided by EU websites about trade.

In more detailed conversations both groups will go on to ask what the UK’s trade policy will actually be as a non-EU member, such as whether we will be actually do as
we claim and be more liberal on agriculture, or change regulations.

Meanwhile, one of the biggest issues our businesses will demand from government, that is rarely mentioned by anyone but likely to be the biggest challenge of all from day one, will be influencing emerging regulations in the EU that will affect them.

Getting structures in place

Needless to say, putting in place the structures to deliver all of this would be a formidable agenda for any country, let alone one which has just gone through the political turmoil of Brexit-dominated division.

Although civil servants have to a degree been preparing since June 2016, day-one readiness has never been the predominant concern, and there is little evidence that the scale of the challenge is fully understood, regardless of whether there is a Withdrawal Agreement.

Yet the performance of the government in addressing these issues from day one will affect businesses. Without government intervention barriers to trade will grow for our businesses, and we will lose competitiveness.

On trade our success in a transition period must be judged by the extent in which we are able to reduce overall barriers, or at least limit the number of new barriers faced.

The most unglamorous, frequently tough, yet ultimately rewarding part of trade policy is resolving UK export issues across in the world, and from April 2019 this trade diplomacy will be the sole responsibility of the UK government.

Globally, under a Withdrawal Agreement existing EU trade agreements may continue to apply to the UK, but even if they do, discriminatory treatment received by UK companies will probably no longer be raised by the EU in their trade dialogues.

Perhaps there is a problem with illegally branded Scotch Whisky in a third market, not an uncommon occurrence. This was previously mainly the responsibility of the EU to resolve, now it will be down to the UK alone. The Withdrawal Agreement is silent on this whole area.

As far as we know there are as yet no trade dialogues established to replace most of those the EU has, although a system for the UK to capture these issues should be live. Another basic task will be to replicate information currently provided on the EU website for exporters, such as which trade agreements apply.

Compare the relevant EU and UK websites and the scale of work will be apparent. Within the EU much will depend on the implementation of the Withdrawal agreement.

It is not clear whether UK companies with problems can still resolve these within the Solvit network, or whether these will have to go through the UK-EU dialogue. Similarly we will need to know about any changes to the way UK companies can challenge decisions, or the way decisions are challenged in the UK.

In the event of no deal of course the challenges for the UK government will be immediate, and the dialogue with the EU presumably minimal.

On top of these day-to-day issues a major job for government is always to try to influence regulations proposed by our main trading partners that could affect our businesses. Again at the moment the EU helps with that task globally, but the more pressing issue will be to influence EU regulations, given the EU will remain our most
significant trading partner.

It will be a huge task to find out what is happening with individual regulations at the EU, let alone influence them, once we are no longer in the room. Norway’s permanent diplomatic presence in Brussels is larger than that of the UK, a reflection of the increased difficulties they face in the same situation.

In the first few months elections to the European Parliament and formation of the new Commission may reduce the size of the task, but Brussels influencing will soon become one of the most important jobs of the UK government.

The UK’s international trade negotiations are already under way, to establish our own schedules at the WTO, and to replicate, when required, existing trade agreements to which we are a party as EU members.

Both are running into difficulties, as trade negotiations tend to do, but neither should be an immediate problem in an implementation period. In this situation it is expected that most countries will be happy to continue applying the agreement to the UK, and the UK has more time to complete WTO talks, where agriculture quotas are the big issue.

However not solving these by the end of the implementation period will be highly problematic, and in trade agreement terms 1 year 9 months in not a long period of time.

At the moment it seems a number of countries will want to make changes to the existing EU agreements, while agreements with Norway and Turkey may need to be negotiated from scratch, as it will not be possible to replicate these if we are not remaining a member of the single market or customs union respectively.

The uncertain status of the future EU economic relationship means that one of the most fraught issues post April 2019 is likely to be whether UK regulations should diverge from the EU’s approach.

Any divergence is likely to be hard fought, as it would make a future Free Trade Agreement or closer EEA relationship more difficult, and increase the cost of doing business. It is therefore likely that business organisations and former remainers will be keen to stay close to EU regulations, whereas former Brexiters are likely to seek greater
divergence.

There will also need to be a full discussion about sensitive areas like agricultural trade. For example, the extent to which we want to change the EU’s high tariff walls, and what impact that will have on UK farmers, will be a significant debate, bringing in issues of EU versus US trade and animal welfare to name but two.

These issues will not be quick to resolve, and have largely been left unanswered since the referendum. All of this activity means that in reality bilateral trade negotiations will not be the high priority often presumed.

Australia, New Zealand and the US are all major agricultural exporters, with differing food safety regulations to the EU, so balancing their asks with domestic policy choices and an EU agreement will not be straightforward.

The same applies to joining the TPP, which also contains clauses that may be controversial because they touch on the process for setting drug prices in the NHS. Politically progress will be demanded, but trade deals are not quick to negotiate even without other distractions.

There may be pressure to complete a US trade deal by the end of President Trump’s first term, but if this involves rejecting EU food standards, and therefore definitively
requiring Irish sea or land checks, one can imagine fierce domestic debate.

In summary we are looking at a country tired of debating the EU relationship having to continue doing just that, while simultaneously putting in place much larger business support and global dialogue structures, and battling against the clock to replicate existing trade agreements and put in place new WTO schedules.

Any country would struggle to do this, all the more while also negotiating with both EU and US (“a nightmare to negotiate with both at the same time” as a senior trade negotiator in another country once told me), so problems on the way are almost certain.

What is perhaps even more worrying is that thus far the Government has not revealed most of their plans to parliament, business, or other stakeholders. Doing so will now be painful, but more honesty will be necessary as the delivering the whole programme is simply not going to be possible.

Choices will have to be made, and structures put in place to support those choices. If it isn’t already clear, it will soon become apparent during any transition period that we cannot have everything we want on trade.

By David Henig, director of the UK Trade Policy Project at the think tank ECIPE (European Centre for International Political Economy) and a former UK government trade policy expert. This piece originally appeared in our report ‘The challenges of transition‘.