Transition: how do voters feel about a delay? 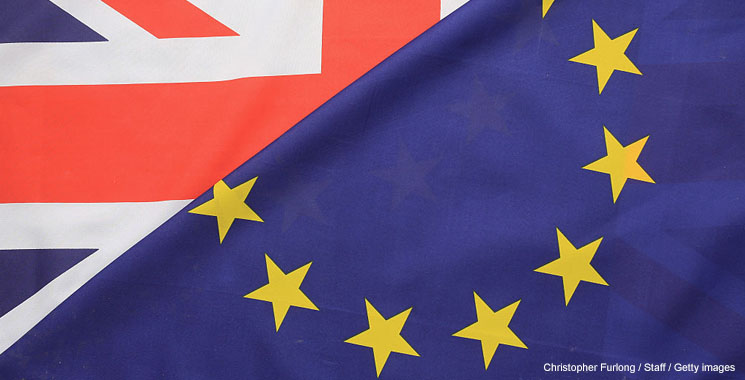 For the first time since the EU referendum, Brexit has gone on the backburner of media attention as the UK endeavours to get on top of the coronavirus pandemic. Yet there are still decisions to be made.

As things currently stand, the transition period, under which the UK continues to be part of the EU single market and customs union even though it formally left the institution at the end of January, is due to come to an end on 31 December – to be replaced (it is hoped) by a new trade deal that is in the course of being negotiated.

However, those negotiations have been disrupted by the pandemic, not least because both the head of the UK negotiating team, David Frost, and his EU counterpart, Michel Barnier, have been ill with Covid-19.

Meanwhile, discussions between the two sides are now having to take place by videolink rather than face to face.

Against this backdrop, it has been suggested that the transition period might have to be extended until such time as both the UK and the EU have had the opportunity to give their full attention to the talks.

But if any such decision is to be made it has, under the terms of the withdrawal agreement, to be agreed by the end of June.

Moreover, any such manoeuvre would require parliamentary approval as UK legislation has made it illegal for the government to seek an extension to the transition.

Three companies, BMG, Focaldata and YouGov, have now conducted polls across Great Britain that have asked voters whether the transition period should be extended in the wake of the pandemic.

They have asked rather different questions, and have varied in whether or not they allow voters to say ‘Don’t Know’ or offer them a middle option along the lines of ‘neither support nor oppose’.

Nevertheless, the three companies paint a relatively consistent picture in which around twice as many voters are in favour of extending the deadline than are opposed.

From this it would seem that the UK government need not be unduly concerned about the electoral consequences of seeking an extension.

However, underneath the headline figure is a familiar sight that the pandemic has not erased – Remain and Leave voters hold very different views. Unsurprisingly, Remain voters are mostly in favour of delay.

Two polls by YouGov suggest that around 79% are in favour and only 8% opposed, while BMG put the figures at 66% and 10% respectively. (Focaldata do not provide a breakdown by EU referendum vote.)

But then, there must be a strong suspicion that many Remain voters would be in favour of delay even without the backdrop of the Covid-19 pandemic.

The mood among Leave voters is very different. True, the polls suggest they are divided in their views, and that a significant proportion are now doubtful about the wisdom of the government’s timetable.

Even so, on balance somewhat more Leave voters are opposed to an extension than are in favour. On average YouGov suggest that 37% are in favour and 46% opposed, while BMG put the figures at 34% and 45% respectively.

Boris Johnson’s electoral success last December rested primarily on the support of Leave voters, nearly three-quarters of whom voted Conservative, in contrast to just one in five Remain supporters.

Due in large part to this overlap between those who voted Conservative and those who back Leave, the polls to date suggest that rather more Conservative voters are opposed to an extension than are in favour.

It is therefore the possible reaction of Leave voters with which the Prime Minister primarily has to concern himself, not that of the electorate as a whole.

And at the moment at least their views mean there is a risk that a delay would fracture the electoral coalition that delivered him his parliamentary majority.

But as things stand at present, Mr Johnson would certainly need to deploy his powers of persuasion effectively if he were to attempt to extend the Brexit transition.

By Sir John Curtice, senior fellow at The UK in a Changing Europe and Professor of Politics at Strathclyde University. This piece was originally published by What UK Thinks.