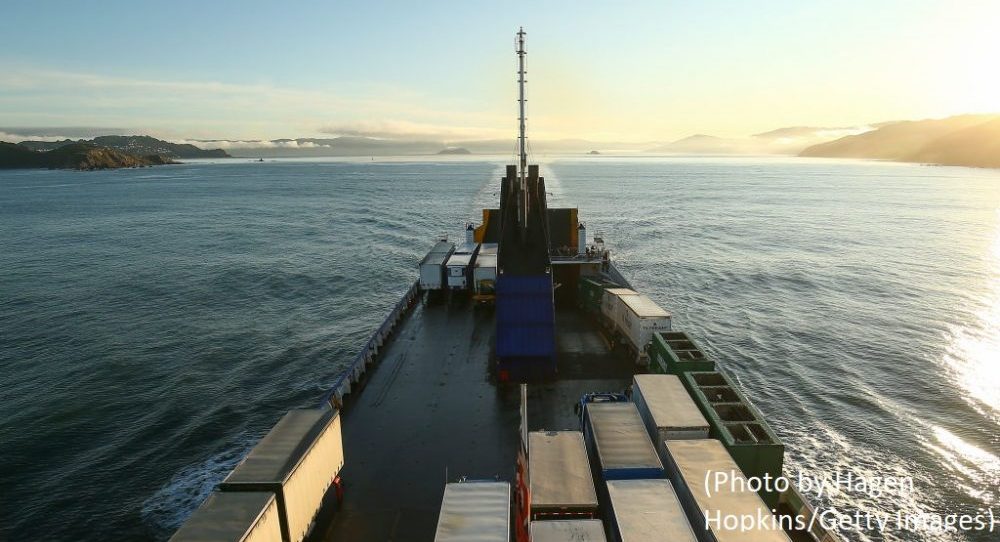 The sad passing of light entertainment legend Des O’Connor put me in mind of the old joke about a lost traveller asking directions. Question: “How do I get to my destination?” Answer: “Well I wouldn’t start from here”. There are echoes in this of the UK’s preparations for the end of the EU transition period. But it – not the joke – isn’t funny.

Although the destination of the UK’s exit from the EU is clear there remain a range of uncertainties on the route map of detailed border preparation.

You won’t be surprised to learn that as the trade association for the UK’s big port operators this is something that we, at the UK Major Ports Group, have been focusing on a great deal to try and reach practical solutions that can implemented on the ground.

The UK’s ports sector and indeed the logistics sectors more generally have demonstrated the resilience and adaptability in their magnificent response to the Covid-19 pandemic.

They will adapt and respond again, but Government continues to have the essential role in reducing border disruption at the end of the EU transition period.

So whilst it might make exciting media copy to play the blame game early, the focus in reality must be on getting to where we need to be, or the minimum viable version of it, very quickly.

From a ports perspective we’d highlight three key areas for maximum focus and pragmatic solutions from Government (and the rest of us).

First, throw everything at business readiness. The Bank of England’s ‘Decision Maker Panel’ survey of businesses for October found that 45% of EU-trading business still had preparation to do or had done no preparation for EU border processes.

We’re told that the Government’s current ‘Time is running out’ messaging is improving this situation. It needs to. A notable feature or borders is that they have two sides.

Although the UK Government is staging the introduction of various border controls as of now the full suite come into play at the EU border from 1 January.

The speculation on will there be a UK-EU FTA or won’t there be dangerously misses the point. 95% of the Government’s new Border Operating Model will be the same with or without a deal.

Simply put for businesses and individuals trading with Europe, if you haven’t done the pre-registrations and pre-notifications your stuff is not getting on a boat.

Second, maximise the amount of gateway capacity the UK can utilise. Trucks with drivers are an essential part of freight movement between the EU and UK.

But the Government’s own statistics highlight that more freight is moved through a combination of trailers without accompanying drivers and shipping containers – between them making up 64% of freight units moved between the EU and UK in 2019.

These are freight modes that don’t use the France / Kent routes. Expert third party analysis for UKMPG suggests that there’s an extra 60% of port capacity for these modes than the entire movement of EU / UK freight in 2018.

But too little attention has been given to maximising the capacity available elsewhere. The Government needs to ensure that more money is allocated to its Port Infrastructure Fund.

The deeply unglamorous but essential business of processes and IT systems also needs to recognise the diversity of port choices available.

The parallel systems Government has decided to introduce such as the Goods Vehicle Management System must work together with the existing tried and tested systems like Temporary Storage and in all configurations of ports.

Third, there must be pragmatism from all sides on trade with Northern Ireland. With new requirements required for Northern Ireland / Great Britain trade starting from 1 January 2021, compared with the staged introduction of border controls in Great Britain for EU imports, we are now almost drinking the last glass in the last chance saloon.

Standing back from the heat of negotiations surely it is in everybody’s long term interest – whether you are sitting in Westminster, Brussels, Dublin and certainly Belfast – that key freight continues to flow freely in and out of Northern Ireland.

So let’s have sensible flexibility about the levels of checks required in particular on the movement of food products.

For the Westminster Government let’s also stop making last minute policy calls on items which sound technical to almost everyone – transit requirements for west coast GB locations or inventory linking requirements for bulk cargoes in Northern Irish ports – but compound the challenges for those actually having to implement change on the ground.

By all accounts Des O’Connor’s long and successful career was founded in major part on adaptability, hard work and staying positive in difficult situations.

Those are common characteristics with the UK’s ports and they feel like exactly what is required from all of us as we more rapidly to the end of the EU transition period.

You can be assured that the ports themselves will be doing all they can to keep goods and people moving as we have done for centuries regardless of border arrangements.