Travellers, tourism and Brexit during the pandemic 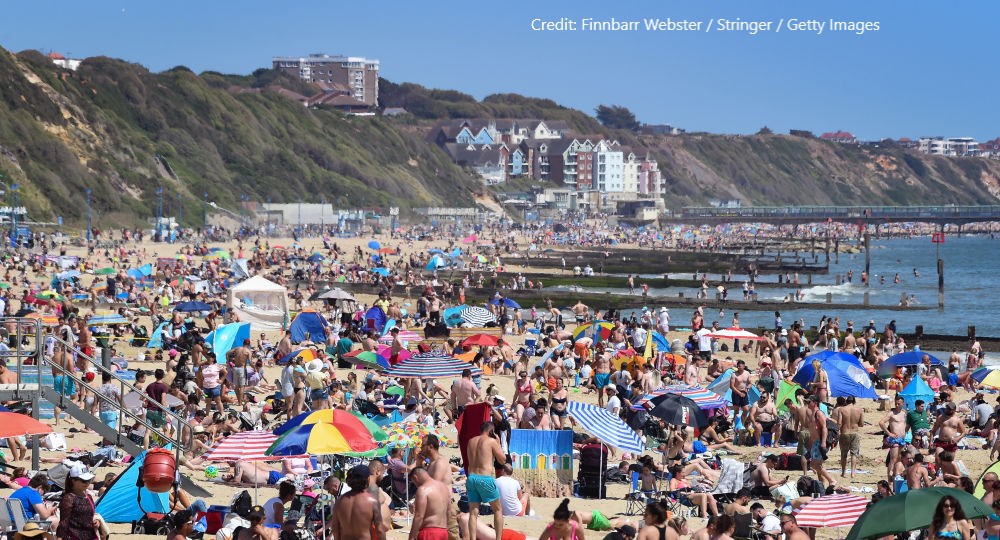 As autumn rolls on and memories of the summer fade, some things have stuck in the collective consciousness: travellers on crowded beaches, busy resorts, and empty airports paint a picture of the great British staycation.

One could be forgiven for thinking that Brexit is yesterday’s concern.

While not as conspicuous as it once was, Brexit continues to have an impact on travellers and tourism. In some cases its effects may have been revealed, even aggravated by the pandemic.

Labour shortages were identified as a potential consequence of leaving the EU, and there have been difficulties in filling vacancies in tourism and hospitality, as well as associated supply chains.

The pandemic has offered some hints of the future experience of travel between the UK and EU. Prior to the transition period ending, government advertising raised awareness for UK citizens of new arrangements effecting their trips to the EU.

With the changes yet to play out fully, as distinctive approaches to mask-wearing, vaccine passports, quarantining and testing emphasize, travel has become more complex.

Travellers to and from the UK have to contend with at least two sets of regulations governing their journeys – those at home, those in their destination, and possibly those in third countries of transit.

These complexities hit more than tourism: several micro-states in the Pacific are not sending delegations to COP26 because of the quarantine rules they would face on their return.

Sometimes the effects of Brexit are less obvious, perhaps unanticipated, but potentially serious nevertheless. These include the way in which Brexit relates to the UK’s response to climate change through the vector of travel and tourism.

With all that has passed, 2019 may seem like ancient history. During a turbulent year for the government, two notable strands of policy were developed.

After a spring of protest, Parliament eventually declared a climate emergency, government legislated for net-zero emissions by 2050, and it has since positioned the UK as a leading nation in tackling the climate crisis.

In parallel, post-Brexit economic policy focused on the finalisation of several ‘deals’ with sectors vital to resilience and future success, including tourism. Ambitious growth targets were agreed by sector representatives in exchange for crucial enabling measures from government.

Neither the Tourism Sector Deal nor the original Net Zero by 2050 documentation referred to the other. This is notwithstanding that in tackling their respective crises they would intersect via emissions, particularly from aviation, as research demonstrates.

The Tourism Sector Deal established a growth target of 23% by 2025 for inbound tourism alone (to 46.74 million visitors based on data and estimates at the time).

In short, if realised the increase would have added significantly to emissions at a time when the prevailing appetite was to reduce them.

Put another way, encouraging travellers to come in the short term to attract more spend and inward investment to tackle one crisis, would have challenged the ability to tackle the other.

Roll forward to 2021 and this may no longer seem relevant. International air travel to and from the UK has been curtailed; in June 2021 the Tourism Sector Deal was superseded; and its successor, the Tourism Recovery Plan, has offered urgent and far-reaching support to one of the sectors hardest hit by the pandemic.

Brexit is not mentioned once in the Tourism Recovery Plan but in a sense it didn’t have to be.

The document contains many of the same post-Brexit sub-texts and imperatives as the Tourism Sector Deal: enhanced competitiveness, greater productivity, further investment and innovation, better regulation and improved infrastructure.

Without naming them, the plan refers to legacy issues from the UK’s membership of the EU, including the Package Travel Directive. It also aspires to growth, and soon.

Ahead of independent forecasts of 2025, recovery to 2019 levels for international visitors (now recorded at 41 million), is desired by 2023.

The Recovery Plan is explicit in its rationale: returning to the 2019 baseline sooner closes the balance of trade deficit, it allows further expansion earlier, and the benefits of tourism can be spread throughout the country in keeping with the ‘levelling-up’ agenda.

Unlike the Tourism Sector Plan, growth targets are not set, but then again, they are unnecessary. Why make the sector a hostage to further fortune when there is still considerable uncertainty associated with the coronavirus?

The Tourism Sector Deal projected how the sector can perform in ‘normal’ market conditions but with enhanced support from government.

In its response to the pandemic, the government has demonstrated its renewed commitment to the sector.

So where does this leave us? Almost with the hidden hand of Brexit.

Without some form of additional mitigation in the short-term, the recovery of travel and tourism to pre-pandemic levels and growth rates, whether in 2023 or 2025, just represents a delay of the potential effects first identified in 2019.

As the UK prepares to host COP26, it is encouraging to see some acknowledgement of emissions in the Tourism Recovery Plan, as well as the government’s latest vision for the path to net zero.

However, timing remains an issue, as does moving from commitment to action. Alongside the Transport Decarbonisation Plan, a Net Zero Aviation Strategy is central to the government’s approach to tackling future emissions.

Both will take time to implement and deliver. Far from yesterday’s concern then, working through the issues created by Brexit for travel and tourism is a part of tomorrow’s world.

By Tim Coles, Professor of Management in the University of Exeter Business School.