Trump’s election: should the UK worry? 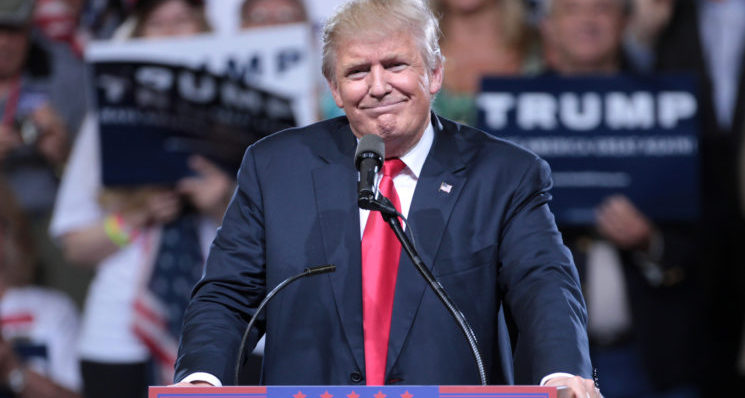 2016 will be remembered as the year when, on more than one political front, the unthinkable happened. Between them, British citizens’ vote to leave the European Union, and that of Americans to elect Donald Trump president, have exploded dynamite next to the foundations of the established order. As the dust clears, liberals now nervously inspect the blast sites, wondering if the damage might yet be contained or if the soundness of the edifice has already been fatally undermined.

Not everyone is worried, however. Some are exultant. Trump rose to power on a wave of frustration and fury directed at the ‘establishment’ and the status quo. He is the avatar of a surging reactionary movement: empowered by a coalition of the traditionalist right and what was once the blue-collar left, united in seething resentment at their perceived marginalisation – economic, cultural and political. During the campaign he repeatedly cited the Brexit vote as an inspiration, predicting that his victory too would awaken a dormant electorate and confound the conventional wisdom. While other British politicians kept their distance and their counsel, UKIP leader Nigel Farage not only praised him but actually spoke at one of his febrile rallies.

As a starting point in considering the implications for US-UK relations of Trump’s triumph, we might therefore note this: even if British public opinion is overwhelmingly sceptical that Trump will be a ‘good’ president, he nevertheless represents the political triumph of similar forces to those gathering strength here. British people naturally find their own nationalism and nativisim more palatable than that of others – that’s in the nature of the phenomenon.  But the two countries have undeniably entered similar territory, with a culture war over national identity, between entrenched liberal and reactionary camps, now set in place as the centrepiece of their politics for the foreseeable future.

A determined British optimist might suggest that this bodes well for the prospects of good relations. If the United States is going to be governed by people nostalgic for an era of Anglo-American dominance, perhaps the prospect of a reinvigorated ‘special relationship’ with the UK will hold more appeal for them than it did for their predecessors. Those who campaigned for Britain to leave the EU frequently asserted that doing so would liberate the UK to pursue freer trade deals with many non-European nations. President Obama notoriously warned that the Britain would find itself “at the back of the queue” for talks on a new trade deal with the United States if it voted to Leave. Perhaps a change of American leadership will bring with it a new dispensation.

The details of how this might be brought about, however, are presently being blurred by uncertainty over who Trump’s preferred interlocutor might be. Prime Minister Theresa May appears not to have been a high-priority call for the president-elect after his victory, while Farage succeeded in making himself the first British party leader to secure meeting, and touted himself as a potential intermediary for the British government, much to the latter’s displeasure. Meanwhile UKIP sources floated the notion that Steve Bannon, newly-appointed chief strategist of the incoming Trump White House and former executive chairman of Breitbart News, a white-nationalism-inflected ‘alt-right’ media outlet, would “run ideas” past Farage before raising them with Downing Street.

Farage’s interest in cultivating such a role is clear: it would vastly elevate his stature as a political actor. The Trump administration’s interest is less obvious, since it would serve to alienate a government that is basically keen to ally itself with him, simply in order to boost the pretensions of a politician with similar populist sensibilities but never even elected to the UK parliament. We might therefore reasonably expect, on balance of probabilities, that such speculations will come to little, and more normal channels will reassert themselves. Foreign Secretary Boris Johnson has already laid some groundwork for reconciliation with some eye-catchingly favourable comments following Trump’s election.

One final talking point for the optimistic camp would be that some of Trump’s loose talk during the campaign regarding US reconsideration of its NATO commitments, and his desire for warmer relations with Russia, might make other European nations appreciate more keenly the importance of Britain’s military contributions to European security. If the security umbrella provided by the US for generations begins to look less comprehensive or less reliable, might EU states be less inclined to alienate one of Western Europe’s two nuclear powers with a punitive Brexit settlement? This argument is surely a stretch, but with effort one might convince oneself that the UK might indirectly benefit from the rattling uncertainty generated by Trump.

The downside risks for the UK are clear but worth enumerating. First, one of Trump’s two signature issues during his fiery campaign – alongside a border wall with Mexico symbolising his anti-immigration credentials – was a relentless rhetorical assault on free trade, slamming both the NAFTA treaty and trade with China for costing Americans’ jobs. The nature of goods and services traded between the US and UK is different than with those countries, to be sure, but it would still make for odd political optics for the Trump administration to make negotiation and ratification of a new free trade deal with the UK a high and early priority.

Second, for decades, the UK aspired to position itself as a strategic bridge – economic and diplomatic – between the United States and Europe. Having just tossed the jigsaw pieces of its relationship with Europe into the air, the UK now finds that Trump’s election has cast its relations with America into a period of inescapable uncertainty too. Maybe all will somehow end well in the best of all possible worlds, but for now the UK looks less like a bridge and more like an isolated ship between two great landmasses, suddenly unsure of being granted safe harbour in either.

Third, if Trump’s rise does show that the ceiling of political support for unmoderated racially-charged nativism is far higher than previously imagined, and if his political appeal and the demographics of his base do correlate with those of the Brexit campaign, his victory may provide an injection of confidence to the UK’s right wing populists just as they seemed to be in a downward spiral (or at least just as UKIP did). A top priority of Theresa May’s Conservative Party at present is to secure itself in power as the agent trusted by Leave voters to see that decision through, while at the same time holding a more moderate line on immigration, race and national identity than UKIP and the further right. The vast technical challenges of negotiating Britain’s EU exit were already certain to strain the government’s political support to near breaking point in due course. A rejuvenated populist right on its flank, unencumbered by responsibility or restraint as Trump has taught them they should be, would make the task of governing still harder.

And finally, if it even needs articulating, the UK has been a major beneficiary of the security guarantees provided by the United States to Europe against external aggression since the 1940s. Even if, as one of Europe’s relatively stronger military powers, Britain’s standing among other European nations might be somewhat boosted as a tangential consequence, the weakening of American commitment to Europe’s unconditional defence would represent a strategic loss to both the UK and Europe of incalculable scale.

We do not yet know how the erratic and inconsistent candidate that was Donald Trump will make the transition to governing. But all evidence available so far suggests he will govern as a venal aspirant strongman at home, and that he will make America a much less reliable friend to the security and democratic values of traditional allies abroad. Experience shows that if one’s interests happen to coincide with those of Donald Trump for a time, then during that period he may be a potent force with which to be aligned. His life history reveals starkly, however, that to imagine he will embrace the defence of others’ interests when they prove even moderately inconvenient to his own, even if he has notionally promised to do so, is to misjudge the man and to put one’s wellbeing in peril.