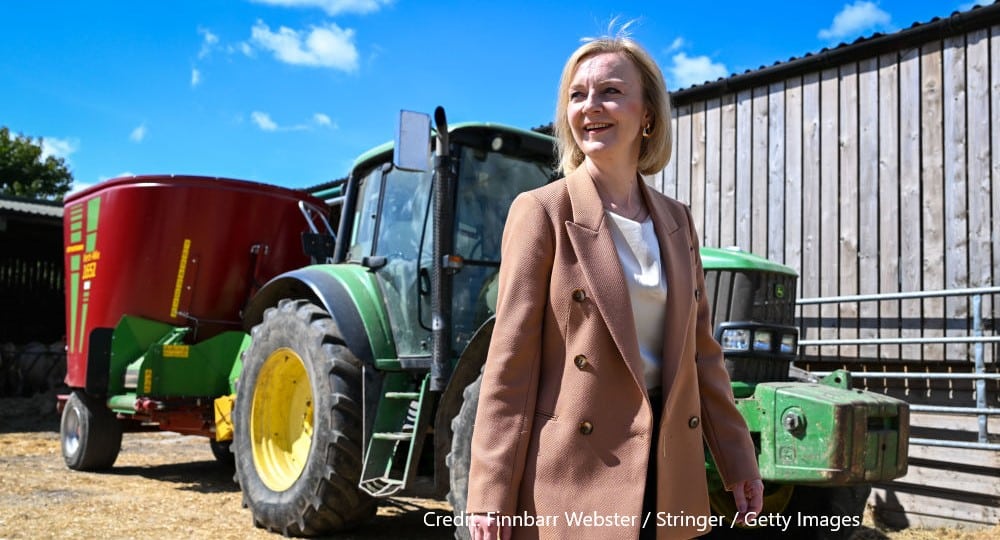 Seven years ago, after the surprise Conservative election victory in May 2015, I wrote this:

‘So what does the (non)-reaction of the gilts market tell us? That, as far as financial markets are concerned, even significant changes about expected budget deficits and government debt have little or no impact on long-term interest rates.’

Markets had been expecting the election of a Labour government (or, indeed, the promised ‘Coalition of Chaos with Ed Miliband’), which would have led to more government borrowing, perhaps by a little, perhaps by a lot. The re-election of Cameron and Osborne, with a narrow but clear majority, instead meant the continuation of austerity.

‘When Robert Peston’s ‘bond market pals’ told him that “Mr. Market may be capricious’ [and push up interest rates if the government borrowed more] they were slandering him. It turns out Mr Market is far more sensible than that.’

Seven years on, however, it’s a very different story. ‘Mr Market’ seems to be far more nervous about Liz Truss and her economic advisors than he was about the Eds (Balls and Miliband). Sterling fell by almost five per cent in August, while government bond yields (the interest rate paid on UK government debt) have risen steeply. Both are indicators of declining confidence in the direction of the UK economy.

Although government bond yields have gone up everywhere, so by no means all of the rise can be attributed to UK policy, they have risen by more in the UK than in other major European countries or the US.

We shouldn’t overstate this – the current market drama is not, as yet, a crisis. And it may not become one (if I, or any other economists, could accurately predict sudden swings in the value of sterling or interest rates, we wouldn’t need our university jobs!). Things could stabilise. But market perceptions of sterling and UK government debt have clearly changed.

Unlike the 2015 election, we can’t pinpoint one single moment in the current Conservative leadership contest when market expectations about future UK fiscal policy changed. But over the past month three things have emerged.

First, that Truss is committed to large permanent tax cuts, relative to the fiscal plans of the Johnson administration, in particular an immediate cut in National Insurance and reversal of the planned rises in corporation tax.

Second, that because these cuts benefit primarily the better-off and large companies, further large fiscal measures (whether tax cuts, benefit increases, or some form of off-balance sheet financing) will be required to mitigate the impact of energy bill increases on households.

And third, that all of this will be financed by borrowing for the foreseeable future.

Meanwhile, earlier incoherent soundbites about ‘paying off the Covid debt more slowly’ have been replaced by a frank acknowledgement from influential economists close to Truss that the government will borrow more.

Julian Jessop argues: ‘The Treasury has been too quick to believe you need to start paying the debt down … far better to let the deficit take the strain.’ Patrick Minford goes further, saying there’s no need to worry about the impact of tax cuts on the deficit because of the Laffer curve – the theory that broad-based cuts in taxes will actually increase revenues – a claim generally regarded as laughable by economists in the Treasury and the markets, as well as academia. Here Trussonomics seems to converge with the proponents of ‘modern monetary theory’ in thinking that the deficit simply isn’t a problem.

So Trussonomics means more borrowing. But if, over the last decade, the deficit hasn’t really mattered to interest rates or market confidence in UK policy, what’s the problem?  If there is indeed a ‘magic money tree’, why not take advantage of it?

The answer is that the economic context matters: and the current context is one of high inflation and rising interest rates. As I (and Simon Wren-Lewis) pointed out, we do indeed have overwhelming evidence, both empirical and theoretical, that in countries (like the UK) which are at the zero lower bound for interest rates and which borrow in their own (floating rate) currency, more government borrowing doesn’t push up interest rates.

But while this was indeed the case in 2015, with the Bank of England base rate having been stuck at 0.5% for some years, it very much is not now. UK interest rates are well off their floor and are headed up. Inflation, of course, is running at about 10 per cent.

Under these circumstances, the impact – and wisdom – of extra borrowing is very different indeed. None of this would surprise Keynes, of course, who was always clear about the flipside to his prescription of fiscal expansion in circumstances when savings were too high and demand and investment too low: ‘The boom, not the slump, is the right time for austerity at the Treasury.’

Paradoxically, this analysis emphasises just how misguided the austerity of the 2010s was. We had a decade when the government could borrow essentially with no limits at very low interest rates. Doing so would have stimulated the economy overall; it would also have avoided the hollowing out of the welfare state that left us so vulnerable to the wider social consequences of Covid and its aftermath and helped repair and improve Britain’s creaking infrastructure. The government chose not to, with deeply depressing (in all senses) results.

Now, however, as the UK faces significant inflationary pressures, interest rates are rising globally and in the UK, and Brexit and various other economic policy mistakes have reduced market confidence.

It is just at this moment when the incoming administration looks as if it plans to increase borrowing significantly both in the short and medium term. The legitimate (in my opinion) criticism of Keynesian theory in the Treasury and elsewhere was always less about the theory than the practice: that for political or bureaucratic reasons, the government would always get the timing of when to expand or contract (very) wrong. The Conservatives seem determined to prove this correct.