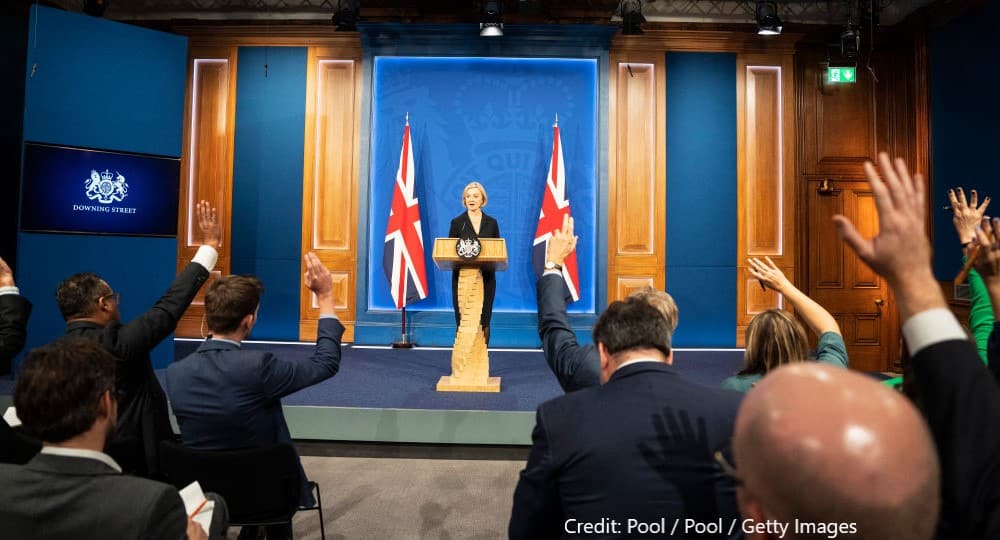 In light of the current political and economic turmoil, Iain Begg sets out three connected trilemmas facing the Truss government – on the public finances, the cost of living, and political legitimacy.

Academics love a good trilemma, the juxtaposition of three positions of which only two can be attained simultaneously. A prime example is the effect of Brexit on Northern Ireland, with the impossibility of having no border in Ireland and no border in the Irish Sea, while insisting on not being part of the EU single market.

The travails of the Truss government can be summed-up in three trilemmas of its own making. The first is one of simple arithmetic around the public finances (figure 1). The proposition that taxes can be cut and public spending maintained, without increasing public debt, is justifiably mocked as fantasy economics. 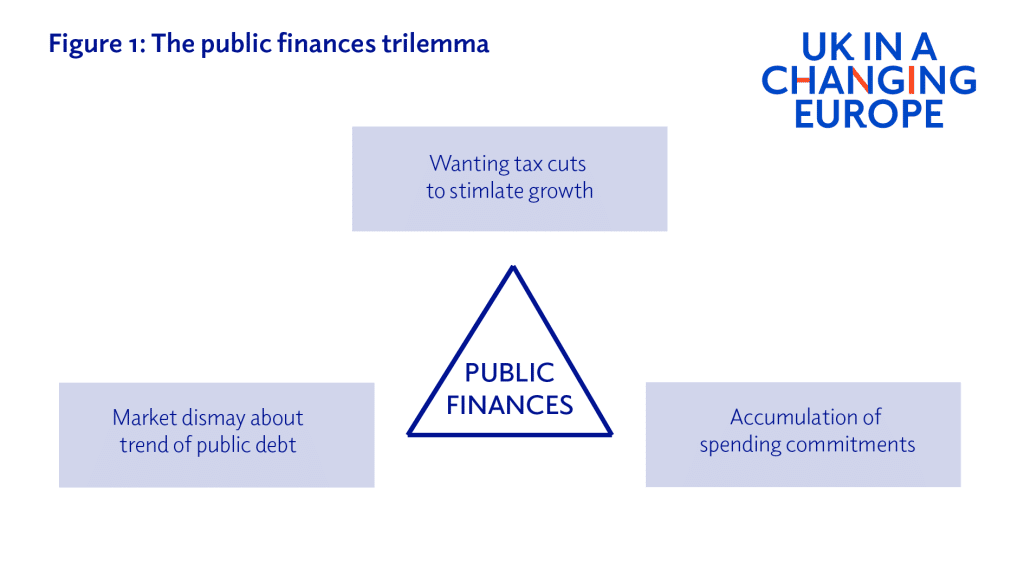 A quantum leap in growth might, eventually, offer a way to resolve this first trilemma, but evidence from the last three weeks has shown that the bond market ‘vigilantes’ will not wait. Moreover, the deep divisions in the Conservative party about which legs of the trilemma to favour – never mind what others, including voters, think – complicate the choices.

Second, there is a cost of living trilemma (figure 2), somewhat more complicated than the public finances one. The government has, as have many others in Europe, quite reasonably decided to cushion the effects of the surge in energy prices by imposing a cap on energy bills for both households and businesses, entailing a massive taxpayer subsidy.

Doing so should bring down the headline rate of inflation, because it diminishes the energy component in the inflation calculation. However, incentives from high prices to economise on energy consumption will be lowered, highlighting the irony of a pro-market government intervening to prevent the market working.

A link with the first trilemma influences the second part of the cost of living one. Government largesse, relying on borrowing, pushes up borrowing costs, leading to higher mortgage interest rates. Households (the same applies to businesses) then find that what they gain from the curb on energy prices, they may lose in interest payments.

What this reflects is a clash between a monetary policy (the responsibility of the Bank of England) set to counter inflation by slowing demand in the economy, and a fiscal policy (decided by the Chancellor of the Exchequer) aimed at boosting demand. The drivers of this vehicle of state have one foot on the accelerator and the other on the brake.

The third leg of this trilemma is the prospect of a price-wage spiral which, if it took hold, would entrench inflation for longer. Workers, unsurprisingly, seek pay rises to compensate for rising prices. Pay demands will be especially tricky for the public sector, because if it resists, more strikes should be expected, whereas if they are granted, the public finances will deteriorate further. 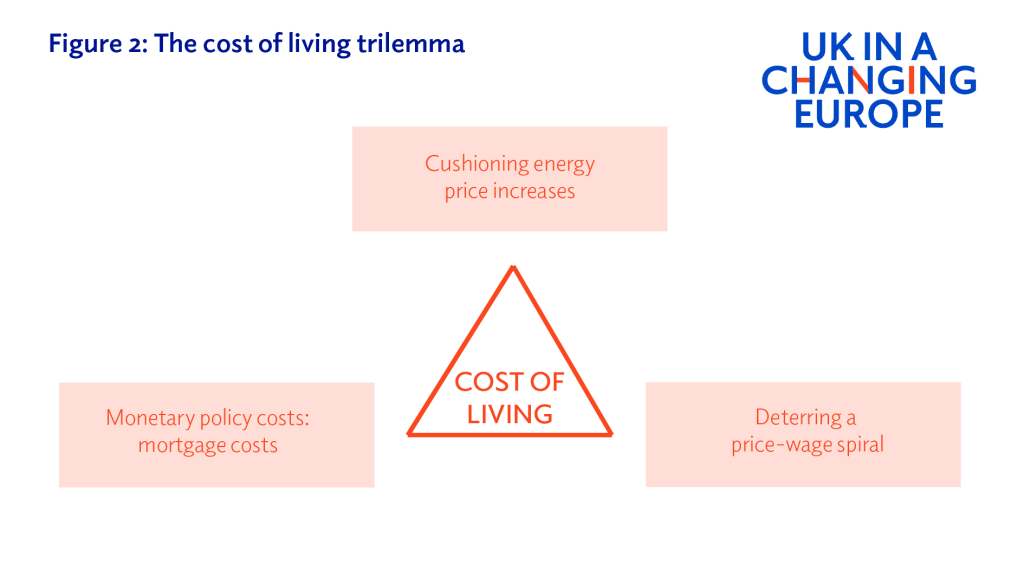 Two distinctive features of the UK system add to the problems. One is the way electricity prices are set. In a complex formula, the price depends on the order in which different sources (wind, solar, nuclear, gas) feed into the mix used to generate electricity. Put simply, the price is dominated by the most expensive which, today, is gas, not the average of the different inputs.

Then there are the thresholds for income tax and national insurance. As wages and salaries rise in cash terms, even if by less than the rate of inflation, more people are brought into the tax net or into higher tax bands. As a result, there is less money in people’s pockets.

The third trilemma is more overtly political: does the government have a mandate for change? The convention in UK politics is that the winners of an election should deliver on their manifesto, in this case, the 2019 one that propelled Boris Johnson into number 10.

However, the whole thrust of Liz Truss’s campaign to become leader was to overturn the policies of her predecessors in a dash for growth. She succeeded in persuading the ‘selectorate’ of Conservative party members, but the country as a whole was given no say, raising awkward questions about the legitimacy of her agenda.

In addition, much has been written about the ambition of the Truss government to break with the various economic orthodoxies she and her supporters decry. U-turns and disarray since the now notorious fiscal event of 23 September may well have sounded the death knell for Trussonomics, but the implications for the credibility of the government and trust in the PM are highly damaging. 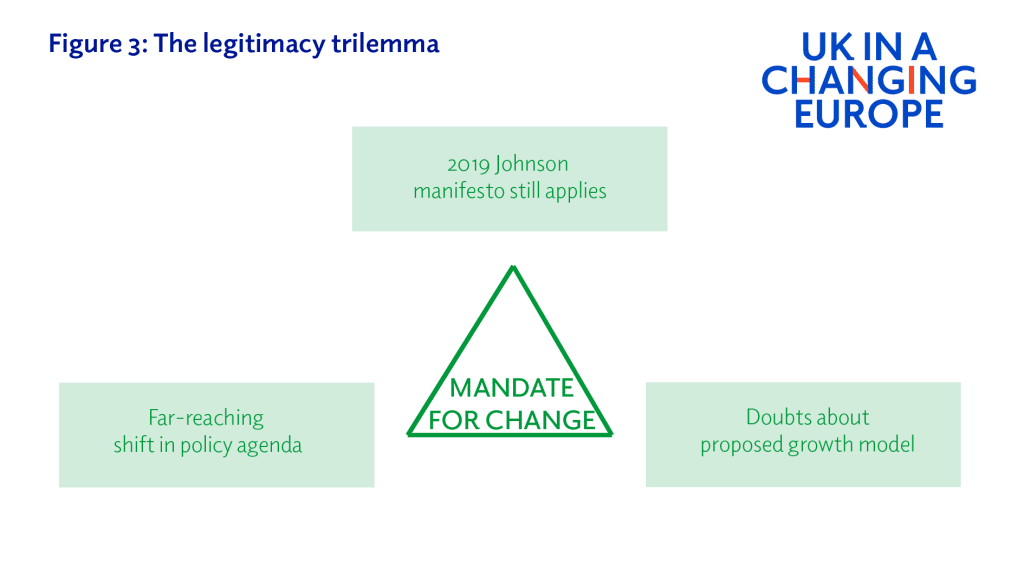 Adding to the pressures on the Truss government is the resurgence of the Labour Party, rendering it electable and, if polls are to be believed, capable of securing a sizeable majority in the next general election, an outcome considered highly improbable even a few weeks ago. For Tory MPs pondering Truss’s future, the choices do not look appealing – yet the same trilemmas would still have to be confronted by any new leader.

To reiterate, the essence of a trilemma is having to choose among three options. As the intractability of the trilemma behind the infamous Northern Ireland protocol amply demonstrates, there are no easy answers. Come to think of it, Truss is also closely associated with the Northern Ireland protocol: maybe the title of this piece should be four, not three, although that would lose the alliteration.

This blog draws on a presentation made by the author to the Konrad Adenauer Stiftung ‘Finance Expert Conference’, Cadenabbia, 13 October 2022.