Trust, distrust and the 2019 general election 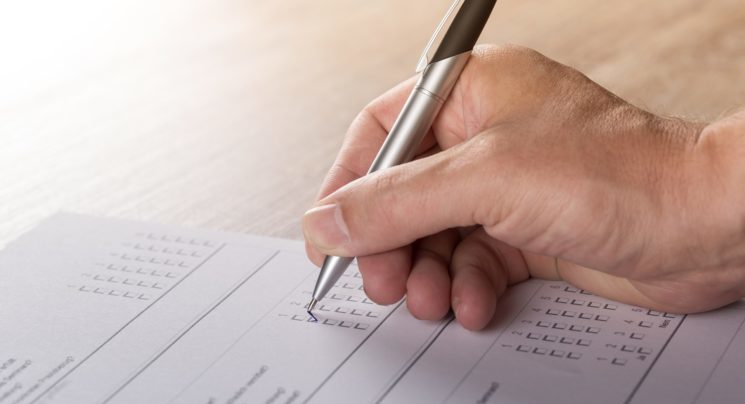 A lack of political trust contributed to the Brexit vote, providing fertile ground for anti-establishment rhetoric and divisive politics. The further people are geographically from Westminster, the further they feel emotionally and ideologically. This is not new, but whoever wins the general election will have to deliver on the promises they make – otherwise they risk binding themselves in the political trust trap which led British politics here.

In pressuring the opposition parties to give him an election, Boris Johnson declared that the electorate were “being held captive by this zombie Parliament”, with Conservative MP Robert Halfon claiming the ongoing gridlock was “undermining trust in democracy”.

A quick look at Figure 1, on trust in MPs taken from waves of the British Election Study internet panel between 2014 and 2019, confirms something of a downward trend (from an already low base since the 2016 referendum), and a pronounced slump following the 2017 general election – during the period in which Theresa May’s deal fell apart.

The picture is somewhat complicated by a slight uptick in trust around the spring of 2019 (though it remains well below the level prior to the referendum). Notably, the evidence also shows that trust has collapsed among both Leave and Remain supporting voters just when – at least according to Halfon’s logic – Remain voters should have been jumping for joy at MPs ‘thwarting’ Brexit. Despite their differences, both groups are deeply disaffected with Westminster.

Figure 1. Trust in MPs, with Leavers and Remainers compared 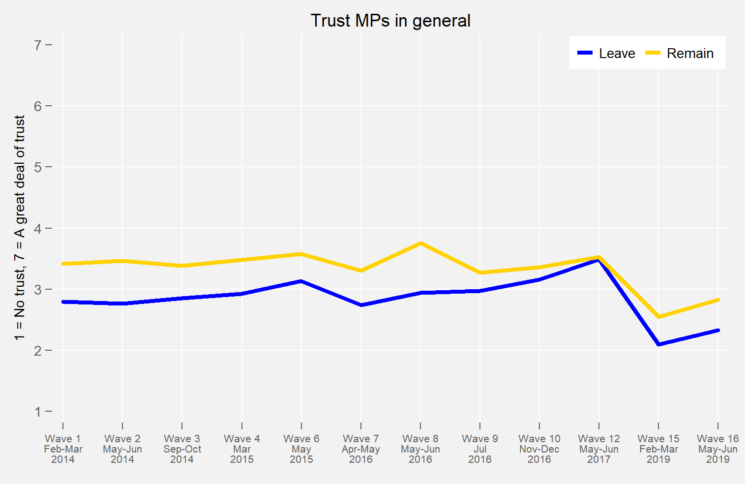 Of course, connecting trust judgements to what is driving those judgements is a tricky exercise, as we are exploring in our ESRC-funded TrustGov project. One common set of factors commonly claimed to drive trust is the actions of politicians and governments. Do they deliver what they say they will? Do they act in your interests? Do they care about you and people like you? Do they behave with integrity?

To restore trust lost by the Brexit shambles, traditional scholarship on trust would suggest that the 2019 general election will need to see delivery on politicians’ promises aplenty. If those pledges are not fulfilled, the already toxic mix of British politics will deteriorate further.

‘Getting Brexit done’ will plainly disappoint Remain voters. If one thing is certain in trust research, it is that your side winning is a big boon. But if the effects on the NHS, personal finances, businesses and the economy are not as bad as feared, trust might yet pick up among Remainers. A key problem is that Remain and Leave support has become part of people’s identity and how they define themselves – and how they view the other side.

In the context of such ‘affective polarization’, evidence of a good performance after Brexit might not cut through to Remain voters as much as the government delivering it might hope. That is because divisions move beyond ideological positions and closer to identity, resulting in high levels of positive in-group perceptions, and high levels of out-group hostility.

In the same vein, the consequences of a damaging Brexit might not be recognised by Leave voters, who might instead attribute blame to ‘Remainer MPs’ or the EU, rather than the architects of the policy itself.

Leavers have high expectations for the post-Brexit world, and satisfying those expectations is going to be hard, regardless of the final deal. They not only expect Brexit to be delivered, but also that it will bring many of the promised benefits.

Figure 2 shows that regardless of their level of political trust, Leave voters on average are more likely to believe the effect of leaving the EU will make the NHS better, contrasted with Remain voters who are more gloomy about this prospect. This is true across a number of policy areas, from peoples’ own finances to the national economy to businesses. 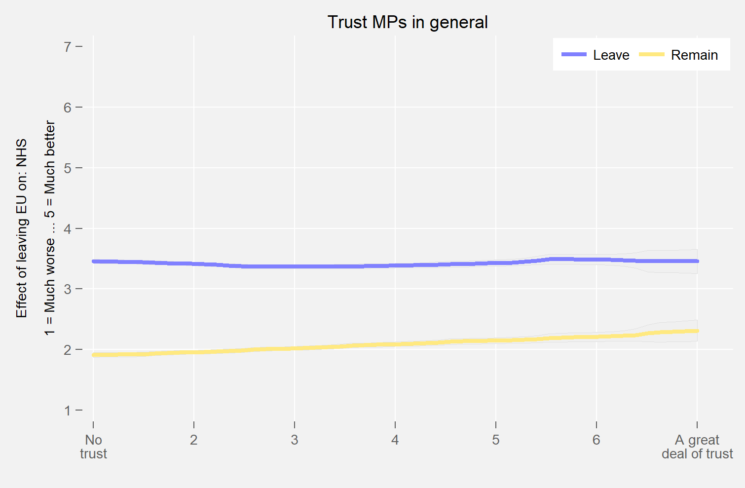 In effectively polarised environments, performance evaluations tend to be clouded by in-group bias. Getting people to recognise that the NHS has been boosted will require careful investment and sustained planning. Securing improvements in personal finances may be a challenge following years of incomes having been squeezed.

Stimulating the economy and the outlook for businesses, especially in Leave-voting areas that have suffered decades of economic decline and disinvestment, would seem beyond the current capabilities of British government. But perhaps the act of Brexit – and symbolic reclaiming of sovereignty – itself will be enough to restore trust in politics and democracy for Leavers.

It is possible that the political parties will carefully manage expectations during the election campaign to avoid a further erosion of trust. The early signs suggest not, as all the major parties are turning the populist dial up in terms of their claims and their framing of the choices on offer.

Unlike in elections where populists make noise as challengers but are not close to power, these are populists who will have to deliver on their promises if they win. If the failure to ‘get Brexit done’ since 23 June 2016 has resulted in a loss of political trust, delivering it without the promised benefits and sunlit uplands may yet result in a further downward spiral of distrust and disaffection.

By Dan Devine, Jen Gaskell, Will Jennings and Gerry Stoker, University of Southampton.