‘Trust me’ is not a winning appeal for referendum votes 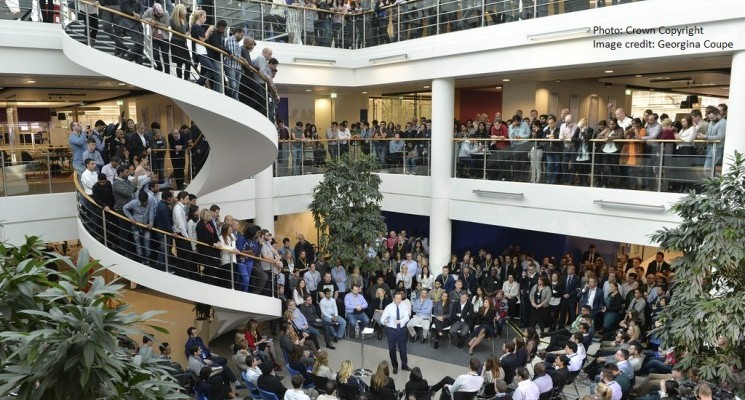 In the referendum campaign, both sides are painting conflicting pictures of the future if Britain stayed in or left the European Union. Since no description of the future can be backed up by evidence, campaigners are in effect asking voters to take on trust what they forecast. Such appeals assume that voters are inclined to trust politicians and the arguments that they make. However, this is not the case.

When voters are asked what they feel about MPs and political parties, more people express distrust than trust. In a nationwide survey about whether British politicians are held in high or low esteem, only 31 percent trusted MPs and less than one-third expressed trust in political parties. The proportion trusting central government and local government officials is higher, but these groups are expected to stay neutral during the referendum campaign.

The lack of trust in politicians means that few electors will play ‘follow my leader’ when deciding how to vote in the EU referendum. This unwillingness has already been shown by the failure of David Cameron to get a positive response to his claim that the changes he negotiated in Brussels in February can be trusted to reduce the EU’s influence on Britain. Most Britons think he got a poor deal.

Advocates of remaining in the EU are trying to turn distrust to their advantage by raising fears about what would happen if the UK left the EU. The rosy scenario that proponents of Brexit paint about the future of Britain outside the EU is rejected as wishful thinking that cannot be taken on trust. Even if voters distrust pro-EU politicians as much as their opponents, the former can make the case for staying in the EU on the basis of evidence rather than appeals for trust in their judgment.

The advocates of Brexit appeal to Britons distrusting politicians by calling attention to the current EU difficulties. Problems in dealing with the migration crisis and the low rate of economic growth in the eurozone are cited as evidence that the EU can’t be trusted to look after the national interests of Britain. The message has the strongest appeal to UKIP supporters; 71 percent distrust MPs compared to one-third being distrustful of politicians in the Conservative and Labour parties. Following on from this, 87 percent of UKIP supporters say they will vote to leave the EU when the referendum is held. By contrast, only 30 percent of those who support other parties or are undecided say they will vote for Brexit.

The survey shows that Britons who trust parties and politicians at the national level also tend to believe that staying in the EU is preferable to leaving. Among electors who have made up their minds, two-thirds who trust MPs are inclined to cast a ballot to remain in the EU. In a complementary manner, almost three-fifths of those who distrust MPs are inclined to vote in favour of Brexit. While in relative terms positive trust gives a greater boost to staying in the EU than distrust gives to leaving, in absolute terms distrust provides more fuel for departure. Among those who have decided how they will vote, distrustful Britons will cast four votes for leaving the EU compared to three votes for remaining cast by those who trust MPs.

Trust or distrust in politicians is not the only factor influencing how people will vote in the EU referendum. Educated voters can use their knowledge and experience to make up their own minds independently of what trusted or distrusted leaders advise. In the survey reported above, 36 percent favoured remaining in the EU, 36 percent leaving and the remainder had yet to make up their mind.

The questions about the esteem of British politicians were asked in a survey conducted by Efficience3 in December 2015, in which a random sample of 1,004 Britons were interviewed. The survey was funded in part by an ESRC grant to the author from the UK in a Changing Europe programme.

Professor Richard Rose is a commissioning fund awardee of the ESRC initiative on The UK in a Changing Europe and director of the Centre for the Study of Public Policy at the University of Strathclyde Glasgow.