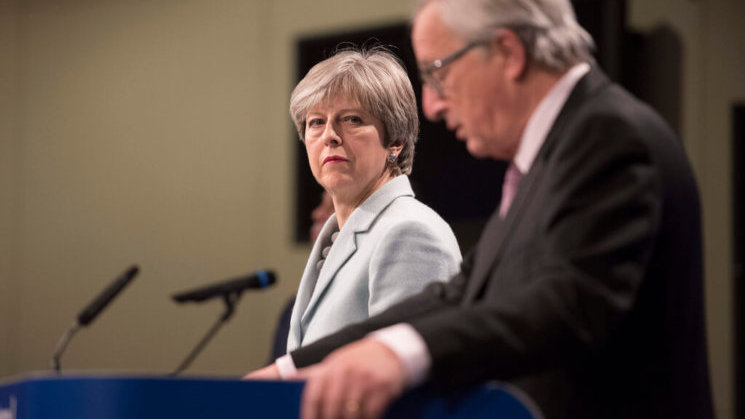 A week, as they say, is a long time in politics. Little wonder that the last couple of years felt like an eternity.

So, two years after the referendum what, if anything, have we learned about Brexit, and indeed about ourselves?

Well, first and foremost, we’ve discovered that leaving the EU is unbelievably difficult.

Untangling 40-plus years of membership was never going to be easy. Doing so under the ridiculous time constraints imposed by Article 50 doubly so. A senior civil servant recalled one of his EU colleagues remarking that Article 50 was written in such a way that only the British civil service would have a chance of getting it done in time.

Which points to another lesson. Whoever was in charge of this process, whatever the size of their majority, doing Brexit would have been difficult, all-consuming and messy.

And this is so not least because of the choice the EU has presented us with. Michel Barnier’s infamous “steps of doom” mean there simply isn’t the room to arrive at the kind of ambitious free trade agreement of which the Prime Minister long dreamed. Rather, the Government must choose between three unpalatable options, or rather two unpalatable ones and an inconceivable one.

Whether the Dominic Grieve amendment had passed last week or not, the Prime Minister now realises that no deal is not an option at all.

Leaving us with two: a Brexit that is economically ruinous and one that, essentially, equates to membership without the perks.

We must, in other words, choose between something that looks like the EU’s deal with Canada (though in all probability a Canada minus rather than a Canada plus) or something resembling continued membership of the single market and customs union.

There isn’t much of a half-way house. All the clever talk of a “partial single market for goods” is unrealistic. It would be complicated to manage, and does not really help even manufacturers. Rolls Royce, to use the most cited example, make a fair amount of their money from “service” contracts on their goods. Moreover, and not incidentally, the EU has not indicated it would accept anything along these lines.

So back to the binary choice. Neither is perfect. Far from it. “Canada” presents economic problems. It would mean hardly any agreement over services – the bulk of our economy and the area where we enjoy a healthy surplus with the EU. And it will imply the need for customs checks at Dover. The Prime Minister herself implicitly recognised that such an outcome would be nowhere near good enough in her Mansion House speech.

Equally, however, a straightforward “Norway” solution, with the UK unambiguously within the European Economic Area, is not one that would work politically here. So the question is whether something substantively similar can be dressed up as something sufficiently different – perhaps with registrations for EU nationals, a hyping up of the emergency brake on migration that the EEA treaty allows and stricter application of EU rules on free movement.

This is where the debate now is. Find a clever way of selling the status quo, or adopt a model that impacts severely on trade and hence our economy, and deal with the political consequences.

I, for one, have no earthly clue how this will play out. But as this stark choice becomes clearer, and as we approach squeaky bum time, the choice has to be made. Cabinet unity will be stretched to breaking point. Resignations seem inevitable as the PM is forced to do what she has so far refused to do: make a binding choice.

And remember this is only a part of the story that has played out since 23 June 2016. The other is not about the EU, but about ourselves.

Brexit is happening against the backdrop of a politics changing radically before our eyes. The traditional class bases of support for both major parties seem to be shifting. Hardly surprising then that neither the Tories nor Labour seem sure what post-Brexit offer to make to voters: neither is wholly certain which voters it is trying to attract.

This political churn, combined with the all-consuming impact of Brexit on Whitehall, means that little if anything has been done to address the substantive domestic implications of the referendum. And this matters because it is here, rather than in Brussels, that the domestic political battle over Brexit will be won or lost.

Whatever her subsequent errors as Prime Minister, Mrs May adeptly captured the mood of the country when she made that striking address from the doorstep of her new residence in Downing Street in July 2016.

Brexit represented many things, not least a profound dissatisfaction with the political and economic status quo. Hence the real measure of its impact will not directly be what happens in negotiations with the EU, but how our Government decides to tackle this dissatisfaction. And of course the EU will no longer be there to provide cover for domestic policy failures.

Certainly, something more substantive and less dishonest than the “Brexit dividend” for the NHS is required. What that will be offered, as both major parties flounder, is anyone’s guess.

And so, to the final lesson. There is a long, long way to go. We have reached the Brexit foothills. But the real mountains – sorting trade, then, more importantly, sorting ourselves – still await us. Happy anniversary.