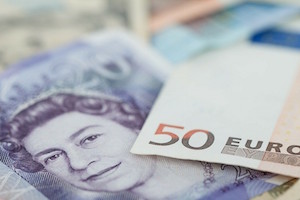 It is often said that a camel is a horse designed by committee. Their humps and famous bad tempers supposedly reflect the sort of awkward compromises which can arise when making decisions by committee. When compromises are made over the regulation of financial services the effects may be less visible but the consequences much more serious.

The European Commission’s (EC) decision in 2012 to create a European Banking Union (EBU) in response to the financial and sovereign debt crisis was a transformational event for Europe.

It crosses the Rubicon of pooling some fiscal resources of those member states who join the EBU (eurozone members are required to join and non-eurozone members are encouraged to join). It also raises some regulatory important issues for those members of the European Union (EU) who, like the UK, choose to remain outside the EBU. This blog summarises four such issues discussed in this article in the National Institute Economic Review.

Assuming no more countries join the EU by 2020 at least 23 of the current 28 states will also be members of the eurozone and therefore the EBU.

Denmark and the UK are the only two EU members that are not legally bound to join the eurozone, and therefore the EBU, although the Danish Government has indicated a preference to join the EBU as a non-eurozone country.

The upshot is there will be two major central banks responsible for monetary policy, bank regulation and bank resolution within the single market.

The European Central Bank (ECB) will act on behalf of at least 23 members while the Bank of England will act for the UK. The rub is that the UK is the home to a large share of eurozone wholesale financial markets.

The first issue is whether it makes sense to have two financial regulators and two sets of regulations in one internal market. While the EC has stated there should be close cooperation between regulators, it is clear that there are already differences between their regulations.

This means, for example, that an international bank can raise funds in one member state and then transfer the funds within its banking group to another member state under different regulations.

Differences in macro regulations aimed at curbing excessive risk taking can also be mitigated by similar within banking group transfers. While in theory changes in the exchange rate could mitigate the gains from exploiting two different regulations, in practice it is unlikely that markets would be quite so acquiescent.

A second issue relates to representing different taxpayers’ interests in bearing the cost of failing or failed international banks. The ECB is directly responsible for the 130 largest banks in the EBU. Some of these banks have systemically important businesses on both sides of the EBU fence.

In a resolution process the ECB and the Bank of England would act on behalf of different taxpayers; and the actions of one may have very important consequences for the other. Even when banks operate in different countries as legally separate subsidiaries – national interests dominate. For example, Lehman Brothers had a separate London subsidiary from its US parent company. However, through its integrated cash management system, cash was transferred from London to New York just before it was declared bankrupt.

A third set of issues is around where financial institutions, including the offices of regulators, should be physically located. Finance is an attractive industry with high paying jobs, tax revenues and requires professional support services.

Regulations that influence where institutions are located are collectively known as ‘location policy’. This has been a source of contention over where Central Counterparties (CCPs), which facilitate trading in euro denominated derivatives and equities, should be located.

The UK Treasury appealed to the European Court of Justice that an ECB decision that CCPs should be located within the eurozone contradicts the single market. The Court upheld the appeal. However, the UK requires a special arrangement with the ECB to access euros in the event of an emergency. This arrangement carries its own risks.

Fourth, the design of EBU institutions reflects the reality of delivering monetary union ahead of political union. The ECB was created by the Maastricht Treaty as a monetary institution and therefore awarded a high degree of independence from political meddling. However, EBU institutions have been ‘shoe-horned’ into the ECB’s remit.

The result is that decisions which may involve taxpayer’s money, such as bailing-out a large bank, can involve surprisingly little political accountability.

Even if the UK were to join the EBU (which could reduce the UK’s risk in another banking crisis), it could not join the ECB’s Governing Council unless it ditched sterling and joined the eurozone.

At present the EU single financial market with two major central banks and sets of regulations looks more like a camel than a horse. But we now have an ideal opportunity ahead of the UK’s in-out referendum to resolve these issues.