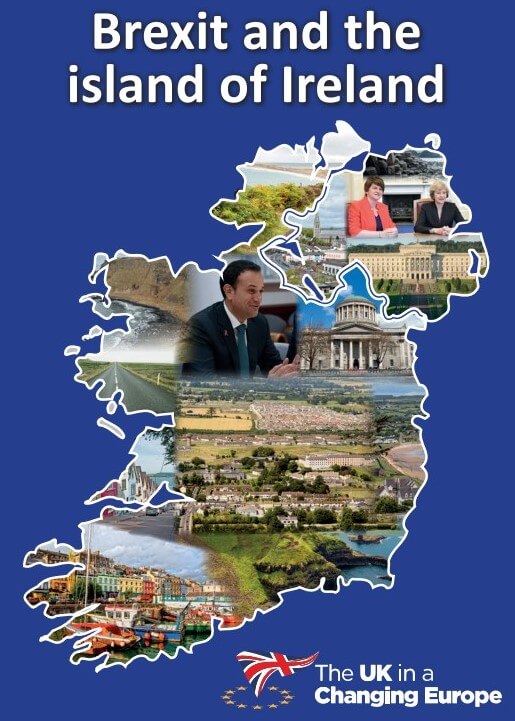 The United Kingdom and the Republic of Ireland face similar trade-related exposures to Brexit a new report by academic think tank The UK in a Changing Europe finds.

The 10 chapter report is being launched on the day of The UK in a Changing Europe’s Brexit and the island of Ireland conference in which keynote speakers are Rt Hon Owen Paterson MP and The Rt Hon Hilary Benn MP. Other speakers include the former prime minster of Ireland John Bruton, Lord Bew, Gerald Angley from the Embassy of Ireland, Great Britain, Catherine Moroney, head of business banking at AIB and Lord Paddy Ashdown.

The report finds the peace process and Good Friday Agreement are absolutely critical in the Brexit negotiations. Brexit will unsettle many of the assumptions of the peace process around British and Irish identity and may exacerbate divisions. National identity may become a signifier not only of national difference but also of those who are EU citizens and those who are not.

One of the report’s authors argues that the UK can deliver on the promise of no hard border in Ireland without remaining in the EU customs union or inventing new and complex schemes involving the tracking of individual consignments to their final destination.

Using a combination of quantitative and qualitative research, the report finds the proportion of people in Northern Ireland wanting to Remain has risen since the 2016 referendum. 69% would vote Remain if there was another referendum compared to the 56% who voted Remain at the time of the referendum.

Professor Anand Menon, director The UK in a Changing Europe, said: “This report shows that, whatever the outcome of Brexit, it will impact significantly, and in a number of different ways, on the island of Ireland.

“It is therefore incumbent upon all parties in the negotiations to deal with the issues with the due care, attention, sensitivity, respect and honesty.”