UK-Australia climate cooperation? Not while Australia is run by the fossil fuel industry 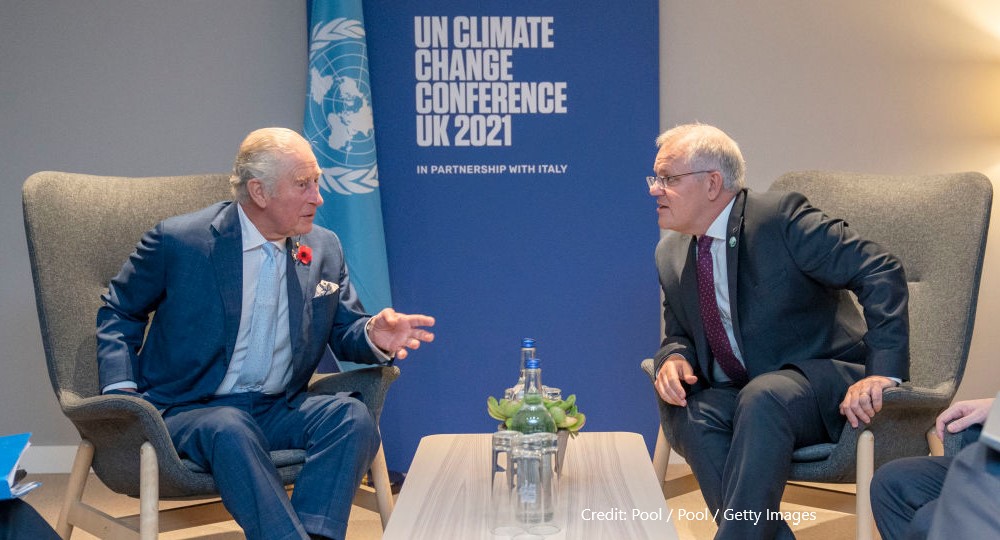 When the UK-Australia free trade agreement was inked in June this year, Boris Johnson emphasised the opportunity for enhanced cooperation between the two countries on climate change.

But Australian PM Scott Morrison’s performance at the COP26 climate talks in Glasgow revealed that a UK-Australia climate cooperation plan is one of the last paths that Britain should pursue.

While Morrison’s (conservative) Liberal Party was fighting with its junior coalition partner, the rural-based National Party, over whether to adopt even the symbolic gesture of the net-zero emissions target, a new report by the UN Environment Programme and leading international research institutes revealed Australia’s production of coal, oil and gas is projected to increase substantially between 2019 and 2030.

The report highlights the global fossil fuel ‘production gap’: the difference between governments’ plans or projections for fossil fuel production and the production levels consistent with globally agreed climate limits.

The gap is wide: in 2030, governments plan to produce more than double the amount of fossil fuels than would be consistent with a 50-50 chance of limiting global heating to 1.5°C above preindustrial levels—a temperature increase that would be disastrous enough, never mind the much higher temperatures toward which the world is currently tracking.

Australia is one of a handful of large fossil fuel-producing countries that is fuelling the production gap. Measured in terms of the emissions released when the fossil fuels are burned, the report shows that Australia is the world’s sixth largest producer of fossil fuels—extraordinary for a country that is home to only one third of one per cent of the world’s population.

Of course, much of Australia’s fossil fuel is exported: it is the world’s largest or second largest exporter (depending on the year and measure used) of both coal and liquified natural gas (LNG). This means the greenhouse gas emissions caused when the fuels are burned count towards the importing country’s emissions for the purposes of the Paris Agreement.

Fossil fuel exporting countries like Australia prefer it this way, and their diplomatic efforts over three decades have ensured that this accounting method is used in the UN climate process, including the Paris Agreement. It is this approach to emissions accounting on which Australia relies when proclaiming its domestic emissions reduction plans—including the new net-zero target.

But global emissions from fossil fuels are a function of the prices of these fuels, and prices—as any first year economics student can tell you—are determined by both demand and supply.

Fossil fuel exporters therefore share causal and moral responsibility for emissions that result from their production. We have no trouble accepting that the manufacturers of tobacco, narcotics, asbestos and weapons share causal and moral responsibility for the effects of their products. There is no reason to treat fossil fuel producers any differently. There is a growing global movement, backed by sound scientific, economic and ethical analysis, urging fossil fuel-producing countries to ban the expansion of fossil fuel production, and to start a managed and fair process of phasing it out.

Stopping coal expansion is the most urgent priority and the easiest to achieve. In fact, not allowing new coalmines to be built is about the most basic litmus test of the sincerity of a government’s commitment to tackling climate change that one could imagine.

Yet, even this idea is so antithetical to the expansionist logic of Australia’s fossil fuel industrial complex that when former prime minister Malcolm Turnbull endorsed a moratorium on new coal mines he was dumped by the New South Wales state government…from his new appointment to chair a climate advisory body. New South Wales has 24 proposed new coal mines or mine expansions in its major projects pipeline.

Queensland has 46, including the Adani-backed Carmichael mine—for so long the object of anti-coal campaigns—which will soon export its first shipload of coal through the world heritage-listed Great Barrier Reef.

And if you think that market forces might stop many of these projects proceeding, remember that the National Party conditioned its support for the ‘net zero’ target on the government agreeing to a wishlist of goodies. One proposal in these internal negotiations, from the Minister for Resources, urged the government to spend a quarter of a trillion Australia dollars to prop up financially non-viable fossil fuel projects. It’s not clear whether the Minister got his wish, but he has been promoted to Scott Morrison’s cabinet.

With the fossil fuel industry holding so much sway over his government, Scott Morrison’s net-zero target has net-zero credibility.

To the extent Boris Johnson’s vision of ‘Global Britain’ hinges on enhanced UK-Australia climate cooperation, it, too, is a sham.

Dr Fergus Green is a Lecturer in Political Theory & Public Policy in the Department of Political Science, University College London. He is a co-author of the 2021 Production Gap Report.