UK–Caribbean relations after Brexit: on a sticky wicket? 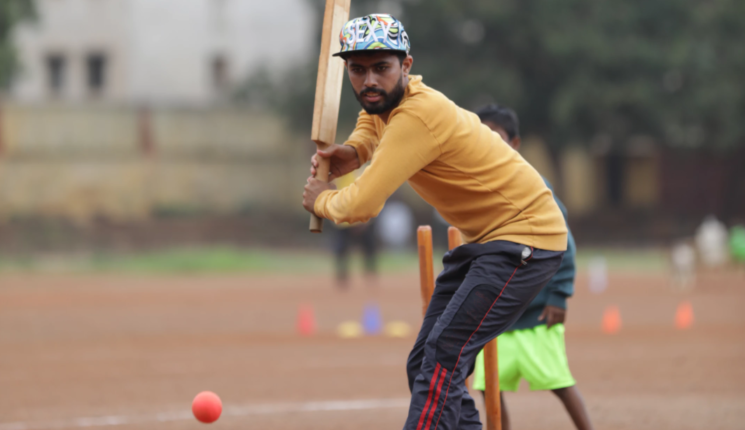 As the excitement builds for the Cricket World Cup, and national teams from across the Commonwealth visit England and Wales, there will be a focus once again on the role of the Commonwealth in the context of the UK’s political and economic relations after Brexit.

Many UK government ministers, and even more Brexiters, have highlighted the possibilities that the Commonwealth may offer, but the reality is more complicated. This blog focuses on the West Indies. As with its cricket team, relations between the region and the UK have perhaps seen better days – but might Brexit help to re-energise relations and deepen cooperation between these long-standing partners?

The potential impact of Brexit on the West Indies is interesting and complex because the region comprises a set of independent states (such as Jamaica), alongside several overseas territories (such as Cayman Islands) that retain constitutional ties with London.

What are the current relationships?

The EU is a key interlocutor for both the independent Caribbean states, primarily via CARIFORUM (Caribbean Community + Dominican Republic) and the overseas territories, albeit through different arrangements. For the former, there is the Cotonou Agreement, while for the latter the Overseas Association Decision (OAD) applies.

Both cover trade, aid and political matters, but because the overseas territories have a more direct relationship with the EU (via the UK, an EU member state) the OAD is a more advantageous agreement. So, for instance, there are more favourable rules of origin; the value of aid is greater; and free movement of their citizens is guaranteed.

Of course the two groups of countries in the Caribbean have separate bilateral links with the UK. Although the overseas territories have significant autonomy, the UK, via an appointed governor, has ultimate authority to intervene. For the independent Caribbean states, the UK has strong diplomatic links and provides some strategic financial assistance.

What is at stake?

After Brexit, the overseas territories will lose their link to the EU, because it currently runs via the UK. The independent Caribbean states will retain their links with the EU, although without the key role of the UK. In turn a new trading relationship will have to be developed between the UK and the Caribbean.

The risks are perhaps greatest for the overseas territories due to the breadth and depth of their present relationship with the EU, and the fact that this relationship will likely end entirely when Brexit happens.

So their access to the European single market will end; important assistance through the European Development Fund (EDF), which benefits even the better-off territories, will cease; free movement will stop; and their political access in Brussels will be closed off.

For the independent Caribbean states, Brexit will mean losing an influential and generally supportive voice in the EU. Over the years the EU’s engagement in the Caribbean has waned, and there is a concern that in an EU of 27 this trend will quicken.

Further, at present the UK provides 15% of the financing for EU development cooperation activities in Africa, the Caribbean and the Pacific (ACP) – and this loss will not easily be made good.

Finally, UK-Caribbean trade must be safeguarded. As an interim measure, on 22 March, CARIFORUM signed an Economic Partnership Agreement (EPA) with the UK. This in essence replicates the existing EPA that the EU has with CARIFORUM. This is a positive development, but a longer-term deal will be required.

The overseas territories, particularly Anguilla and British Virgin Islands, are concerned about what they might lose. They have been given very little clarity by the UK in terms of what comes next.

The only reassurance from the UK government is that they “will guarantee funding for specific EU projects over their lifetime”, and that “post-2020 [funding] will be considered as part of the next Spending Review”. This falls short of what the territories were hoping for, and they fear existing levels of EU spending will not be maintained by the UK.

The lack of reassurances over Brexit have come at a difficult time in UK relations with the territories. Some of the territories still feel that the UK response to Hurricane Irma is adequate; that the pressure on their financial centres to reveal the beneficial owners of companies penalises them unfairly; and requests from the Foreign Affairs Committee for them to legalise same-sex marriage and to widen the franchise is a threat to their autonomy.

The UK Parliament, including the Foreign Affairs Committee, is wanting a more forceful response to these issues, but the UK government is reluctant to enact any significant changes. Notwithstanding the overseas territories are alarmed. Independence is not on the agenda, but there are serious strains in relations.

The independent states, meanwhile, are facing a renegotiation of the Cotonou Agreement, and as noted above the climate is less benign than in the past. The EU sees Africa as the priority, and therefore Brussels’ focus on the Caribbean is likely to be more narrowly drawn on issues such as security, the environment and private sector-led development. The Caribbean might also be brought more closely together with Latin America, and that would not necessarily be welcome.

In terms of Caribbean-UK relations, there is a mutual desire to maintain and if possible deepen relations, but the recent scandal over the Windrush generation, and the threats against them, has not helped.

The Caribbean hope that a new trading relationship might be established, which would help revive some of their traditional industries, such as bananas and sugar, but that is unlikely as the UK signs more trade agreements. Any preferential advantage would soon be lost. In addition, trade flows between CARICOM and the UK are small.

For the UK, it sees the Caribbean as perhaps a location for a greater strategic presence. In an interview with The Telegraph last December then Defence Secretary, Gavin Williamson, suggested the UK could establish a military base in Guyana or Montserrat. Although the idea was largely ridiculed, it is a sign of how the UK might look to reboot relations going forward, but any plans must be credible.

As with much of the UK’s Brexit policy, there is uncertainty and concern in the Caribbean. The likely outcome for both the independent states and the overseas territories is greater vulnerability, isolation, and a decline in aid flows. We know what is likely to be lost, but the UK has said little about what a positive and coherent set of relations will look like after Brexit, and so it can be argued that relations, if not on a sticky wicket, are certainly on the back foot.

By Dr Peter Clegg, Head of Health and Social Sciences, and Associate Professor in Politics, University of the West of England, Bristol.