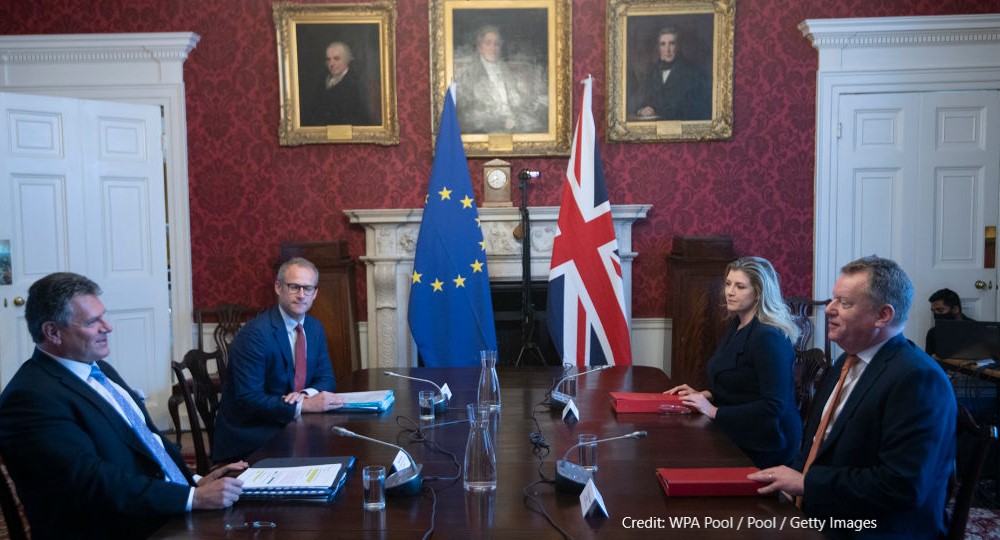 The UK constitution is a complex creature, drawing on law, history, precedent and convention. In the classic interpretation, there is only one sure feature: the sovereignty and omnicompetence of the Westminster Parliament. It is this doctrine that lies at the root of Euroscepticism, since EU membership seemed to undermine it.

Yet, while parliamentary sovereignty is a powerful doctrine, it is essentially an empty one.

As formulated by the constitutional theorist A.V. Dicey, it is a mere fact, brooking no argument. Parliament is sovereign because it is sovereign; or, to put it slightly differently, because, by dint of its sovereignty it asserts its own sovereignty.

This is, of course, a tautology and, when pressed, supporters of parliamentary sovereignty from Dicey onwards have fallen back on historical, instrumental or normative justifications. The most common is that, in a democratic age, it is a proxy for popular sovereignty, representing the will of the people.

It is this that allowed Brexiters to change tack immediately after the 2016 referendum, arguing that since ‘the British people’ had voted to free themselves from European domination EU that this could brook no opposition.

In my new book State and Nation in the United Kingdom: The Fractured Union, I argue that this all depends on a particular view of the United Kingdom as a unitary state and nation, with a single demos (people), telos (purpose), ethos (set of values) and locus of sovereignty.

Yet there has long been an alternative conception of the UK as a plurinational union, in which demos, telos, ethos and sovereignty are all contested. This has been reinforced in the last two decades by devolution to Scotland, Wales and Northern Ireland, and even by a more politicised sense of England.

In this interpretation, EU membership, far from being incompatible with the UK constitution, is a rather good fit: the EU is also a plurinational union in which demos, ethos, telos and sovereignty are contested and never definitively resolved.

Both unions rely not on common deep foundation but on multiple lines of connection, a series of accommodations and compromises and a shared willingness to make the union work.

EU membership brought in ideas of shared and divided sovereignty, which found resonance in the devolved nations of the United Kingdom but collided with the Westminster doctrine of sovereignty and constitutional assumptions rooted in English traditions and practice.

The Northern Ireland settlement required suspension of disbelief in sovereignty claims. It encouraged the expression of different national identities and communities (demos) and recognized the legitimacy of different constitutional aspirations (telos).

In Scotland, European ideas met with longer-standing scepticism about the relevance of English sovereignty doctrines and constitutional history to Scotland. This is not to say that there is a single, alternative view of sovereignty within Scotland, merely that the issue has never been resolved.

The referendum result, with narrow majorities for Leave in England and Wales, and larger majorities for Remain in Scotland and Northern Ireland, exposed the idea of ‘the British people’ (a single demos) having voted to take back control. It was only to be expected that it provoked centrifugal forces in Scotland, Northern Ireland and even in Wales.

EU membership provided an internal market regime for the United Kingdom, allowing the domestic devolution settlement to be more extensive than might otherwise have been possible, or was envisaged in the failed devolution proposals of the 1970s.

If Brexit was about restoring the power of a unitary Parliament ruling a unitary people, it is not surprising that it has entailed recentralisation within the United Kingdom itself. Early proposals (in the EU Withdrawal Bill) to take back all EU competences to Westminster, even in devolved fields, were reined in after opposition, but the power is still there.

There is a provision for getting consent from the devolved territories but measures will go ahead whether or not consent is given. There are no safeguards for subsidiarity (measures being applied at the lowest level possible) or proportionality (measures being no more detailed than necessary).

The next target for Euroscepticism may well be the Human Rights Act, which incorporates the European Convention on Human Rights (of the Council of Europe) into UK law. Separately, the Convention applies to devolved law in Scotland, Wales and Northern Ireland under the devolution statutes.

In England and in relation to reserved matters elsewhere, courts can only draw attention to breaches of the Convention, allowing Parliament to provide a remedy. In matters devolved to Scotland, Wales and Northern Ireland, the courts can strike down laws.

While the Convention has aroused opposition in England because it allows ‘foreign judges’ a say in domestic law, it is broadly accepted in the devolved territories. Opponents of the Human Rights Act have proposed to domesticate the law through a British Bill of Rights.

Unlike the European Convention, this would tie rights to a specific nationality, which is not shared by substantial sections of the population in Scotland and Northern Ireland. Yet the drafters of successive proposals for a British Bill of Rights have been surprised to learn of this, or of the distinct legal systems of the non-English territories.

Brexit was presented as an act of restoration, giving back to the unitary Parliament and nation the powers they had lost to Europe. It is looking increasingly like an act of creation, seeking to bring into being a nation that never really existed in the form imagined.

In a revealing passage, the UK Government’s internal market white paper describes the UK as a ‘unitary state’. We may not have an adequate vocabulary to describe the complex, plurinational union, but unitary state certainly does not capture political reality.

By Michael Keating, Chair in Scottish Politics at the University of Aberdeen.