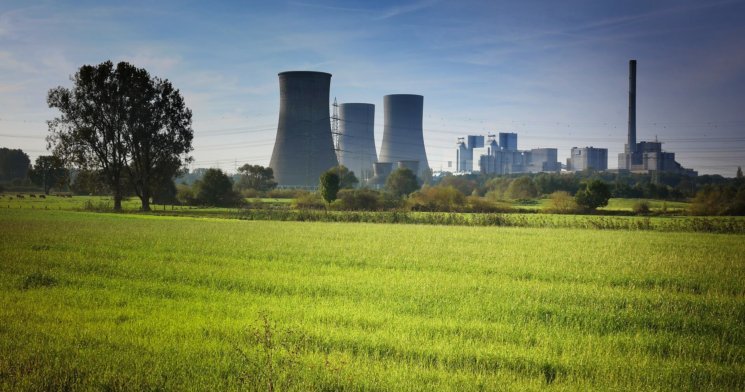 The trade bill draws closer and Brexit day is looming but what will all this mean for the environment? The government has promised a ‘Green Brexit’ and started laying down the planks via its 25 Year Environment Plan and Agricultural command paper, Health and Harmony. But can it deliver and how will the different Brexit options shape environmental policy in the UK?

Back in 2015, prior to the referendum vote, we explored the implications of three broad scenarios, Remain, Soft Brexit and Hard Brexit. This year, we have revisited that work but extended its scope to wider range of scenarios (Norway, CETA+++ Turkey, and No deal, both planned and chaotic) to provide clarity about the potential environmental implications raised by these key post-Brexit trade models.

We provide a transparent, evidence-based assessment of the risks to current policy and governance systems, ranging from limited to very high risk. We review policies, including birds and habitats, climate and energy, water quality, air quality, chemicals legislation, agri-environment, marine protection and fisheries.

Our analysis suggests that in general, the Norwegian model poses the least risk to current levels of environmental protection, whereas the chaotic ‘no deal’ model poses the highest risk. We find that nature protection policies are especially vulnerable as they are at risk under all scenarios. Limits to nitrate pollution are at risk under all but the Norwegian option.

On air quality, which has recently emerged as a major public health issue across the UK, ambient air quality standards will be at high risk under all but the Norwegian model. For tradeable products such as waste and chemicals we suggest that a chaotic no deal is a very high risk for these sectors and will have both environmental and economic consequences.

Moreover, the environmental risks posed by Brexit cut both ways. The UK has been a central driver of higher climate ambition within the EU (and beyond to international negotiations in the UN) and a greener Common Agricultural Policy (CAP).

The EU may struggle to maintain political momentum on these issues with the UK outside.   Hence, there are environmental reasons for both the EU and the UK to strike a strong, mutually acceptable deal well before exit day.

In addition to the risks we identify some mitigating factors, which we took into account in our analysis – namely the presence of international environmental commitments that can act as a backstop and the recent government publications on the pathway to achieve a green Brexit.

On the second, the government’s policy documents and consultations (the 25YEP and Health and Harmony) provide some clarity but lack detail. The 25YEP contains lots of promises to bring forward consultations, strategies and polices in the next year to two years. Worryingly though, where concrete commitment are made they generally offer weaker protection than that currently provided under EU law.

We see the re-emergence of the habits that characterised British environmental policy back when it was known as the Dirty Man of Europe via the inclusion of escape-hatch clauses into policy commitments that build excuses for failing to implement policy into legislation right from the start. Hence the 25YEP includes commitments that are instantly watered down by wording stating that targets will be met ‘where feasible’, where practicable’ and taking a ‘balance of interests’ into account.

Those of us who have studied and worked in the field for a long time know where such phrases lead – to economic interests trumping environmental concerns and vague policy commitments that are sacrificed at the altar of expediency and cost because they are deemed infeasible or impractical.

Moreover, not only does the 25 YEP suggest potential weakening of policy ambition it currently only covers England with limited indication of whether and how co-ordination across the UK will be managed.

From paper commitments to a Green Brexit

Finally, regardless of how they are written, all policies remain paper commitments until they are fully implemented. A necessary condition for a green Brexit is the creation of a strong statutory body that is able to hold the Government fully to account for its environmental performance.

This body should be well resourced, have prosecutorial powers, be fully coordinated across the four nations of the UK and be in place and running well before exit day.

Overall then our report demonstrates that there is lots of further work to do to deliver a Green Brexit. Moreover, the risks to the environment under the no–deal scenarios remain considerable – which suggests either that we should avoid this option altogether or that the government needs to put in place now a series of policies mechanisms to minimise the risks.