UK-EU talks: will they deliver progress? 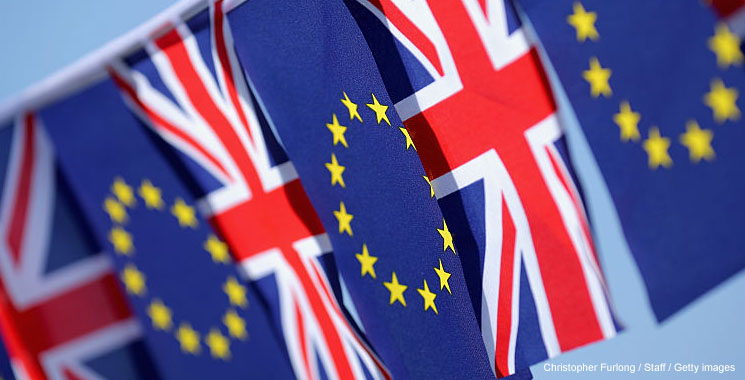 This week will see the intensification of talks between the UK and the EU. This arose as the practical outcome of the high-level meeting between the Prime Minister and the Presidents of the EU institutions: for the first time since March, negotiators will meet face to face, first in Brussels, and the following week in London.

The format is changing as well: no parallel sessions but talks scheduled for the whole week with two open sessions at the end to pick up issues that emerge. The teams will be smaller too – 250 UK negotiators will not be flooding St Pancras to get on the Eurostar.

There is not much time left now

The one thing we know is off the agenda is an extension. In the Joint Committee meeting on 12 June, Michael Gove ruled out the UK asking for more time. The EU made clear it was open to that – but saw no point proposing it if the UK was not interested. So the pressure is on to do a deal by the end of the year.

In fact, the end of the year is too late. Michel Barnier has set another Hallowe’en deadline to allow the EU enough time to ratify the deal.

Ratification by the EU and its member states is much more complicated than it was for the Withdrawal Agreement, while, barring a major misjudgement by Boris Johnson, it should pose no problems for the UK.

The UK’s chief negotiator David Frost set an earlier deadline for September, and, coming out of the high-level meeting, Boris Johnson said that there was no reason that with added “oomph” in the task that “we shouldn’t get this done in July”.

The first deadline though it likely to be missed. The Political Declaration committed both sides to use their ‘best endeavours’ to land a deal on fish by 1 July.

There is a session scheduled on the morning of 30 June, but the two sides are still miles apart, and it’s in neither’s interests to move on fish without being able to point to other concessions they have won. This looks to be another Brexit deadline that will come and go.

So far, there has reportedly been some progress on the detail but both sides are stuck on issues of principle: the UK insists on regulatory autonomy as the prize of Brexit, and the EU is determined that the emergence of the UK as a competitor economy on its doorstep does not undermine the integrity of the single market.

The high-level meeting agreed that the two sides would look to find principles that would provide sufficient assurances to create the space to settle the substance.

The limited teams on both sides suggest that these will be more strategic discussions than those between armies of negotiators.

With this in mind, what we will be looking for when we have the statements from both negotiators at the end of the week is whether they have managed to find a way to secure what the EU statement after the high-level meeting described as ‘an early understanding on the principles underlying any agreement.’ At the moment that looks much easier said than done.

Even if principles are agreed, there is a huge amount of detail to be settled

Agreement on principles may be necessary to get over the main stumbling block to progress but they are far from sufficient. It is not clear whether the Prime Minister genuinely thinks that the whole agreement could be done and dusted by July, but it looks unrealistic.

On fish, a deal may need to cover issues like transition, how to manage annual negotiations, and how to establish ‘zonal attachment’ to replace ‘relative stability’.

On services, the UK has a lot of important asks that go beyond precedents in some EU trade deals: how easy will it be for UK citizens to undertake short-term business visits to the EU? Will there be any progress on mutual recognition of professional qualifications? What will be agreed to allow trucks to continue to ply their trade between the UK and the EU?

And will there be any additional regulatory cooperation to give earlier warning of potential withdrawal of unilateral on ‘equivalence’ for financial services? The way to a quick deal is to ditch these asks – but there are important UK interests at stake.

On manufacturing, there is huge devil in the detail on rules of origin (which specify what counts as a UK good to benefit from a zero tariff) and on the whole regulatory bureaucracy businesses have to face outside the single market.

Will the EU concede mutual recognition of conformity assessment, as the UK is seeking, to avoid manufacturers having to get approval from UK and EU regulators for exports to the EU?

Such problems are even more acute for agri-food: can we get a veterinary deal that reduces the intensity of border checks to the levels the EU has agreed with New Zealand? That matters not just for farmers who export to the EU27 but also to the depth of that border in the Irish Sea.

And then there is security cooperation. Theresa May has pressed her successor on maintaining the UK’s access to EU databases after the end of the transition period.

There are also potentially big difficulties on other issues crucial to maintaining safety for citizens across the EU and the UK. But it’s tricky – and new – territory. It took the EU 14 years to do an extradition deal with Norway, and Norway is in Schengen.

And, and, and … there are treaties to be negotiated on aviation, air safety and other issues that will matter to individual citizens – not least how easy it is to take a pet over the EU border. To have all those sorted by October looks a stretch. By July looks absurd.

And negotiators have to settle the question of whether this is all packaged up into one agreement (as the EU wants) or agreed in multiple standalone agreements (the UK preference). Not only that, but they will need to figure out how to resolve the inevitable disputes down the line.

Thus, negotiators should not be banking on being able to take advantage of airbridges to the sun this August.