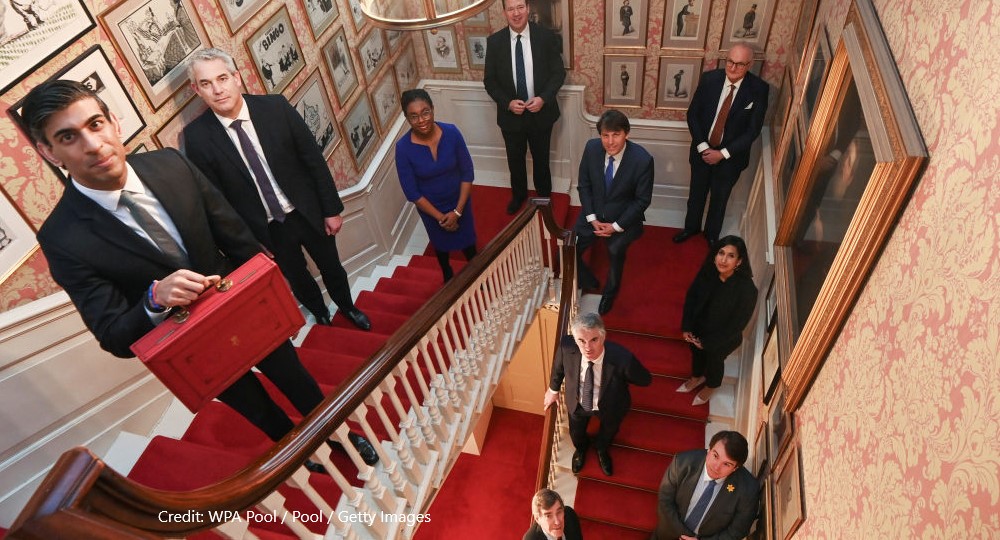 In his recent Mansion House speech, the Chancellor, Rishi Sunak appeared to signal that the government is no longer assuming that equivalence deals from the EU for financial services will be forthcoming. These decisions would have granted UK-based financial services firms greater access to the Single Market than now, although still markedly less than when the UK was a member state.

Operating without equivalence leaves the UK government at a crossroads in terms of the future of UK financial services.

To date, the Treasury and the Bank of England have repeatedly emphasised their aim of developing internationally open financial markets supported by high regulatory standards.

New markets are to be targeted both geographically, outside the EU, and sectorally in areas such as digital and green finance. Whilst such an approach stresses the opportunities presented by Brexit, important blind spots remain.

Most notably, in choosing domestic regulatory autonomy over continued Single Market access, it seems likely that London will remain Europe’s largest financial centre, but be smaller than it was before Brexit as financial exports to the EU decline. 40% of UK financial services exports were to the EU in 2019.

The extent to which the UK can offset this export market loss by increasing trade with countries outside the EU will be critical.

There are some positive signs. The reintroduction of Swiss share trading in London after Brexit has allowed London to reclaim its position as Europe’s largest trading centre, following a brief period in which Amsterdam dominated in early 2021.

But, contrary to David Frost’s recent assertion that ‘trade in services is relatively indifferent to geography’, UK financial exports to Australia and Switzerland, two countries that the UK has targeted for post-Brexit trade opportunities, was less than 10% of that to the EU in 2020.

Decisions also need to be made about the extent to which the UK will diverge from EU regulation which was essentially on-shored into UK regulation in advance of the UK’s departure, to provide business continuity to the sector.

To date, the government’s commitment to high regulatory standards has meant that it has been clear to stress that Brexit will not result in a largescale programme of sweeping deregulation to this newly important rule book. But we are seeing a flurry of specialist regulatory changes across a number of types of financial services activity, ranging from insurance to digital finance.

Whilst the regulatory reforms in any one area may be relatively minor, taken together the scope of change being considered is significant.

However, much of the attention is focused on the competitiveness of the City with less attention to paid to how financial services might contribute to wider economic growth post Brexit and Covid.

The recently published Taskforce for Innovation Growth and Regulatory Reform (TIGRR) is a case in point.

TIGRR was created by Boris Johnson in February 2020 to ‘scope out and propose options for how the UK can take advantage of our new-found regulatory freedom’.

Led by the Conservative backbench MP Iain Duncan Smith, its 130-page report sets out ‘ways to refresh the UK’s approach to regulation’ in order stimulate ‘innovation and growth’ after Brexit.

It is striking that financial services, together with clinical trials, is the sector for which the largest number of recommendations for regulatory reform are made (15 each). This compares with eight in relation to net zero and five in relation to mobility and transport.

More attention needs to be paid to how the opportunities for regulatory reform prompted by Brexit can be used to harness the financial services sector to support the wider economic challenge of responding to Brexit and recovering from Covid-19. This is particularly true in the parts of the UK that have seen persistently low economic growth relative to London and the south east.

The TIGRR report just about begins to consider how financial services may be used to support wider economic growth in the ‘real economy’.

This acknowledgement that financial services needs to support wider economic growth should be welcomed as the UK seeks to address its stubbornly uneven regional economic growth.

However, such an approach needs to move beyond infrastructure investment as part of wider ‘levelling up’ policies included in TIGGR to also tackle uneven rates of investment across the UK regions and nations.

Here more attention needs to be paid to how the reforms set out in TIGGR will sit alongside the recently announcement infrastructure bank in Leeds, for example.

Overall, the government has focused on how regulatory changes in the absence of equivalence decisions present opportunities for increasing the competitiveness of the City of London after Brexit.

However, given the scale of the economic challenge posed to the UK by Covid-19, it is imperative that regulatory reform also takes seriously the ways in which financial services sit alongside the so called ‘real economy’ as part of efforts to address the UK’s persistent uneven economic geography.