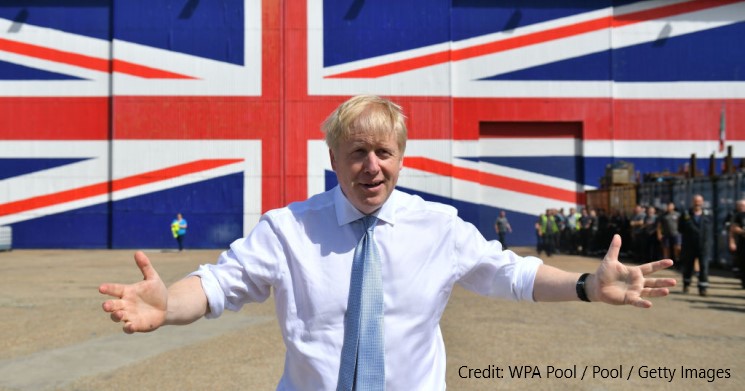 Much has been written about the fate of the UK high street, including on this site. This attention is well justified: our high streets provide vital insights into how Brexit, Covid-19 and economic disruption from a growing digital economy will be central to understanding the future development of the UK’s economy.

Prior to Brexit and Covid-19, there were already signs that high streets were facing a significant, and perhaps even terminal decline, as retail habits changed, fueled by increased online demand and cheaper rents available in out-of-town developments.

Covid-19 is posing the most immediate challenge to already strained high streets. UK retailers are reeling from a marked decline in sales following the lockdown. Total sales in May fell by 5.9% compared with the previous year, the second highest drop on record.

In an attempt to manage costs, a range of high street stores have passed salary costs onto the state through the furlough scheme. Data released by the Treasury shows that the the retail sector has furloughed more employees than any other sector.

As the furlough scheme winds down and employers are asked to contribute a higher proportion of wages, prominent high street names such as John Lewis, the Arcadia Group that owns Topshop, and food retailers such as Upper Crust have begun to announce job losses.

The UK’s largest shopping centre owner, Intu, has also entered administration as rent payments from stores were not sufficient to cover its debt.

This has led to the mothballing of significant redevelopment programs in cities such as Nottingham – an important reminder of the ways in which retail has come to dominate the urban landscape of our towns and cities.

However, these headlines conceal the different lockdown experience for different types of retailers. Whilst physical shops for non-essential items closed, essential food shopping in particular has seen a significant increase.

This was characterised by panic buying in the early stages of the lockdown, but sales have remained strong throughout. Barclaycard estimates that sales from supermarket spending rose by 24.5% in May.

For example, Boohoo, the online fashion retailer, purchased high street fashion retailers Oasis and Warehouse. Meanwhile, Amazon’s share price has climbed 30% this year, although questions have been raised about its labour practices during the lock down.

Similar questions have been asked of UK based suppliers for online retailers. Attention has focused on the pay and working conditions of Leicester’s textile industry, with links being made between the sector and the city’s Covid-19 infection rates that prompted the UK’s first local lockdown in July.

The UK’s changing trading relationship with the EU at the end of the transition period from January 2021 will be overlaid on this Covid-19 damaged, digitally challenged high street. Two issues stand out here.

First, Brexit will necessitate changes to the UK’s retail supply chains. The UK imports half of its food consumption, and official figures show that most of this comes from the EU. To date, despite lockdowns in most EU countries, food imports have continued.

Further supply issues may come from British farms, which have been dealing with the twin challenge of Brexit and coronavirus. UK seasonal farming has been understaffed since 2016, where promised tighter immigration controls have affected the number of workers willing to come to the UK to work on the farms.

The coronavirus has exacerbated these issues. The hope that unemployed and furloughed workers would meet the demand to pick fresh produce has not materialised. It is estimated the UK requires 80,000 seasonal farm workers.

The National Farmers Union estimates currently 20 to 30% of pickers are UK residents, a significant increase on last year, but staff turnover is also double. For this reason, seasonal workers – who predominantly come from the EU – will not be required to quarantine for 14 days like other international arrivals.

Second, like many other areas of the UK’s service sector, parts of the high street are reliant on EU migrant labour. The government’s proposed post-Brexit migration regime, which it intends to implement once freedom of movement ends, will also affect the retail sector.

The government has a proposed salary threshold £25,600 for migrants. The median weekly earnings for sales and customer services is £395 per week, or £20,402 per annum, suggesting that workers in these fields will not be able to come and work in the UK.

The high street then is a valuable and tangible example of how existing processes of economic transformation, in this case the growing but uneven use of digital consumption patterns, will become wrapped in post-Covid-19 and post-Brexit adjustments.

The outcomes of these processes are very hard to predict but will be significant in shaping the economic recovery of the UK’s towns and cities.

By Martin Heneghan, research fellow at the University of Nottingham, and Professor Sarah Hall, senior fellow of the UK in a Changing Europe.