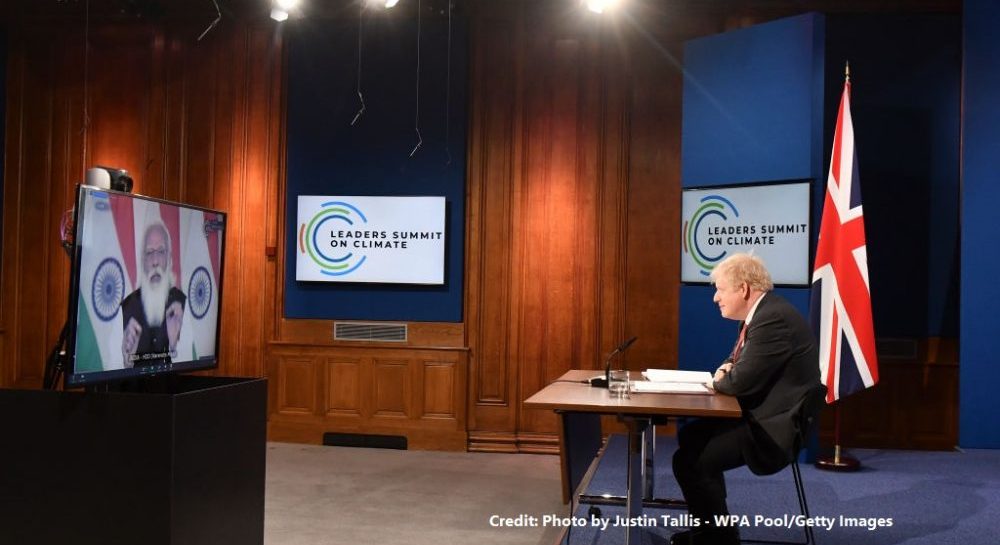 Since Brexit, India and the UK have been trying to strengthen their ties further. At a recent virtual summit, the Indian Prime Minister Narendra Modi and his British counterpart Boris Johnson adopted an ambitious ‘Roadmap 2030’.

During the Brexit referendum, and the subsequent debates, it was asserted that UK’s trade ties with many countries, including India, were constrained by the complexities of EU membership.

The implication was that once the UK left the Union, it would be able to quickly negotiate and finalise FTAs with New Delhi and others. Since 2016, there have thus been various discussions about possible UK-India Free Trade Agreement (FTA).

In July 2020, trade ministers from both the countries reached an agreement in principle for an Enhanced Trade Partnership (ETP) as ‘as part of a roadmap that could lead to a future FTA.’

This ETP was subsequently launched at this year’s virtual summit, and consists of provisions to facilitate market access, a roadmap for concluding pre-FTA negotiations by 2021, an interim trade deal and the continuation of FTA negotiations in 2022.

This agreement marks the promotion of the relationship between the UK and India to a ‘comprehensive strategic partnership’.

So what are the real prospects of UK-India FTA in the near future? This is an important question, because India’s recent record concerning FTAs is lacklustre.

In 2014, when Narendra Modi became Prime Minister, it was expected that he would liberalise the Indian economy further, and economic relations would be topmost in his foreign policy agenda.

Contrary to expectations, his government has been very cautious about trade agreements. It has not signed any major trade deal in the last six years, and India also walked out from the Regional Comprehensive Economic Partnership (RCEP) at the last minute. A limited trade deal with the US has also been elusive.

In the last few years, New Delhi has also terminated most of the Bilateral Investment Treaties (BITs), including with the UK and 21 EU member states. This happened because India faced many international arbitration claims under the BITs.

The British oil and gas company Cairn Energy is still trying to recover $1.72 billion from the Indian government.

The Permanent Court of Arbitration tribunal in The Hague had awarded this amount after overturning the levying of retrospective taxes by the Indian government.

Since mid-2020, two major waves of Covid-19 and accompanying lockdowns in India have triggered serious economic decline and uncertainties.

The mixed messages of the Aatmanirbhar Bharat (‘self-reliant India’) narrative have further raised concerns about India’s commitment towards liberalisation.

This has been evident in the tariffs applied by India on imports: the simple average of most-favoured nation tariffs has gone up from 13% in 2014 to 14.3% in 2020.

Despite these unhelpful trends, if there is any country with whom New Delhi is likely to sign a trade deal in the present circumstances it is the UK. The reasons are strategic, economic and geopolitical.

The Modi government is very sensitive about its image, both within India and abroad. In recent months, it has received negative international press concerning farmer protests and collapsing healthcare system during the second wave of the pandemic.

This has given a jolt to India’s image as a major rising democratic power. As many countries are now trying to ‘decouple’ from China, Indian policy makers are keen to project India as a country open for business.

At the recent EU-India leaders’ meeting, FTA negotiations with the EU were resumed. Started in 2007, these negotiations were frozen since 2013.

Both parties have also agreed for a connectivity partnership, and negotiations for separate agreements on investment protection and geographical indicators.

The Indian government is eager to forge some kind of interim trade deal with European countries.

This has become important as textiles, footwear, marine exports and so on are affected by increasing exports to Europe from Bangladesh, Cambodia and Vietnam.

But while it agreed to resume trade talks, the EU did not agree to the Indian government’s preference for a limited trade deal to begin with.

Due to comprehensive nature of the proposed deal, EU-India negotiations are going to take many more years to complete.

In comparison, India and the UK are likely to sign at least a limited trade deal in 2022. This deal could liberalise food and drink sector.

Major Indian exports in the sector are rice, tea, fruits and vegetables, prawns, while about 90% of UK exports to India are Scotch whisky, which attracts 150% tariffs.

The UK could also gain in the areas of financial and legal services. India could negotiate for movement of natural persons supplying services, and a migration MOU has already been signed.

Under the deal, India can send 3,000 young professionals annually to the UK in exchange for taking back undocumented migrants.

In the midst of economic slowdown, India has now started positioning itself as a crucial geopolitical player in the context of a rising China.

The UK Government’s Integrated Review asserts that during the next decade, the UK will deepen its engagement in the Indo-Pacific and transform its already close cooperation with India.

Through a series of engagements, including the Quad, India has established its relevance in the Indo-Pacific.

All three elements of the UK’s foreign policy ‘tilt’ towards the Indo-Pacific – security, economy and values – are making India and the UK closer.

Britain has signed an FTA with Japan and opened negotiations with the Comprehensive and Progressive Trans-Pacific Partnership (CPTPP).

The proposed FTA with India could be an important part of the strategy to expand its engagements in the region.

Although India has missed the RCEP, it has individual FTAs with ASEAN bloc, with South Korea and with Japan.

It would like to further strengthen economic ties with all those powers which are going to be active in the Indo-Pacific.

A India-UK FTA fits well with the both UK’s post-Brexit ambitions and India’s strategic choices. If both are able to sign a limited deal by next year, a comprehensive India-UK FTA could be expected in the next three to four years.