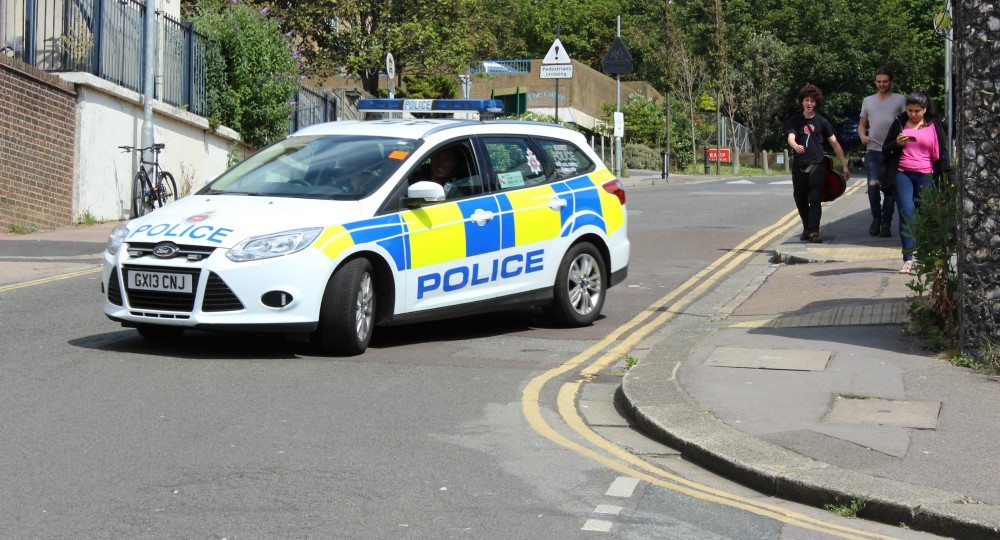 Despite the close working relationship between the Police Service of Northern Ireland (PSNI) and An Garda Siochána (AGS), Brexit presents a risk of increased criminality between Northern Ireland (NI) and Ireland at a time when loss of EU police and judicial cooperation mechanisms could negatively impact operational effectiveness.

Transnational crime – by its nature – crosses borders, and any changes to a border can impact the volume of crime or the way criminal gangs exploit borders. The extent to which the risks outlined below are realised depends on what the final relationship between the EU and the UK looks like.

The UK and Ireland have never participated in Schengen and maintained separate immigration policies in relation to non-EU citizens. Prior to Brexit, free movement of people meant that they had the same approach to circa 445 million EU citizens.

The UK will soon be free to alter its immigration policies in relation to EU citizens, and these policy changes will likely mean there is an increase in the number of people who are eligible to enter Ireland but not the UK.

At the same time the UK Government has promised that ‘there will be no routine immigration controls on journeys within the Common Travel Area, and none on the land border between NI and Ireland’.

Whilst UK and Irish authorities have always worked cooperatively, informal information exchange has been superseded by EU measures. Not only does a significant amount of information come through EU databases, but EU data protection law governs how all personal data is shared between member states.

Brexit could negatively impact the quality of information police and border officers have access to, particularly in a no deal scenario.

The extent to which Brexit might impact smuggling demand depends on how the NI Protocol is implemented and whether there is a UK-EU free trade agreement (FTA). If there is this would minimise incentives for smuggling because there would be no scope to exploit tariff differentials.

If there is no FTA, then there will be increased incentives for smuggling across the Irish Sea from Great Britain (GB) in order to access the EU single market and thus avoid paying tariffs levied on legitimate GB to EU trade. The risk will be greatest for those goods which could face the highest EU tariffs.

The risk of smuggling could also increase if the application of the UK Internal Market bill means that the UK diverges from EU standards and those goods can freely circulate in NI. A ‘race to the bottom’ would mean that there will be a need for tighter controls on goods entering NI from GB.

Foods produced to lower standards are cheaper to produce and the incentives to smuggle such goods into NI and/or onward into Ireland, would be greatest where the price differential is significant. The introduction of a new customs arrangements is an opportunity for new kinds of fraud, and this will need to be monitored closely.

The EU will be keen to assess the scale and immediacy of the subsequent risk for smuggling which is exploiting a poorly enforced sea border particularly in a no deal scenario.

The extent to which there is a risk of a resurgence in domestic terrorism in the coming years is unclear, but Brexit was presented in Northern Ireland along nationalist and unionist lines which has served to confirm old divisions.

Dissident Republican terrorists have in the past used the border to frustrate counter-terrorism operations, while they and other organised crime gangs breached bail and crossed the land border to avoid prosecution.

The political sensitivity of the border comes in to play when we look at how to mitigate crime risks across the border.

There is evidence of strong opposition to any kind of physical manifestation of a border which could become a target, particularly for the Republican movement. The UK must resist a knee-jerk reaction which could undermine the fragile peace agreement in NI.

EU criminal justice cooperation facilitates much of the joint work between the PSNI and the AGS. Both forces have made clear that participation in EU measures have enabled them to provide a quicker, more efficient, and dynamic response to crime.

A UK-EU comprehensive agreement covering criminal justice cooperation is the optimum outcome for all parties. However, the role of the ECJ in dispute resolution and UK commitment to and domestic implementation of the European Convention of Human Rights currently stand in the way of a deal.

Bilateral agreements, particularly on extradition and data exchange, between the UK and Ireland would bridge the gap caused by a no deal scenario. A data adequacy agreement will be an important precursor as all member states, including Ireland, are bound by the GDPR and Law Enforcement Directive.

A permanently established joint operations centre could also ensure working relationships between the AGS and the PSNI are not negatively impacted by Brexit.

Such cooperation will work best if it has a legal basis and is supplemented by high level forums. The British-Irish Council could be expanded to include criminal justice cooperation in its remit.

The history of the Troubles complicates police response to crime in Northern Ireland. The UK Government should not forget the potential impact its policies surrounding immigration and the movement of goods could have on crime across the Common Travel Area and peace in NI.

The PSNI and AGS are moving into an era where cooperation will be more important than ever but the legal architecture under which cooperation (informal as well as formal) has flourished will be removed.

The UK and Ireland should work cooperatively to minimise the impact of a no deal Brexit across the Common Travel Area without delay.