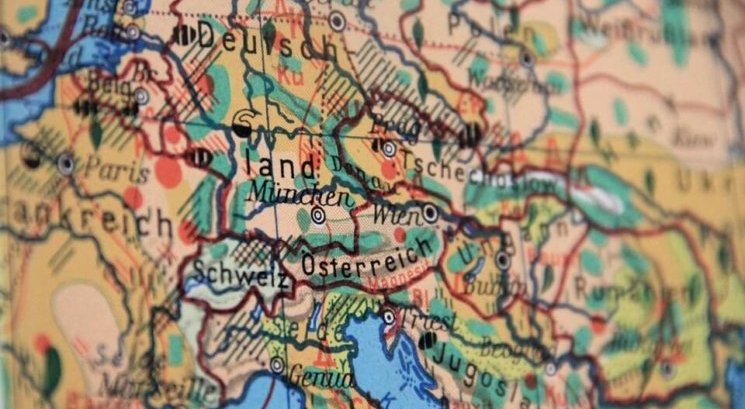 With its borders closing down for EU immigrants, the UK – traditionally one the most open societies in the world and proud of its multicultural, vibrant cities – is taking away one of the best chances for Latvia’s ethnic minorities to escape the Baltic state’s discriminatory regime.

This makes Latvia’s ethnic minorities more vulnerable to Russia’s influence, and risks destabilisation of the region – another aspect of Brexit that so far has escaped serious critical attention.

Latvia has had a large Russian population for centuries, becoming its second largest ethnic group in 1897 when it reached 171,000 , according to the Latvian Institute, and peaking at nearly 900,000 by the time Soviet Union collapsed in 1991.

Most of them were not granted automatic citizenship of Latvia, however, and were given a notorious purple ‘alien’ non-citizen passport that did not allow holders to vote in elections or take up certain positions in the public sector, including police and fire brigades.

The Russian minority felt discriminated against, marginalised, stateless and, well, alien. Some of them, especially those who were born in Latvia, found the naturalisation process that included a language and history test, as well as a fee, unfair and somewhat humiliating, and decided to remain non-citizens. Those who passed the exams and received the citizen’s passport, still felt like ‘second class citizens’, according to a very common local expression.

This, along with a painful historical background – Latvia was occupied by the Soviet Union in 1940 – sparked ethnic tensions that have been simmering ever since. The latest amendments to the Education Law and the General Education Law under which all ethnic minorities’ schools, including private schools, will have to transition to Latvian-only secondary education by 2022 have seriously damaged – or even erased – the fragile integration achieved by progressive voices over the last two decades.

Russia, in a bid to destabilise the Baltic region, exploits the situation by fuelling those ethnic tensions by targeting minorities with disinformation and propaganda. There are a limited number of Russian-language media outlets available in Latvia, nevertheless many people still prefer pro-Kremlin news channels. This represents a great source of worry for NATO and European Union, as it indeed should.

To control the risk of escalation towards a conflict between Russia and NATO, the  Carnegie Endowment for International Peace recommends that NATO members closely monitor the state of integration and representation of the Russian minorities in the region. Something that is not happening at the moment and could certainly help to ease the tensions inside Latvia and to deny Kremlin any pretext for potential interfering.

Hence it comes as no surprise that a large number of Latvian Russians decided to leave the country, shrinking the population from nearly 617,000 (link in Latvian) four years before the country entered the EU in 2004, to around 495,000 in 2017, according to the Central Statistical Bureau of Latvia.

The overall population decreased by about 18% in the same period, putting Latvia at the very top in the list of disappearing European nations, according to the data from United Nations.

The UK, which had demand for a cheaper workforce with at least a basic knowledge of English, has been the most obvious choice for the leavers. Attractive salaries lured in the first wave of emigrants, which generally comprised unskilled workers, even if the salaries combined with harsher living conditions and a lack of family or friends nearby. Many had to leave for the UK in order to support their parents or children in Latvia.

Ironically, since they were used to feeling somewhat foreign in their own country, moving was not that painful. The second wave brought skilled young professionals hungry for a global outlook, and secondary school graduates flocking towards prestigious British universities.

Why Britain should worry

The UK has been known for a long time as a liberal and open country that provided a new home to people seeking refuge. The long list includes Karl Marx, who came to London after being expelled from France, Sigmund Freud, who escaped the Nazi regime, and Mo Farah, the UK’s most successful distance runner, who moved from Somalia as a child.

In Latvia’s case the UK became a solution for easing the ethnic tensions. According to a study by James Hughes, many of the least satisfied Russians left Latvia, taking advantage of the newly possible ‘exit’ from the divided society, which so far has been preventing the conflict from escalating.

However, with Brexit taking place next April, the option to leave is pretty much gone. The silver lining for the Latvian government is that the country’s diminishing population might reverse its decline.

However, that may happen at the expe­­­nse of a non-integrated Russian minority, now feeling rejected both by its own country and by the UK, and consequently more exposed and vulnerable to Russia’s efforts to confuse and disorient them.

Given that so far Europe is struggling to tackle the Russian ‘fake news’, emigration was possibly the only efficient tool to maintain the unsteady peace in Latvia’s society (and also, to some extent, across the whole the Baltic region).

Although the UK is leaving the EU, it still remains one of the world’s oldest traditional democracies, the third largest economy in Europe, and a NATO member state. Hence Latvia, unable to achieve integration in its society and now losing the ‘exit’ for those feeling particularly unhappy, should be an alarming Brexit element for the British government.

By Kira Savchenko, London-based freelance reporter at Public Broadcasting of Latvia. Views are of the author and not representative of PBL.