As Theresa May concludes her first official visit to China, she would have been relieved to hear the Chinese Premier Li Keqiang say that Brexit will not change the relationship between their two countries.

That may be the official line, but Chinese businesses have privately expressed concern over whether the UK will continue to be a gateway to the EU after Brexit. But  how much will trade relations among the UK, EU and China actually change after Brexit? Perhaps surprisingly, one possibility is ‘not much.’

Of course, a great deal depends on the shape of Brexit. If the UK remains in the  single market and the customs union, then Premier Li is right in that there will be no substantive change. But, if the UK becomes a ‘third country’ in trade terms, then those Chinese businesses are right to consider how to position their operations separately in the UK and EU.

The key factor determining whether Brexit will cause a substantive change in the UK’s relationship with China is Britain’s future ability to conduct its own trade deals. That seems to be a priority for the British government. But, even short of a trade deal, Britain has been highly engaged with China even whilst it is in the EU.

The reason that’s possible is because there are numerous aspects, particularly investment, which are not done strictly by Brussels but are within the purview of EU member states.

Thus, Germany has been a leading European investor in China, while the UK has exported its educational services to the world’s second largest economy – and China has been investing a great deal in return in Europe.

The EU is negotiating an investment treaty with China at present, which indicates the importance of investment but also that a trade deal is difficult with an economic superpower like China.

What Britain sells to China, which is largely services, is also an area that is not covered by the customs union which pertains to goods trade. Indeed, the EU single market is also still in the process of liberalising services trade which is not as opened up as manufacturing products.

Even while a part of the EU, the UK has been trading services with China, including exporting education and professional services. In the area of tourism trade, Britain competes against other EU countries to position itself as a desirable place for foreigners to visit and spend their tourism monies.

Thus, in the areas of investment and services, the UK’s and EU’s relationship with China may not look too different after Brexit, if Britain decides to aim for a “modest” change in its position vis-à-vis the EU, which the Chancellor Philip Hammond mentioned as one possibility.

In that scenario, Britain could continue to pursue its “golden era” with China, particularly in terms of services liberalisation, as China is at a stage of development where it will grow this sector as consistent with a middle income country that has begun to modestly diversify from manufacturing. As with other major economies, services are already the largest part of Chinese GDP and this sector is ripe for greater trade.

Firstly, the EU and China do not have an FTA, and one is unlikely to be agreed anytime soon since they are focused on concluding an investment treaty instead. However, the UK and the EU may agree at least the outlines of an FTA during the two year transition period after Brexit in March 2019. Even if, as is likely, a deal isn’t completely agreed by the end of the transition period, both parties are aiming for one in the near future – given the importance of trade between the world’s fifth biggest economy and its largest economic bloc.

Due in part to “America First”, and the withdrawal of the United States from FTAs, China has become more vocal about globalisation. It is now a bigger voice for trade liberalisation, and with China more open to trade agreements the UK is in a relatively good position.

Britain specialises in exporting highly skilled services, which the Chinese wish to develop; meanwhile, it has stressed that it remains open to foreign investment, which may be more of an issue in the EU in the future. Thus, if the cards are played right, then it may be possible that the UK could end up with a trade agreement with China before the EU.

In this instance, Britain would become more than the gateway to the EU. It would be the ‘hub’ for trade between the world’s biggest economic entity and its second largest economy. The UK would be in the privileged position of having FTAs with two major markets.

For example, Mexico is such a hub as it is in NAFTA and has a FTA with the EU, so US auto companies that export to the EU via Mexico pay 0% tariffs. The same car export directly from the EU to the US would attract a 10% tariff. As a larger economy, such a position as a global trade hub would likely be even more beneficial for Britain if it became a conduit for trade between the EU and China.

So, even under two of the more extreme scenarios, the UK’s current position where it is viewed as a gateway to Europe for China may be maintained – albeit in different forms – under either Brexit outcome. In this respect, perhaps the French captured it best: Plus ca change, plus c’est la meme chose.

By Linda Yueh, Fellow in economics at St. Edmund Hall, Oxford, and an Adjunct Professor at London Business School. She is the author of The Great Economists: How Their Ideas Can Help Us Today. 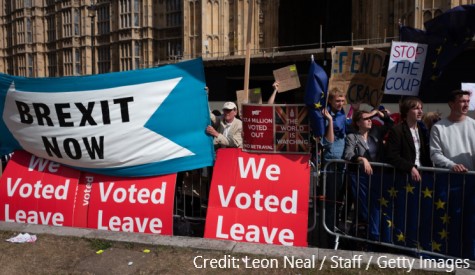 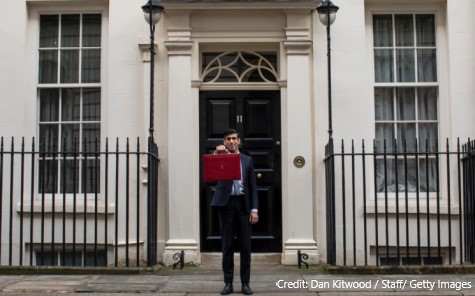