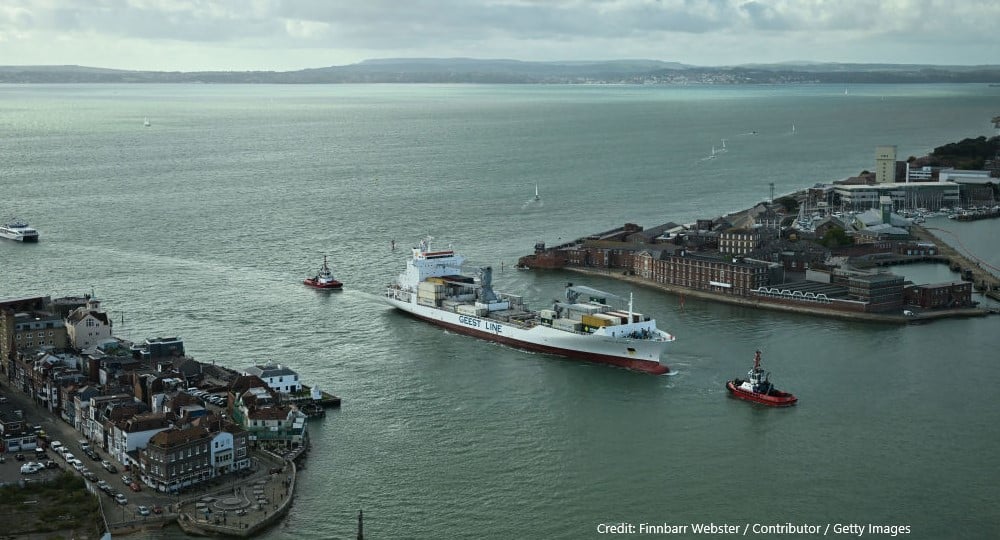 In the third instalment of our UK trade tracker, we look beyond the Office of National Statistics (ONS) and compare the UK’s trade performance to other OECD countries, the G20, and the Euro Area. Data from the OECD, ONS, and CPB (Netherlands Bureau for Economic Policy Analysis) was used. This instalment also includes, for the first time, interactive graphics that allow you to drill down deeper into the data.

The value of trade is influenced by both changes in trade volumes and prices. In most cases, volume and price provide a similar perspective. However, it is essential to consider both during times of high and unstable global inflation, such as the current situation caused by the ongoing pandemic and the conflict in Ukraine. In particular, it is crucial to consider both volume and price when certain goods, such as food and energy, are more heavily impacted by inflation compared to others.

The UK has some of the highest average import and export prices among advanced economies. However, the country’s trade volume levels do not match its price levels, resulting in a relatively low trade value for the UK. The country’s trade volume began to stagnate in 2016 before experiencing a sharp decline during the pandemic, a trend seen in all countries worldwide. However, the UK has been unable to recover from the pandemic, particularly in exports, which are essential for economic growth.

When analysing the annual growth rate of trade, it becomes clear that the UK has not been able to recover from the pandemic at the same pace as the rest of the world. In 2021, the UK experienced only a 2.5% annual growth in trade, placing it last in the G20. This trend is consistent with the UK’s trade value underperformance compared to other advanced economies.

While this underpeformance has been noticeable since 2016, it has been particularly acute in recent years, coinciding with the implementation of the Trade and Cooperation Agreement (TCA). However, it is unclear just how much can directly be attributed to Brexit.

The UK’s trade balance or net trade – the value of exports minus imports – can provide further insight into the UK’s underperformance compared to other economies. The UK currently has one of the largest trade deficits in the OECD, with a deficit in 2021 of 22 billion (USD), according to OECD data. While a trade deficit is not necessarily harmful on its own, it means that the UK is dependent on inflows of foreign capital (to finance the deficit), and, therefore, the country can be more vulnerable to economic shocks or trade disputes if its relationships with trading partners negatively change.

A trade deficit can also lead to domestic currency depreciation, making imports more expensive. While this helps to rebalance the economy away from imports, it can also increase inflation as imported goods are more expensive to the consumer. This vulnerability was most recently seen with the market reaction to/fallout from the Truss-Kwarteng mini-budget, which led to a sharp fall in the value of the pound and led to the Bank of England introducing an interest rate increase to ensure continued capital inflows or capital coming into the country from foreign investment. While the reversal of the Truss-Kwarteng plans has begun to restore market confidence, a major trade dispute with the EU over the Northern Ireland Protocol would likely pose similar risks as the UK’s trade relationship with the EU, while still essential, is volatile at best.

Since 2016, EU countries still make up the majority of export partners, and keeping tariff-free trade relations with the Single Market remains essential for the UK. However, building stronger ties with non-EU countries remains a priority for the UK. The US has grown into one of the UK’s most vital partners for UK exports. It imports an annual average of 19% of all UK exported goods, further supporting the need for a UK/US trade deal.

The import and export volume levels of both EU and non-EU trade partners have remained relatively stagnant. For non-EU trade partners, this stagnation implies that investors do not see the UK as a sure investment and are either holding off investment or refraining from expanding into the market further. Such investments have a direct impact on goods produced in the UK for export, as well as products imported into the UK.

While EU trade did experience a sharp fall before the introduction of the TCA, trade levels eventually recovered to previous levels but have since remained stagnant. On one side of the coin, this stagnation implies that EU trade partners are still trading with the UK due to no tariff barriers. However, on the other side, it means that partners are not looking to expand relations due to the ongoing uncertainty and volatility in the UK/EU relationship.