UK universities will lose from international fees for EU students 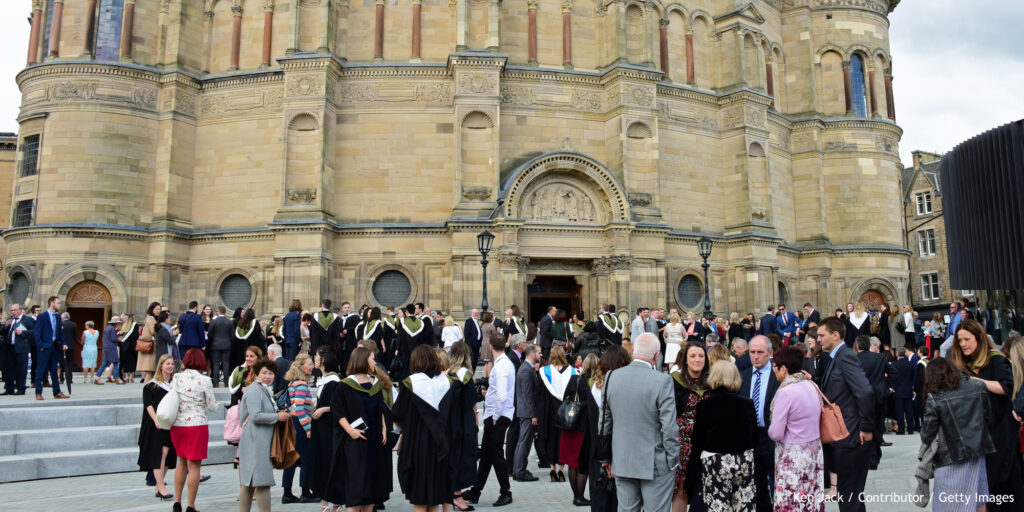 On 23 June 2020 England’s Universities Minister, Michelle Donelan MP, announced that, at the end of the transition period on 1 January 2021, students from the EU, other EEA countries and Switzerland will no longer be eligible for home tuition fee status and student loans for courses beginning in 2021-22.

They will face the much higher international tuition fees, without any financial support from the government. Subsequently the devolved administrations in Scotland, Wales and Northern Ireland made similar announcements.

An exception has been made for the children of UK nationals living in the EU, other EEA countries and Switzerland who will retain home fee status on a transitional basis until 2027-28.

Despite the Minister’s optimistic hope that the “world-leading quality of the [UK’s] higher education sector“ would mean that students, staff and researchers from these countries would continue to make an important contribution to UK universities, it is highly likely, indeed almost inevitable, that there will be a drastic reduction in their applications and admissions.

Young people and universities across the EU have benefitted enormously over many years from the possibilities offered by the EU’s policies of freedom of movement, the single market and the promotion of cultural exchange, diversity and integration.

Millions have taken part since 1987 in the Erasmus programme (and later Erasmus+), undertaking short periods of study at a university or training in a company in another EU country.

This has improved their language skills, developed their intercultural awareness, widened their horizons and equipped them with valuable soft skills. Their job prospects have been enhanced.

Students have also been able to undertake undergraduate and postgraduate degree courses in any EU country on the same terms as local students. The UK is one of the most popular destinations to study higher education, second only to the United States.

UK universities are among the best in the world, and consistently perform well in world rankings. They also have a high reputation for world-class research. UK university degrees are recognized by employers and academics worldwide. Many students want to study in English as the international language in so many sectors.

It is not surprising, therefore, that a substantial number of EU students have over the years applied successfully to UK universities.

In the academic year 2018-19, the last for which data are available, there were 143,030 EU students in UK higher education establishments, 6% of the total enrolment, of which 98,795 were undergraduates. The largest numbers of EU students came from Germany, France and Italy.

Outstanding students from all types of schools and all social classes in the EU have been able to study a wide range of courses at some of the world’s best universities.

They have developed knowledge, skills, critical thinking and connections which have enabled them to go on to further post-graduate education and distinguished careers in academia, commerce, industry and the public sector.

In so doing they have been influential in maintaining and enhancing the UK’s international reputation.

UK universities value greatly the contribution of their EU students, who enrich academic and cultural life in the university, enhance diversity, tolerance of others, and promote integration.

The situation after Brexit

All of this, however, will change drastically on 31 December 2020.

In addition to facing international tuition fees, with no financial support, under new immigration rules, EU students will after 30 June 2021 have to obtain a student visa (currently £348) and pay an international healthcare surcharge (£470 per annum).

The international tuition fees, which vary by university and type of course, are between roughly two and seven times the level of home fees. Higher fees are generally charged for courses which involve laboratory work, and medicine, dentistry and veterinary sciences are the highest, especially where they include clinical placement.

As examples, the University of Kent has a range of international tuition fees ranging from £16,800 to £20,500 per annum.

Cambridge charges fees of over £22,000 for subjects such as history, economics, law, and languages, rising to nearly £24,000 for mathematics and almost £34,000 for natural sciences and engineering. In addition, students will have to pay college fees of approximately £10 000 p.a.

Medicine and veterinary sciences have fees over £58,000 per annum.

These levels of tuition fees transform the attractiveness for EU students of studying at UK universities.

Just after the announcement of the new fees regime, Study.eu, a study choice portal which provides information to students on universities and English-taught courses throughout Europe, surveyed 2,505 EU students who had plans to study in the UK about the impact on their plans of various increases in tuition fee levels.

When considering alternatives about half said that they would look for English-taught courses in the Netherlands, which has for many years been expanding its offer of such courses, and just above a third would examine largely tuition-fee-free Germany. Ireland could also benefit from an increase in applications from students from other EU countries.

All the signs are that numbers of EU students applying to UK universities in 2021-22 and thereafter will drop drastically.

The children of UK citizens living in the EU, still eligible for home fees and student loans until 2027-28, will still apply, but otherwise the high level of fees will deter all but the children of the very wealthiest EU parents. This will have a negative effect on social diversity.

There are currently very few scholarships available for undergraduate courses at UK universities. There have been press reports of some universities considering offering discounts for EU students, but this is likely to fall foul of UK equalities and anti-discrimination legislation.

EU students will henceforth lose out on the opportunity to study in the some of the world’s best universities in the UK, and UK universities will lose a significant section of its diverse, international student pool. The UK as a whole will lose.

UK universities consider that they ‘have a vital role to play in creating a successful, dynamic and internationally competitive post-exit UK’. Losing their students from the EU will, sadly, act directly against that.

By John Speed, Secretary of the Cambridge Society of Luxembourg and former official of the European Court of Auditors.