UK-US ‘special relationship’: the impact of the new presidency 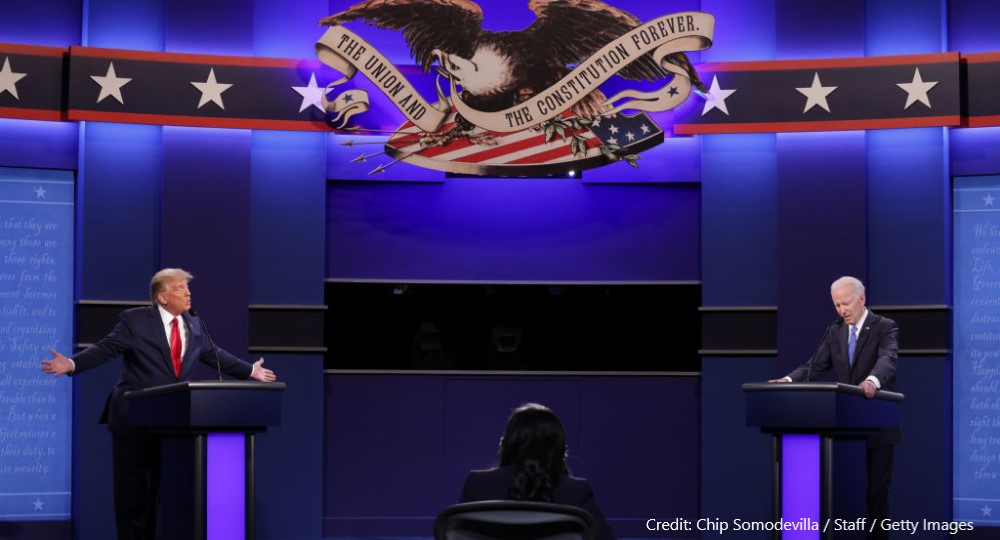 The arrival of a new US president often prompts a reaction this side of the Atlantic, as British observers issue takes on how the UK-US ‘special relationship’ will strain or persist with a new leader.

This ritual has some reliable components. The first is noting that the ‘special relationship’ is a romantic notion reflecting a faintly embarrassing neediness on the part of the UK for reassurance in a relationship that has become ever more imbalanced since its inception.

Fond though the US is of its longstanding ally, it thinks about Britain far less than vice versa. The public issuance of the magic words that accompanies each new pairing of US and UK leaders is primarily a matter of appeasing British media’s and politicians’ thirst for reaffirmation that their country is still important.

With each iteration, this attracts more arch meta-commentary from more experienced observers.

The second is to point out that, although the ‘special relationship’ discourse is corny and dated, the US-UK relationship does have a practical core of embedded cooperation, and this does not change regardless of administration. Intelligence-sharing between the two countries is intimate.

Britain has been arguably the United States’ most reliable ally in defence matters for decades. The two countries are habitually close collaborators in a raft of international diplomatic contexts. Their level of cultural inter-penetration is unusually high, aided by a shared language.

For most of the last century, they have defined their national interest in common, by reference to the establishment, maintenance, or extension of ‘liberal international order’, at least in theory if not always in practice.

Both these customary observations are as true now as ever. The UK matters to the US but less than it would like to. The pursuit of a presidential soundbite confirming the continued existence of a ‘special relationship’ has become a gauche pantomime.

Nevertheless, the two countries have interests and culture in common and will continue to work closely together. Plus ca change. Will the replacement of President Donald Trump by Joe Biden make a difference?

Media commentary in the run-up to the US election has primed us to expect that Trump’s departure could make the relationship chillier.

His defeat represents an electoral reversal for the global wave of populist nationalism of which Boris Johnson’s own election was arguably another manifestation. Some have even gone so far as to code Johnson as ‘Britain’s Trump’.

The elevation of Biden, meanwhile, represents a restoration to office of an Obama-Democrat team that took a dim view of Johnson floating the idea, in an article during the Brexit campaign, that the African-American president might be hostile to Britain for “ancestral” reasons.

In September, both Congressional Democrats and senior advisors to the Biden campaign issued stern public warnings to the UK Government not to deviate from its exit agreement with the EU in any way that would undermine the Good Friday Agreement.

This public friction (not anticipated in London, though it should have been) was followed by press reports suggesting Johnson’s team had done insufficient preparatory groundwork for a possible Biden victory, neglecting to foster relationships or information channels inside the Democratic camp.

These recent events have provided mood music shaping coverage of the present moment. In truth, however, the Trump presidency was never quite the asset to Johnson or the Conservative Party that some of the shallower media coverage focusing on the two men’s stylistic commonalties implies.

And a Biden one need not be a source of pain unless London goes out of its way to make it so. Trump’s downfall is a vivid symbol of political mortality on the part of a ‘charismatic’ populist nationalist leader that should certainly give the Prime Minister’s political strategists pause.

But at the level of diplomacy between the two counties, a Biden presidency may simplify things for the better all round.

Aside from blunt-yet-vague expressions of pro-Brexit sentiment – broadcast on Twitter or tossed out occasionally in press interviews – it is hard to identify what benefits Trump’s presidency has delivered to the UK.

Even those pronouncements were a mixed blessing, serving more often to amplify fringe voices than to signal American support for official UK policy.

Trump’s two defining characteristics as a foreign policy actor have been (a) disregard for the value of institutions and alliances hitherto central to US strategy, and (b) defining America’s interests in aggressively egoistic terms via the framing of ‘America First’. Neither is helpful to UK interests, even as understood by a right-wing Tory government.

During meetings with UK prime ministers, Trump has been happy to promise a swift new US-UK trade deal to help soften the economic impact of Britain’s exit from the EU.

This was never within his gift, however: any such deal would require the approval of the US Congress (one chamber of which is currently controlled by Democrats) whose members will approve one only if it adequately serves the domestic economic interests they represent.

Trump or no Trump, concluding such a deal will require willingness on the part of the UK Government to engage publicly in painful trade-offs of a sort it has shown little appetite for thus far in its tenure.

It is true that the Biden administration will frown on any UK action that violates the terms of the latter’s EU exit agreement. But to foreground the American reaction in such a hypothetical scenario is perverse.

An EU exit for the UK on such basis would hobble Britain’s trade with its closest markets, generating administrative chaos and economic pain across the nation. In the worst-case scenario, it risks triggering a new wave of civil violence in Northern Ireland.

It should not require a note from the Biden administration, or the consideration of how it impacts a US trade deal, to deter London from contemplating this path.

Beyond the Northern Ireland issue, on which a powerful American political constituency has strong views, it is hard to discern what incentives the new US administration would have to start its tenue with needless friction with one of the nation’s closest allies, simply because they may not care personally for its leader.

Such harmful personalisation of relations between countries was a pathological facet of Trump’s tenure; it is not the norm.

More generally, in foreign affairs Biden will be a quite conventional US president, and mostly that implies good news for the UK. He appreciates the practical, historical, and symbolic reasons the US-UK relationship is important.

He values America’s traditional alliances, including NATO, and will be keen to rebuild bridges. He recognises the threat of climate change and will add America’s affirmative voice to international efforts to combat it, which sits well with UK policy.

He will likely try to resuscitate the Obama administration’s deal with Iran to end its nuclear weapons programme, to which the UK was a party and which it wanted to save even as the Trump administration made sustained efforts to destroy it.

In short, across most fronts it should be easier for the UK to deal with the incoming administration than its predecessor.