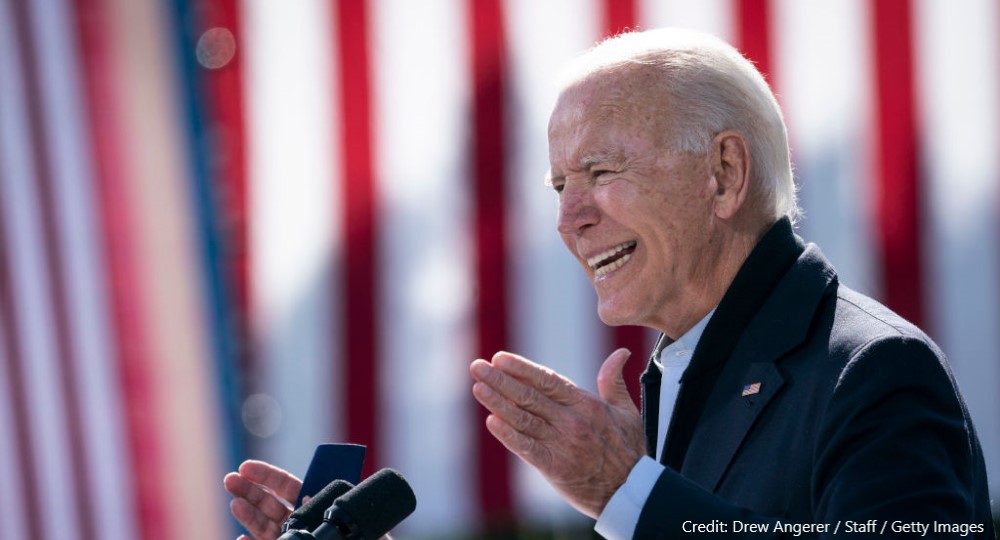 As the UK refuses to restart Brexit talks and a no deal Brexit is becoming a reality, it may not only be a sore awakening for Boris Johnson and his government, but also for the United Kingdom as a whole. The Irish American congressional lobby, worried about the integrity of the Good Friday Agreement, is set to block a UK-US trade deal.

Boris Johnson has made a US-UK free trade agreement a guiding ambition of his government, and he has claimed that the UK would be “first in line to do a great free trade deal” with the Trump administration.

Across the pond, this fantasy has been inflated by President Donald Trump, too, who said in late July 2019 that he had spoken to Boris Johnson by phone and supported an “ambitious trade agreement” with Britain after Brexit.

However, as Boris Johnson and Donald Trump have been making their triumphant claims, the Irish government has been building up support among its own allies in the US Congress. So far, the Irish are in the stronger position in Washington.

This has primarily been achieved with the help of the Friends of Ireland Caucus in the US Congress, which has been an effective advocate for Irish interests in the United States and which claims to represent the interests of America’s large and politically diverse Irish-American constituency.

The dire economic predictions for the implications of a no deal Brexit will then be tested by events, in an environment made infinitely more hostile by the consequences of Covid-19.

The painfully won relative stability of peace in Northern Ireland, founded on the Good Friday Agreement in 1998, will be put at risk, an outcome that will arouse opposition in the United States. This opposition from Congress will serve to preclude any possibility of a favourable trade agreement between the US and the UK.

After the Johnson government introduced the Internal Market Bill, which put the UK’s commitment to the Withdrawal Agreement in question, the EU is asking how they can continue to negotiate with a government whose signature cannot be trusted.

Goodwill among the EU27 towards the British government is at an all-time low.

The Bill does not seek to eliminate the customs border in the Irish Sea that Johnson agreed to in October 2019 – merely to weaken aspects of it. Nevertheless, the Bill has led to fears in Dublin and elsewhere that Johnson may ultimately seek to scrap that entire border.

The Prime Minister’s dislike of the Withdrawal Agreement is heart-felt. That treaty contradicted the pledge that he had earlier given to the Northern Ireland Democratic Unionist Party that he would never allow a border in the Irish Sea.

Democratic party presidential candidate Joe Biden fired a shot across Boris Johnson’s bow by warning him that a trade agreement with the US was incompatible with his Brexit negotiation strategy.

He has sided with the EU by claiming that peace on the island of Ireland was at risk from the UK Internal Market Bill, which provides powers to override the Withdrawal Agreement in order to prevent trade barriers in the Irish Sea.

“We can’t allow the Good Friday Agreement that brought peace to Northern Ireland to become a casualty of Brexit,” Biden tweeted. “Any trade deal between the US and UK must be contingent upon respect for the Agreement and preventing the return of a hard border. Period.”

Biden was not just fishing for Irish American votes. That is the firm position of his party and a large portion of America’s political class.

US president Donald Trump’s special envoy to Northern Ireland, Mick Mulvaney, has warned against creating a “hard border by accident” on the island of Ireland.

In response to the Internal Market Bill, Mulvaney went a step further, saying in an interview with the Financial Times: “The Trump administration, State Department and the US Congress would all be aligned in the desire to see the Good Friday Agreement (Belfast Agreement) preserved to see the lack of a border maintained”.

Nancy Pelosi, speaker of the House of Representatives, has stated “The Good Friday Agreement is the bedrock of peace in Northern Ireland. If the UK violates its international agreements and Brexit undermines the Good Friday accord, there will be absolutely no chance of a US-UK trade agreement passing the Congress”.

In November 2019, the US House of Representatives voted in favour of the resolution reaffirming support for the Good Friday Agreement, passing it by a unanimous voice vote.

Such bipartisan and fulsome American support for the Good Friday Agreement provides significant political capital for those now opposing the UK’s new bill.

A memo published by Joe Biden’s campaign over the weekend outlined the Democratic candidate’s view on Ireland and Irish-America. It said if elected, Biden would ‘support active US engagement to advance the Northern Ireland peace process’ and ensure there was ‘no US-UK trade deal if the implementation of Brexit imperils the Good Friday agreement’.

The Prime Minister has so far chosen to ignore the border issues on the island of Ireland. Worse, his Internal Market Bill – legislation that would hinder the effectiveness of the Withdrawal Agreement – signals reckless willingness to violate international law in service to his Brexit ambitions.

It is time for the UK government to realize that failure to meet its obligations under the Good Friday Agreement could seriously spoil its ‘Global Britain’ vision, including any ambitions of a comprehensive trade agreement with the US.

All indications are that Biden will prioritise rebuilding US relations with the EU and its member states over a UK government that in the US is viewed as a Trumpian entity.

So in a no deal scenario advocates who claim that a US-UK trade deal will be the solution or compensation for strained economic relations with the EU are not being realistic, while the UK would find itself isolated from not only one but two of its key allies.