UK youth perspectives and priorities for the Brexit negotiations 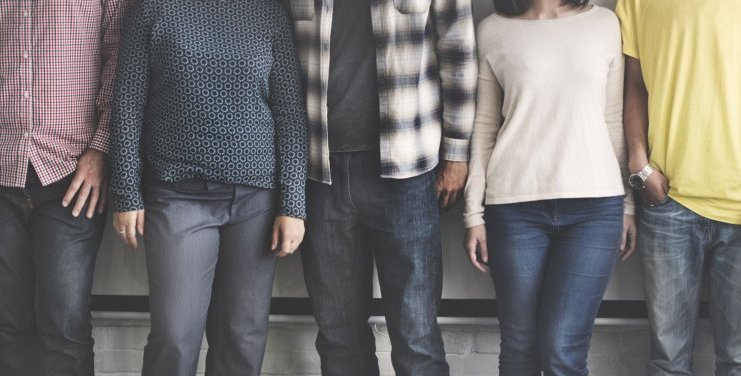 In the flurry of punditry after 52% of UK referendum voters chose to leave the EU, a series of claims and counter-claims emerged: young voters didn’t turn up at the polls, so they had no right to complain about the outcome; there was a generational divide, and a London-rest of the country divide between Leavers and Remainers. And many are now bored by the fall out, tired of hearing either negative or positive ‘propaganda’ about why the vote was a disaster or why the European Union is the enemy.

In the words of one thirteen-year-old, ‘Who cares? As long as our schools and hospitals are running well, as long as there’s stuff on telly? Can’t we just stop talking about Brexit?’ Some people have simply had enough. But is this cannot-be-bothered and don’t-want-to-think-about-it attitude the overwhelming feeling of all young people across the UK?

In October 2016, in the middle of CATCHEyoU a major project about citizenship and young people, we were so intrigued by this question that we decided to find out with no funding, but in partnership with youth participation NGO My Life My Say and the All-Party Parliamentary group on a Better Brexit for Young People, we set up a series of focus groups across the UK to find out what young people 13 to 30 think and feel about Brexit, and what they want out of the Brexit process.

In total we conducted 40 focus groups with 352 young people: in schools, colleges and universities; among apprentices, professionals, and unemployed young people; and with young carers from diverse class, racial and geographical backgrounds. Our LSE research team posed open-ended questions on media, politics and Brexit. This was accompanied by a YouGov survey with our questions on these issues, to which 3,288 UK citizens from 18-65+ range responded. And on 18 October 2017 our report was published, inviting media interest, and some fairly hostile comment from older adults.

So, what did we find?

We certainly encountered generational tensions. Although these were complex, and not a simple matter of the young ‘blaming’ everyone older than them, we were told of two levels of resentment: in the first case, young people under 18 felt deprived of a voice and overwhelmingly said that if they could, they would have voted to remain. Secondly, young people expressed dissatisfaction that the oldest generations (65+) should have such a disproportionate influence on the futures of the youngest citizens.

Additionally, we heard repeatedly about how media coverage and political speeches during the Brexit campaign eroded confidence and trust both in media and political parties. A minority of respondents asserted that the referendum and subsequent events had been a ‘participation catalyst’ for young people to become more politically active. An even smaller minority insisted that Brexit was a decision to be proud of, and would make young Britons more independent.

Contrary to the common stereotypes of young people as disaffected, apathetic and apolitical, we found strong levels of interest in and understanding of the EU, of Brexit, and its potential effects on young people. We encountered a somewhat humbling view that political education in the UK is absent, sketchy, and overall inadequate to prepare citizens for major democratic choices like Brexit.

One surprising finding was the way in which group after group, regardless of age or background, insisted that they feared similar things as a result of Brexit, that they wanted similar things, and that they felt the ‘bad stuff’ associated with austerity and cuts had begun long before talk of Brexit – and needed to be addressed, urgently, by political leaders. Almost every group lamented that they thought Brexit was making the UK more insular, less friendly, less welcoming to outsiders, and less multicultural.

Our ties with other countries will be more broken…we have to co-operate. Community is such an important thing in a globalising world. (Youth participant from Swansea,Wales)

There was widespread fear and frustration. Prime amongst youth anxieties were questions about losing EU benefits including educational programmes, opportunities and rights. A close second was the feeling that economic livelihoods would be even more endangered in a post-Brexit UK. Higher education in the UK is already the most expensive in Europe; buying a home is beyond the dreams of most; getting council housing unachievable even for those in deprived areas; getting well paid work extremely rare.

A second set of comments showed anxiety about rising inequality, racism and intolerance and declining multiculturalism. Although many insisted that these were tendencies that had been in evidence before the referendum campaign due to the underfunding of public services and the increase in low-paid insecure work, most insisted that the vote to leave had made things worse.

As soon as people voted leave, there were attacks on minorities…I don’t know [if] people thought it was more OK to be racist, because they were leaving [the EU]. (Youth participant from Falkirk & Clackmannanshire, Scotland)

It will come as no surprise then that a majority of young people in our study were adamant that they want the post-Brexit UK to be a better place than the UK is now, that they want negotiations to retain the rights and benefits associated with Europe today – freedom of movement, human and civil rights protections, subsidies, the single market – while also tackling inequality that has risen due to austerity.

They asked policy makers to negotiate and legislate for a fairer, more open UK, one in which refugees and migrants are treated with dignity, in which race and gender are not barriers to success, in which people do not feel trapped in their localities and communities, but can look outward with pride towards a world that regards the UK with respect.

We’re the future of this country… so you need to focus on young people when you’re negotiating things (Youth participant from Cornwall, England)