The Ukraine crisis and the ghost of Europe 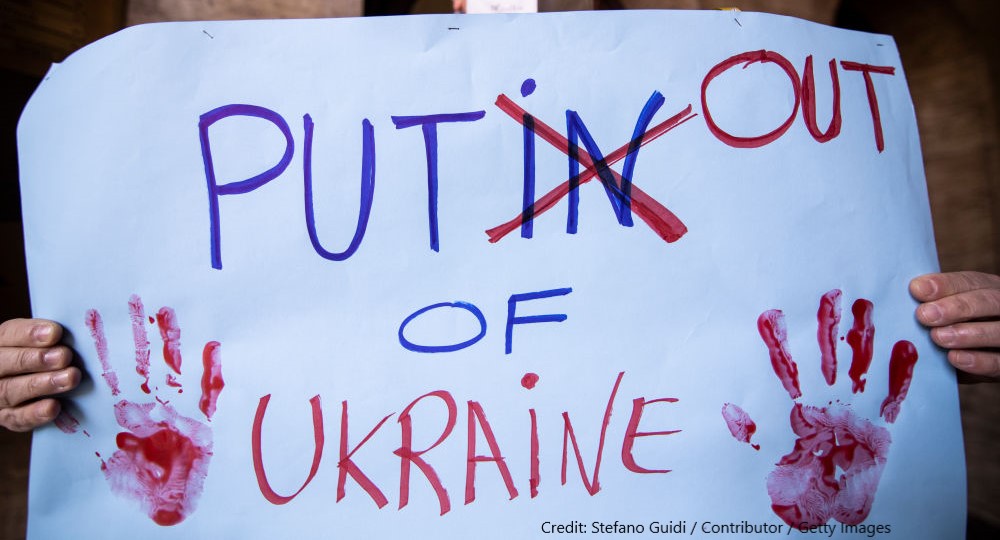 Russia has with great skill engineered a security crisis around Ukraine of continental magnitude. With fanfare, it has published demands for a new security order, and it has succeeded in having most Western governments and publics talk about them. Military force clearly matters, and Russia has lots of it.

The crisis has exposed strengths and weaknesses in the collective organizations that we normally trust to provide order, primarily NATO and the EU. The most notable and regretful weakness is that Europe is a mere ghost in matters of power politics. Leading European countries, Britain and France in particular, should stop hiding behind NATO and EU fronts and get down to business.

The stalwart Western response to the Russian offensive has resulted from US diplomacy. Team Biden is in a good shape. This is important, because through 2021 we saw how the team fumbled the football on Nord Stream 2, Afghanistan, and the AUKUS alliance—at every turn alienating some allies.

The bad news is that enlarged NATO is so overwhelmingly dependent on US leadership. The point is not merely that NATO is one US presidential election away from chaos (think Trump). It is also that Europe’s contribution to collective defense is so dismal.

The EU is part of the equation, though it is not a defense organization. In 2013-2014, it was the EU that Russia feared. In response to the association agreement between the EU and Ukraine, which promised to irrevocably pull Ukraine westwards, Russia seized Crimea and stoked civil war in the Donbass region. Russia saw the power of the EU and responded with balance of power measures.

The EU has been unable to respond in kind. To be sure, the EU has imposed and maintained sanctions on Russia. However, the EU’s absence from the current crisis over Ukraine is remarkable. The deterring threat of dramatic new sanctions has come from the United States, not the EU.

On energy, where Europe is vulnerable to massive oil and gas imports from Russia, the EU is in a mess. Its member states have delegated competences to the EU-level only in matters of sustainability and climate change. No one is really in charge of energy security, and Russia can exploit that situation.

NATO is better off because the United States is offering leadership. However, there is no second layer of leadership, as evidenced by the current crisis. The alternative to US leadership is fragmentation. Considering the enduring pull of China, and of Asian geopolitics that will cause the United States to rebalance priorities, this is troubling. There is a leadership gap emerging, and European allies will have to do something about it.

Britain and France will have to lead on this, in unison, and across NATO and EU boundaries. These are the two most capable European allies. They have forces ready to go. They have large defense innovation programs. They are nuclear powers and permanent members of the UN Security Council.

The absence of joint Franco-British initiatives during the crisis is all the more glaring. They pursue national initiatives aligned with collective NATO priorities, but which do not compel Russia. Why should Moscow be listening to London or Paris? What NATO outcome can London or Paris deliver that would cause Moscow to listen?

A capacity to compel Moscow’s attention will only grow out of a concerted defence capability led by European powers and supported by the United States. This capability must have Britain and France at the helm, integrate with NATO’s command, training, and modernization structures, and tap into defence industrial innovation and military mobility programs in the EU. In this respect the current crisis reveals both the interdependency of NATO-EU structures and a real vacuum of leadership initiative.

The trouble is not that British and French domestic politics interfere, which is almost always the case. It is rather that Britain and France are locked into a battle of ideas. Where Britain is going ‘global’ (think Global Britain) France is betting on EU ‘autonomy.’ Remarkably, leaders of both countries have felt the urge to press these distinct visions during the Ukraine crisis, as if they mattered. Sadly, Brexit, along with the AUKUS affair of 2021, not only nourish this need for national distinction but promise to do so for a long time to come.

NATO and the EU have become proxies in this battle of ideas. Britain pretends to be closer to NATO, France to the EU. In fact, none of them offer the leadership that could build real European muscle. Washington will grow frustrated. And Moscow will not be paying attention.

In the best of all worlds, Britain and France would give up on their proxy warfare and do three things.

First, they would set up a NATO-anchored European defence force organized to reassure either Baltic or Black Sea NATO allies. This force should project considerable firepower and thus deter. It is better to start small but with real punch. In time, it should grow into a larger European first-responder force that, in a rebalanced transatlantic partnership, the United States can support.

Second, they would pull Germany into a European energy security compact. They would agree to anchor this in the EU but with Britain in partnership. The compact should lessen Europe’s dependence on Russian energy and build a collective vision around sustainability (and green energy) and security.

Third, they would agree to the coordinated exploitation of new defence technologies. NATO should be at the sharp end of the spear, because this is where technology and force structures merge. But the big markets for defense innovation are the US and the EU: they are too big and too different to merge, but their creative interaction should be managed.

All of this is for the long haul and not easy. Still, the Ukraine crisis painfully exposes how both NATO and the EU are vulnerable to reigning national jealousies. And how illusory the comfort of nationalism can be.

By Sten Rynning, Professor in the Department of Political Science and Public Management at the University of Southern Denmark.