Ukraine, the EU and NATO 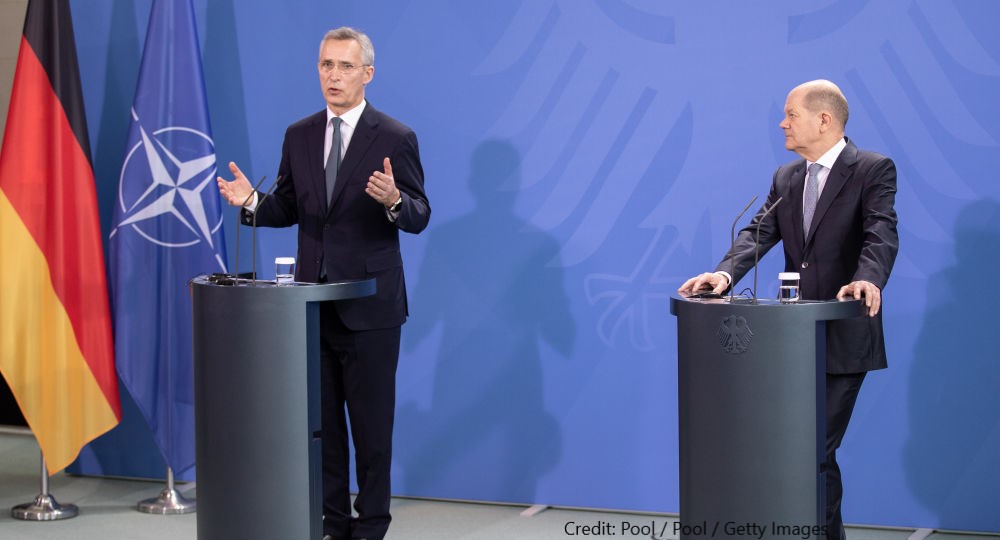 Here we are in February. Most military analysts say that the optimal time for a Russian offensive into Ukraine is late February to mid-March, when the ground is frozen deep and it is easier for tanks and other vehicles to move rapidly. It is costly to maintain large forces in a forward-deployed, combat-ready mode. So, if Russia intends to use them, they face some urgency in doing so soon.

This blog has two parts: understanding the nature of the challenge by Russia in Ukraine, and then comparing NATO and the EU as potential responders.

What problem do we face in Ukraine? To paraphrase a former US defence secretary, there are known knowns, known unknowns, and unknown unknowns. In this instance we know several things. The first is Russia’s longstanding opposition to NATO’s and, more recently, the EU’s, enlargement into the former Soviet space. Opposition to Ukraine’s acceptance of a partnership agreement with the EU was one factor provoking the 2014 Russian annexation of Crimea and incursions into eastern Ukraine, setting in motion a prolonged civil conflict that has killed about 14,000 people.

The second thing we know is that Russia has reformed its armed forces to adjust to the challenges of the post-Cold War era. Russia has deployed a military contingent to Ukraine’s borders, comprising about 100,000 to 125,000 thousand military personnel. These are configured for combined infantry, armour, air, and naval operations.

With recent extension into Belarus, the forward deployment lays the basis for a coordinated and sizeable attack on Ukraine from north, east, and south. The third is that NATO allies are willing to enhance Ukraine’s defensive capacity, but not willing to deploy NATO combat forces in Ukraine.

What we know we don’t know is what Russian intentions are. Perhaps this is a bluff to pressure NATO and the EU into concessions on broader European security issues. Perhaps it is preparation for a large invasion. Perhaps it is cover for a more limited attack.

In the ‘don’t know what we don’t know’ category, the current situation is very fluid and unpredictable. When large forces on opposing sides are deployed close to each other and alert levels are high, accidents can happen, initiating an escalation dynamic the outcome of which is unknowable. For example, while NATO has said they will not deploy combat troops, what would they do if Russia invaded, the front end of the Ukrainian military collapsed, and there was a massive refugee flow from Ukraine into Poland?

Turning to the NATO-EU nexus, the absence of any substantial comment in the British press (and, for that matter, the Russian press) concerning the EU role in this situation is striking. The Russian predilection to dismiss the EU as a serious foreign policy player was displayed by foreign minister Lavrov in February 2021 during a Moscow visit by EU Commissioner Josep Borell.

Currently, the European Commission and the EU Council have very little visibility. European leaders, such as Macron and, rather lethargically, Scholz, are more active, but that is because they are leaders of major states, and not in behalf of the EU.

NATO and the US took the lead, for several reasons. One is that the Ukraine crisis is a military problem. The EU has struggled to extend its remit into foreign and security policy. NATO has a longstanding joint command, planning, and joint exercising structure, whereas the EU does not. NATO is the principal locus of Euro-Atlantic military cooperation. It brings in the United States and Canada. The EU has no access to these substantial resources.

The US is key. The United States remains the world’s preeminent military power, although their capacity to exercise that power depends strongly on who is in charge. When they do exercise leadership in the face of an imminent threat in Europe, the presence of the US in the NATO alliance provides a focus for other members. That role is facilitated by the fact that US-Russian trade and investment flows are very small; the US has less to lose.

Another obvious point is that most EU members are also NATO members, so why double up institutionally?

The EU is markedly different. The large member states compete with one another for influence and position, including on foreign policy. The new government in Germany appears hesitant to lead; their coalition is internally complex, making robust decision-making difficult, and Germany has considerable economic interests in play in the relationship with Russia. The EU outliers (for example, Viktor Orbán) schmooze in Moscow with Putin.

However, as noted earlier, most NATO members have said that there will be no direct military response to possible Russian aggression on Ukraine. The preferred response is comprehensive and painful economic sanctions on Russia and/or on members of the elite group close to Putin. There is, so far as I know, no record of NATO applying economic sanctions in response to acts of aggression.

The North Atlantic Treaty, unlike the UN Charter, makes no reference to sanctions. The UN is out because sanctions in respect of threats to international peace and security are approved by the Security Council. Both Russia and China, as permanent members, have a veto. The UN is a non-starter.

Regionally, the EU has a comparative advantage over NATO. It has a relatively long and broad record of imposing sanctions effectively, including on Russia since 2014, repeatedly renewed by consensus in the Council. Of course, the sanctions so far have been modest and the economic impact on European states is tolerable. This round would be different. It would involve significant economic dislocation for many European member states, even if Russia did not retaliate with counter-sanctions (e.g. on gas export). Consensus on the contemplated sanctions might therefore be difficult to achieve.

What to make of all this complexity? NATO has the means to make Russia hurt militarily, not least through coordinated assistance to the Ukrainians short of direct intervention. But the EU has the capacity and the experience to impose and to manage severe sanctions, in cooperation with the United States.

In short, NATO and EU capacities and orientation are complementary. Whether the EU can achieve consensus on a sanctions package that will likely impose significant costs to many member states in a context where there is no natural leader is a different matter.

By Neil MacFarlane, Lester B Pearson Professor of International Relations at the University of Oxford.