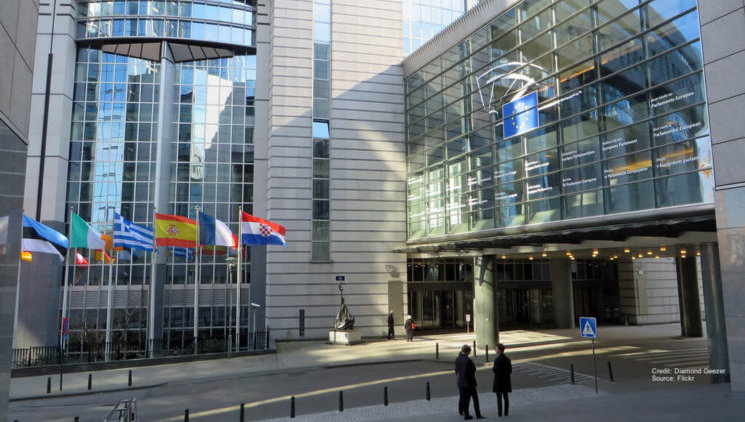 Brexit is not so much headline news these days as just the news. And the intensity of coverage is only increasing as we enter the final stages of the process.

We’ve had maximum facilitation models, Irish backstops and now a near 600-page draft agreement. But what has received little to no coverage is what will happen to UK staff inside the European institutions, and especially MEPs’ staff—one of the first groups directly affected—after we leave.

As the UK exits the EU next March, MEPs’ assistants will be at the sharp end of this decoupling. Along with MEPs themselves, assistants will most likely be the last in a generation of UK political representatives in the EU institutions.

I’ve spoken to a number of staffers over recent weeks from across pro- and anti-Brexit parties, along with UK and EU officials, to see what the UK’s exit will mean for assistants on the ground.

Brexit has been both exaggerated and underplayed. It is far from the geopolitical event that will define global politics this decade. Yet, for those it directly affects it has massive implications.

The EU institutions have tens of thousands of staff on their payrolls. By some estimates, around 1,200 are from the UK and about a quarter of those work in the European Parliament.

At a rough approximation, that includes about 150 assistants stationed in Brussels working for UK MEPs and parties. Yet for many their status, even at this late stage in the process, remains uncertain.

It is a legal requirement, set out in the regulation of officials, that EU staff must be citizens of a member state. Given this will not be the case for UK citizens after 29th March 2019, this ought—in principle—to rule them out of all posts, including working as assistants, within the EU institutions thereafter.

By the strict letter of the law, current UK employees could even in theory have been sacked en masse come 30th March. Thankfully, this won’t be the case. But a great deal of uncertainty remains.

In the European Parliament there are, strictly speaking, two types of employee: permanent staff on the one hand, and temporary and contract staff on the other. After Brexit, UK employees will be treated differently depending on which type of status they have.

Permanent staff—officials working for the parliament—have been guaranteed that they can stay on, which is a significant departure from the ordinary application of EU citizenship requirements.

As a member of staff at the parliament’s administration told me, non-EU citizens working for the EU is “not a widespread phenomenon, and the principle of course remains that the EU should be served by nationals of the member states of the EU.”

In the parliament, it is the Bureau—made up of the parliament’s president and a committee of MEPs—that governs its administration and determines the application of EU rules on these matters. This group, advised by the parliament’s secretary-general, insisted on leniency for UK staff.

The story for temporary and contract staff is different. For this group, it has not been possible to give a blanket guarantee that they can remain employed by the parliament. For MEPs’ assistants, this is because their contracts are directly linked to the MEP they work for.

Once the UK MEP’s term ends, at the end of March next year, so do their assistants’ contracts. An official in the parliament’s administration insisted that “we want, to the extent possible, to keep their experience and skills on board.”

But this will be determined on a case-by-case basis should non-UK MEPs want to employ British assistants in future.

One issue is that the parliament does not appoint assistants. That is done by MEPs themselves. Therefore, even though the bureau will permit the re-employment of current UK assistants by MEPs from the EU27, it will fall to the judgment of each MEP to decide, and this could differ between each one.

Given that hiring UK citizens will at least become more complicated after Brexit, it is possible that many in the parliament will opt for candidates with fewer complications.

There is a further important legal distinction which will determine how assistants will be treated. There are in fact two kinds of assistant.

First, there are local assistants, who work in MEPs’ constituencies. These individuals are not contractually linked to the European Parliament but employed directly by MEPs.

There are, of course, reasons to think UK staff will be looked on favourably. After all, Ireland (and arguably Malta, though to a lesser extent) will become the only member states after Brexit the majority of whose citizens’ first language is English.

Native English speakers are, and will remain, in high demand within the EU institutions. Both the administration itself and the staff I spoke to emphasised this point. “It is quite obvious that the criteria of linguistic skill will play favourably for the British colleagues,” a member of the parliament’s administration told me.

An assistant in a Green MEP’s office agreed: “what’s always highly sought after in Brussels is English native speakers. I could imagine that people will be very interested in hiring British staff.”

This desire for English-language skills is also evident from the permanent staff of the European Parliament. Contrary to received wisdom, UK citizens play a particularly important role in the EP’s language services, especially as translators and interpreters.

There are expected to be 111 UK nationals working as permanent officials in the parliament by the time the UK leaves, a large proportion in these language services.

The parliament’s secretary-general has even said that such services would not be able to continue as now unless UK citizens were kept on. Hence, they will be.

Even beyond English-language skills, MEPs’ assistants have an intimate knowledge of the EU, its bodies and its political culture. They are also often bilingual in the languages most used within the EU institutions, namely French and German.

And their availability also happens to coincide with the UK’s need to expand its diplomatic presence substantially in the EU after Brexit, both within the UK’s permanent representation and in national embassies. Indeed, an official in UK Rep—the UK’s embassy in the EU—told me that this migration has, in fact, already started to happen.

An important but largely unknown aspect of the role of assistants is that they are often the link between MEPs and UK Rep. Much of the UK government’s understanding of what is happening within political groupings and on particular bits of legislation derives from these interactions, and also those with UK MEPs themselves.

These sources of information will be largely cut off after Brexit, and UK Rep is having to find new ways of influencing other MEPs and gathering information.

But one striking issue is the shaky support offered to assistants relative to MEPs. EU rules set out generous terms for departing British MEPs which will apply post-Brexit. They will either receive a substantial “transitional allowance” or, if 63 or above, be able to draw on their pensions.

The allowance means UK MEPs will continue to be paid their salaries after 29th March 2019, amounting to a month for every year’s service, with a minimum of six months’ salary guaranteed (totalling £45,000 pre-tax) up to a maximum of two years’ (£180,000).

Alternatively, MEPs’ pensions amount to 3.5 per cent of their salary for every year of service up to a maximum of 70 per cent. The maximum would mean an annual £63,000 income before tax.

Assistants’ support pales in comparison. They will get a small redundancy covering the three months for which their contracts will be cut short, as they were due to work until the end of June rather than March. Many will claim unemployment benefit.

For a group who are mostly young and early in their careers, this could easily leave many in a financially precarious position.

The one saving grace is the coincidence of the Article 50 period coming to an end just before the European Parliament’s term finishes. Though many of them would have carried on in their posts, this still means MEPs’ staff were prepared for uncertainty around this time, and indeed many have already sought employment elsewhere.

Despite the efforts of the parliament’s administration and the interest from UK Rep, many MEPs’ assistants will be part of the collateral of Brexit.

As Lewis North, an assistant to Lib Dem MEP Catherine Bearder, spelled out: “a lot of us have done degrees, learnt languages and invested time, money and relationships in moving to Brussels and trying to work for the UK over here.”

Brexit may be geopolitics writ large, but in geopolitics there are always real people on the receiving end. It is ironic that, for all the noise back home, it is in fact in Brussels that Brexit will first be enacted.

Matt Bevington is a policy researcher at The UK in a Changing Europe. This piece originally featured in Prospect.