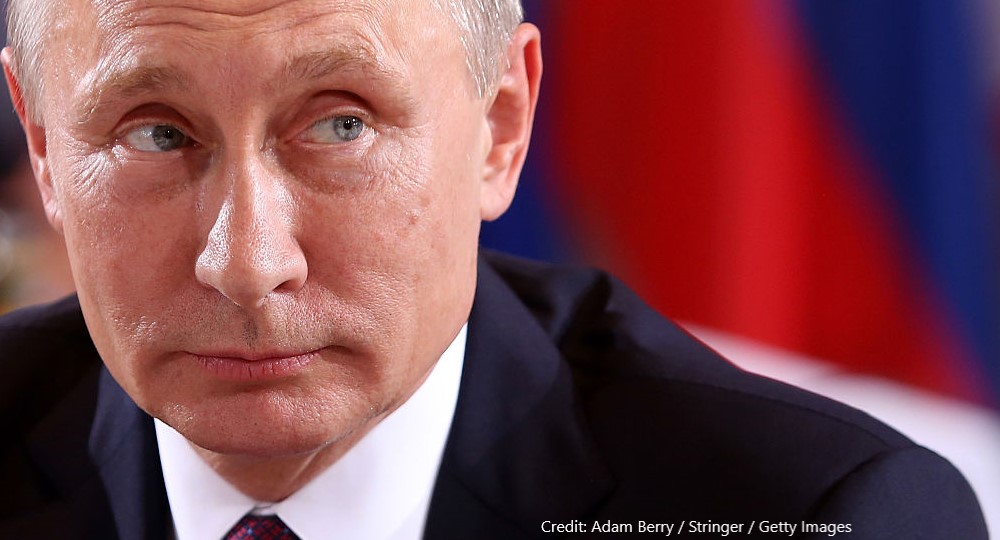 In international relations it is vital to understand your adversaries. It is essential that Western policy-makers have an understanding of what motivates Vladimir Putin and what are his goals, his inner demons and his red lines. If lasting peace and security is ever to be achieved in Europe we also need to understand legitimate security concerns of the broader Russian elite. These in no sense justify the invasion of Ukraine which is not just immoral but also flatly contrary to Russian interests.

The origins of the current crisis lie in the collapse of the USSR. In the context both of Russian history and the disintegration of other empires the most astonishing aspect of the Soviet Union’s collapse was that it was remarkably bloodless. The decline and fall of the Austrian and Ottoman empires- to take but two examples – resulted in world war, genocide and ethnic cleansing on a vast scale.

Soviet history was exceptionally cruel and countless Soviet citizens had been killed or persecuted in the name of ‘national security’. A vast police and military apparatus existed in the 1980s to defend the state. Even in democratic India the army – for all its desire to keep out of politics – will step in to avert the disintegration and partition of the country should this ever be threatened.

The ‘most’ the KGB and army could manage was the half-hearted and shambolic attempted coup of August 1991. Thirty years later the invasion of Ukraine is their moment of revenge.

For the West the collapse of the Soviet Union was a fairy story. The evil empire dissolved almost overnight with barely a shot fired in its defence. The new Russian regime swore allegiance to democracy and capitalism, in other words to the ideology of Russians’ Cold War enemy.

But for Russia the 1990s were anything but a fairy story. They witnessed economic collapse, the obliteration of savings and pensions, and plummeting male life expectancy. Russia was reduced overnight from superpower to beggar.

Twenty-five million ethnic Russians suddenly found themselves stranded beyond Russia’s borders, with the biggest contingent in Ukraine. Under far less provocation the Americans elected Donald Trump under the slogan ‘Make America Great Again’. It is hardly surprising that many Russians support Vladimir Putin.

To make a British comparison, it was as if the British Empire had collapsed suddenly in the 1930s – at a time when most British people took its existence and saw it as basically benevolent – and this collapse was accompanied by the secession of Wales (Belarus) and Scotland (Ukraine).

Actually the comparison does not go far enough. The English monarchy and religion did not originate in Scotland. Their Russian equivalents were born on the territory of today’s Ukraine. Of all the territories lost in 1991 the one felt most deeply by Russians was Crimea, with its unique place in Russian culture and history which was owed above all to the two great sieges of Sevastopol in the Crimean and Second World wars.

The loss was made more bitter by the fact that Crimea was not part of historical Ukraine but was ‘given’ as a present by Nikita Khrushchev to mark the 300th anniversary of Ukrainian union (in the Russian interpretation) with Moscow. For Russian nationalists this was only the most egregious example of the Soviet leadership’s ignorance and contempt for Russian history. All of us (and most of all Ukrainians) are now paying for this idiotic act.

I always believed that the Ukraine which emerged as an independent country with its 1991 borders would only survive if relations between Russia and the West remained good and Ukraine could act as a bridge between the two. If east-west relations soured and Ukraine was forced to make a choice between its neighbours then trouble was inevitable. This was partly for internal reasons.

As a crude generalisation, there was a sharp divide between the pro-Russian east and pro-European Kyiv and western regions. Many millions of Ukrainians were killed by other Ukrainians, as well as by the Nazi and Soviet regimes, in the twentieth century. Historical memory was a source of bitter division. Vital too was the external, Russian factor.

Russian policy-makers deeply resented but accepted with gritted teeth the advance of NATO into eastern Europe. For Moscow any unequivocal Ukrainian tilt towards the West was unbearable and membership of NATO totally unacceptable.

Moscow does have legitimate grievances about Western disregard for Russian sensitivities and security interests but a stronger motivation for Vladimir Putin and his circle is a sense of rage and humiliation at Russia’s loss of power, status and self-esteem since 1988.

To call this nostalgia for empire is fair enough so long as one does not associate this nostalgia with a plan to re-conquer the whole of the Soviet Union, let alone the Soviet informal empire in east-central Europe. Even the madder elements in the leadership know that this is impossible.

Having lost all of east-central Europe and much of the Soviet Union they are re-asserting their ‘right’ to Ukraine. After re-building the armed forces in the last ten years they feel they can achieve this goal. They have believed their own narrative that Ukrainians are not a true nation and that the West is so decadent and divided that it will offer no more than token resistance.

Even great powers must temper Realpolitik with some degree of restraint and proportionality. Only a life and death danger to vital Russian interests could justify the invasion of Ukraine and the enormous suffering it has caused. No such danger existed.

Above all, the invasion is based on gross miscalculation and is disastrous for Russia itself. All the economic gains painfully achieved since 1991 have been wiped out. The most enterprising and intelligent members of the younger generation will be paralysed or forced into emigration.

Today’s Russia is far too weak to force Ukrainians into subservience. By killing thousands of Russian-speaking Ukrainians and reducing their cities to rubble it has united the Ukrainian nation as never before.

The basic long-term reality is that Ukraine has lost Crimea and the eastern Donbas but Russia has lost Ukraine. Countless thousands of Ukrainians and Russians will probably die before all sides recognise this.

Worst of all, as Vladimir Putin and his bunker come to realise that they have pushed Russia into a cul de sac, the danger exists that desperation and humiliation may lead to risk-taking on an apocalyptic scale.