Understanding the messiness of Brexit 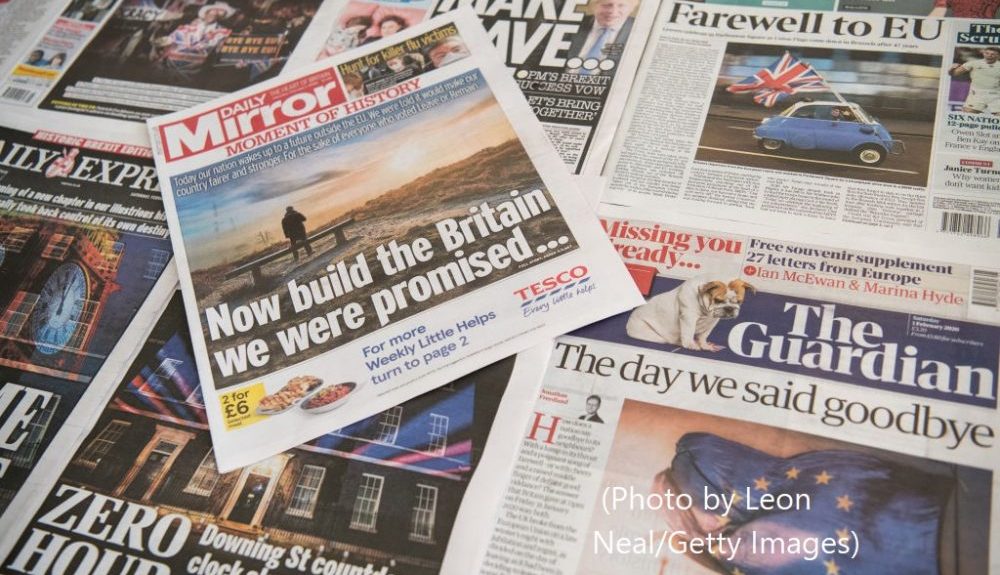 Boris Johnson’s promise to ‘Get Brexit Done’ won the Conservative Party a majority with a simple message: rather than dominating our politics, Brexit would be consigned to the history books.

Instead, what followed was a period of confusion. In 2020, at once both in or out of the European Union, the UK existed in an interregnum: Brexit slipped off the front pages, while agreeing a trade deal remained a central task for government.

Yet, in a very real sense, Brexit does now feel like ‘history’. No major political party is arguing that the UK rejoin. Indeed, it now suits the Labour Party and Keir Starmer – perhaps even more so than it suits the Conservative Party and Boris Johnson – to try and consign the political divisions created by Brexit to the past.

The fact the first case of Covid-19 was found in the UK on 31 January 2020, the day UK membership formally ended, gives extra resonance to the Arthur Schlesinger quote that ‘the increase in the velocity of history means, among other things, that the ‘present’ becomes the ‘past’ more swiftly than ever before.’

This process of Brexit becoming ‘history’ is messy, contested and driven both by events and political motivations.

At the UK in a Changing Europe, we have set up a Brexit Witness Archive which aims to begin the process of understanding that messiness.

From the summer of 2020, we began speaking to those actors who were involved in shaping the Brexit process – the politicians in the UK and the EU, the civil servants, the campaigners, the strategists that can make a claim to being part of shaping that process.

From this week, we will be releasing these interviews every week – and hope it will provide a key resource for those studying, and teaching, the politics of Brexit.

Of course, this historical process is barely beginning. But, at the very least, these oral histories provide a place to start.

There were some common themes that ran through much of the analysis, that give clues towards that key historical question of continuity and change that will dominate what happened in the last decade, and why it matters.

For example, the institution of the House of Commons was a place that was thought – at the time – to be transformed by Brexit.

Yet the idea that this period of disruption would have any long-term effect on Parliament was broadly viewed with scepticism by our participants.

The relationship between Government and Parliament has now, it was broadly agreed to have returned to ‘business as usual’.

If the old rules of Westminster politics survived unscathed, then Whitehall was clearly scarred by the process. This process began with the Brexit referendum itself: Philip Hammond describes the Treasury as ‘slightly – well, not slightly, severely – bruised by that experience … being painted as the villain of the referendum campaign’.

Philip Rycroft, who led the Department for Exiting the European Union, describes the civil service as sucked into an ideological battle due to Brexit. As a result, Philip argued that:

‘I think there has been damage done … the system is now in the grip of folk who will assert their view of the way that the world ought to be, because of the ideological perception of the way the civil service worked through this time.’

In short, these interpretations of the way the civil service acted during and following the referendum in 2016 are now questions of historical interpretation that will have real-world implications for the way the UK is governed in the future.

Key to this will be how those within the governing party – the Conservatives – interpret the last five years of British politics.

It is clear that the institution of the Conservative Party was transformed, a process entrenched by the lead up and result of the Brexit election. Paul Stephenson, the Director of Communications for Vote Leave and then, recalls during the 2019 campaign that:

‘When Labour started promising everything for free, people were quite attracted to that. That was when the polls started to narrow, and we had to get it back to Brexit and we had to remind people that nothing can be done until we solve Brexit.’

Paul undercuts the historical inevitability that runs through so much political analysis, and nicely illustrates why oral history can be so important in ‘centring’ those involved.

Many people argue that Boris Johnson’s victory was near-certain from the start. Internally, there was no certainty of victory.

He also highlights the importance of the idea that Brexit could be consigned to history – that Brexit is done, solved and resolved – was central to that victory.

In part then, the general election was won on the basis of a chimera. This process – of Brexit moving from a live political debate to a historical artefact – is still incomplete.

Across a range of areas of public policy, the meaning of leaving the European Union will be contested. Yet, perhaps more fundamentally, the history of Brexit cannot be ‘solved’.

The causes and consequences of Brexit will be constantly rewritten and reinterpreted for years, and decades, to come. We hope our archive can be a part of that iterative process of interpretation and understanding.

By Dr Alan Wager, research associate at the UK in a Changing Europe. This is a longer version of Dr Wager’s piece which originally appeared in House magazine online. You can read all the interviews from the Brexit Witness Archive here.