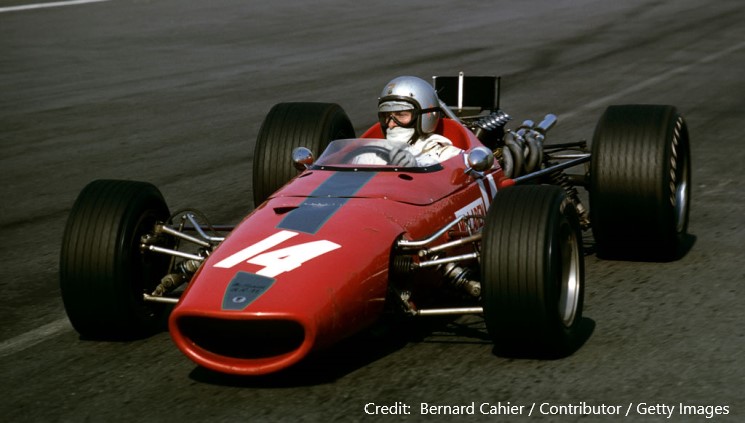 I’ve blogged previously about the ‘perfect storm’ engulfing the UK auto industry: a shift away from diesels, a downturn in the Chinese market and Brexit uncertainty slowing the economy, impacting in turn on sales and production.

Covid-19 has brought ‘perfect storm part II’, with supply chains disrupted, assembly closed down and car dealers shut. The economic damage from the virus will likely mean a 20% hit to car sales globally this year. That’s pretty devastating for an auto industry already beset by challenges and having to invest heavily in new technologies.

It was thought that the top end of the industry would be pretty much insulated from the unfolding ‘carmageddon’ but the news that the McLaren Group (Formula 1 team owner, technology specialist and maker of expensive, sleek supercars) is cutting 1,200 jobs just shows how awful the situation really is.

If anything epitomises the success of ultra cool, high-end and high-tech British auto then it’s McLaren.

Government ministers have often sung its praises and have been keen to be filmed at McLaren factory openings at Woking and Sheffield – although such ministers have been rather less conspicuous of late, having shunned the firm’s request for financial support.

The cuts amount to over a quarter of the firm’s 4,000 workforce. McLaren pointed to the suspension of manufacturing and car sales, the cancellation of motorsport events, reduced demand for its technology solutions, and the new F1 cost cap coming in next year as contributing factors.

The firm had furloughed a big chunk of workforce when car sales and F1 races screeched to a sudden halt a few months ago. F1 accounts for over 10% of the group’s turnover through prize money and advertising deals.

Since March the firm has burned through £250m. Shareholders pledged £300m of equity investment as the crisis first unfolded. The group is now trying to raise £275m from investors, using its classic car collection as collateral.

McLaren had reportedly applied to the government for a £150m emergency loan and had been turned down. That decision may well need to be revisited if further cuts are to be avoided.

The government decision not to support this most high-tech of auto players seemed odd as the firm is much more than just a fancy car firm.

McLaren Applied Technologies is at the cutting edge of Industry 4.0 and has applied the firm’s technology to other areas, through its development of smart products, smart data systems, virtual test and development environments, and control systems. It’s the sort of ‘smart manufacturing’ the UK is meant to excel at.

When success and failure in F1 can come down to hundredths of seconds in a pit stop, collecting and using real time data becomes critical for teams. McLaren – like other F1 firms – uses sensors in its race cars to collect data on things like tyre pressure, brake temperature, the impact of force, and uses this to continually improve car performance and inform team strategy through its ‘predictive analytics’ expertise.

Via McLaren Applied, the firm’s technology has been applied to a wider range of other sectors. It has developed health monitoring systems, speeded up drug trials run by pharma firms (which might come in handy in developing a vaccine quickly for Covid-19), and cut the time oil and gas drillers spend on exploration.

The firm’s ‘Decision Insight’ platform was also used with the National Air Traffic Control Service (NATS) and Heathrow Airport to build a system that enables controllers to optimise the flow of air and ground traffic. That can bring all sorts of benefits, such as through reducing delays, reducing emissions, and improving efficiency.

The firm was one of the first to join VentilatorChallengeUK, and worked with existing ventilator makers to scale up the production of existing designs to meet demand for these machines when Covid-10 hit the UK.  A big lesson from all this  is that manufacturing still matters, especially in times of crisis.

All of which makes one wonder if and when the government will reconsider helping the firm now the scale of the crisis affecting it and the wider auto industry becomes clearer.

And by way of illustration on the wider auto crisis, Jaguar Land Rover is in talks with the government over support worth over £1 billion.

The firm employs 38,000 workers in the UK with four times that number in its supply chain, and invests some £4 billion a year in research and product development. An attempt to issue bonds earlier in the year was pulled because of costs.

At the end of March the firm had £3.6 billion in cash and access to £1.9 billion in credit lines, but will have burned through at least £2 billion of that since, and is looking increasingly cash strapped.

Some sort of government support via Project Birch looks increasingly inevitable. When that happens the government may need to consider not only loans and loan guarantees but also an equity stake of some form.

As in the McLaren case, this may well be on a ‘lender of last resort’ basis where firms were deemed to be ‘strategic’ and where failure would have an especially negative impact on the UK economy.

Taking equity stakes in key firms, or granting loans that convert into equity, is radical in the UK and one that the last Labour government baulked at in the case of JLR in the Global Financial Crisis (the then business secretary Lord Mandelson was supportive but the Treasury hostile).

But such intervention is not unusual in other countries. The French government has a 15% stake in Renault and the State of Lower Saxony a 12% stake in VW, for example.

What’s more, the French government is about to embark on a $8 billion support package for the auto industry and a €6 billion loan guarantee for Renault, in return for the latter ‘relocalising’ some car production back to France.

The crisis today is far worse than the Financial Crisis a decade ago, and the Chancellor will have to consider all options in supporting otherwise viable, strategic manufacturers.

If loans and loan guarantees mean a cash crunch for firms down the road then loan to equity conversions may be needed with the government also taking a seat on the board.

And in the auto sector some form of ‘incentives’ may be needed – as in France – to attract customers back into showrooms when they reopen, ideally linked to greening the industry by encouraging buyers to trade in older cars and switch to electric and hybrid models.

The crisis is forcing the government to rapidly rethink the role of the state and what industrial policy looks like. Last year Boris Johnson had argued for a rethinking of State Aid after the Brexit transition period was over. That rethink has had to come a lot sooner than planned as Covid-19 has hit the economy.