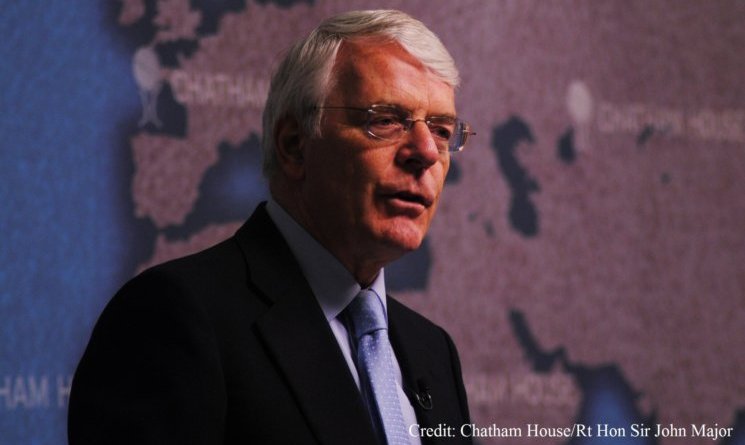 “Game, set and match” was not a phrase John Major uttered as he returned from the sleepy Dutch town of Maastricht in December 1991.

It was, however, the takeaway phrase from the government’s statement on the negotiation of the eponymous treaty. That treaty was signed exactly 25 years ago. A quarter of a century on, a paradox has been revealed. Maastricht was both a triumph and disaster for Britain’s place in the EU.

Mr Major played a blinder at the summit. He secured not only an opt-out of economic and monetary union – ensuring that it would be up to Britain whether or not to join the single currency – but also the removal of the social chapter from the body of the treaty itself.

He also played a critical role in the creation of the pillar structure that maintained key policy areas such as defence policy and immigration separate from the EC institutions.

Britain emerged having secured exceptions from those bits of the treaty it most opposed. Yet Maastricht represented a turning point in our relationship with European integration and contributed, albeit indirectly, to our decision to leave.

Politically, the angry parliamentary debates over the ratification of the treaty brought into the open a rift within the Conservative Party that has remained a feature of our politics to the present day.

The Fresh Start Group was created and immediately raised 84 signatures for an early day motion calling for the Maastricht Treaty to fall.

Several Conservative MPs prominent in the 2016 referendum were either among the rebels or were converted to Euroscepticism at the time of Maastricht.

Iain Duncan Smith subsequently boasted of having voted with Labour 11 times to oppose the treaty. Liam Fox signed an early day motion against it. Ironically, the Brexit minister David Davis earned the ire of many of these people at the time for his role as a government whip at the time of the Maastricht debates.

And the passions were not confined to parliament. In 1991, a new party committed to ending British participation in European integration, the Anti-Federalist League, was created. Shortly thereafter, it changed its name to the UK Independence Party.

Maastricht also revealed and reinforced the fundamental cleavage that had divided us from our partners since the late 1980s. After the Single European Act of 1987, the UK effectively became a status quo member state.

While London had been the driving force behind the creation of the single market, thereafter we were a satisfied, status quo power. The market, as far as we were concerned, made European integration complete.

Other states, of course, viewed things rather differently. For them, the EC, as it then was, was a work in progress. For them, the notion of political union had real meaning and the state-like qualities of the nascent European Union were something to celebrate. Yet the further forward they pushed, the more disgruntled many in Britain became.

And it wasn’t just the impact of the treaty on Britain that has shaped subsequent events here. Maastricht created a raft of problems for the EU itself.

During the negotiations, and motivated by concerns about the implications of German unification, European leaders chose to endow the European Union with competence across a range of new policy areas, notably monetary policy, asylum and immigration.

Equally, however – anxious to maintain their own authority – they stopped short of providing the EU with the tools for effective action.

The member states did not so much empower the EU as dump competences on it while giving it as few powers as possible. And the areas where this was most true – fiscal policy, justice and home affairs – now haunt today’s leaders as a result.

Both the migration crisis and the eurozone crisis betray the traces of the incomplete integration so rashly entered into at Maastricht. In both cases, the EU has sufficient competence to attract the blame for failure, while lacking the ability to actually solve complex problems.

Schengen has opened borders, but there is no way of ensuring that member states take equal or proportionate shares of the migrants who enter the zone. The euro exists, but alongside purely national fiscal policies, it has run into the sand.

The obvious shortcomings of the EU in these areas played an important role in the debate that led to Britain’s referendum. The chaos of attempts to deal with the migrant crisis fed into debates about migration and freedom of movement.

The Eurozone crisis eroded the belief that, whatever its failings, EU membership was good for the British economy. Maastricht, in other words, came back to haunt us.

The warning signs were, of course, there from the start. Denmark initially rejected the treaty in a referendum, while the French came perilously close to doing so. Meanwhile, the German constitutional court signalled its unease about the direction of integration.

European leaders then, and subsequently, chose to ignore public discontent. The treaty they signed is part of the explanation why their contemporary British counterparts cannot.

Anand Menon is director of UK in a Changing Europe and professor of European politics and foreign affairs, King’s College London. This piece originally featured in The Times.