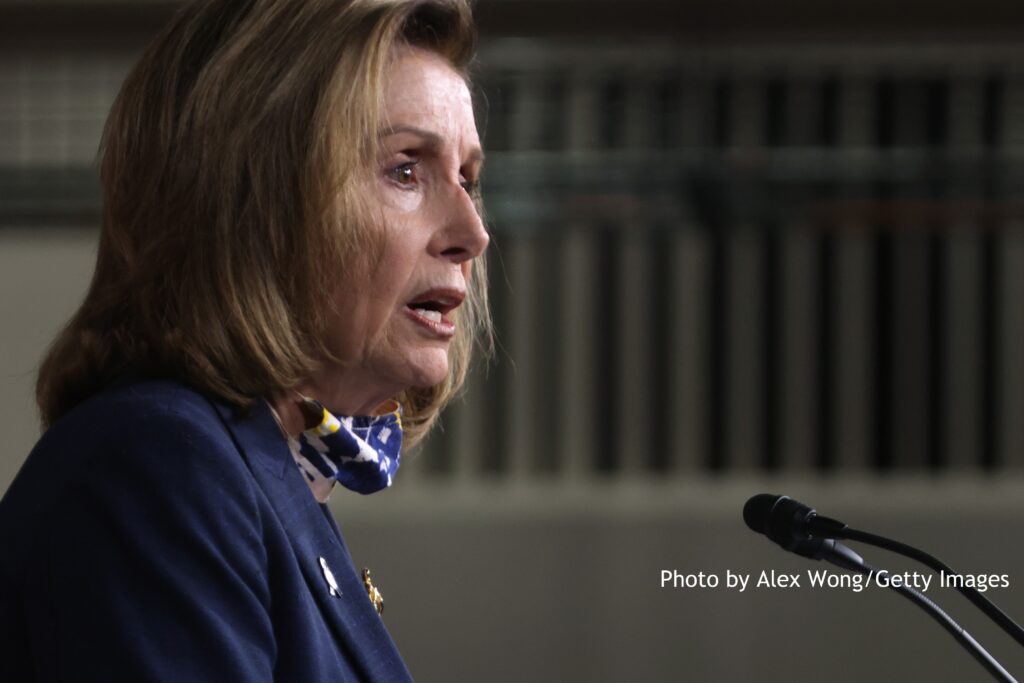 Last week saw the collision of two big subplots in the story of the UK’s exit from the EU: the Irish border and Democrats making public statements on a US trade deal. The connection between the two may not be obvious to everyone, so it is worth pausing to take stock.

The Irish issue was scarcely mentioned during the 2016 campaign, reflecting blithe confidence that it could surely be sorted out easily. It roared to centre-stage, however, during subsequent negotiations.

The UK’s exit from the EU without a free trade deal would require customs checks on goods crossing between the two.

But imposing such a frontier between Northern Ireland and the Republic would hobble the 1998 Good Friday agreement, which brought peace after decades of political violence.

The original theory on the British side, articulated among others by David Davis, was that big EU member states would never let their interest in trade with the UK be held hostage to the interests of a small, peripheral member like Ireland.

This proved incorrect: the EU stood unanimously behind the Irish position that agreement on the Irish border was a pre-condition for negotiated exit.

The UK’s exit agreement must stipulate that in the absence of a full trade deal between the UK and EU, the default would be either the whole UK remaining within the EU customs union, or special provision for Northern Ireland.

Theresa May, dependent upon DUP votes for a parliamentary majority, was inclined to take the first option. When Boris Johnson displaced her in 2019, his innovation was to choose the second: dispense with the concerns of unionists and agree to a bureaucratic trade frontier between Northern Ireland and the rest of the UK. This was the deal he campaigned on in December 2019, agreed with Brussels, and then passed through Parliament.

One of the primary arguments of advocates for a ‘hard’ Brexit has been that it is vital to extract Britain fully from EU customs arrangements so it can negotiate its own trade deals, unencumbered by the need to stay in sync with Europe. None of these has had higher profile in reportage than the prospect of such a deal with the US.

Every time Donald Trump has met with either Theresa May or Boris Johnson, UK media coverage has focused heavily – some might say excessively – on the question of whether such a deal will soon be forthcoming.

President Trump, fond of press attention and not much concerned with detail or accuracy, has usually been happy to say something reassuring to that effect.

With Trump presiding over America, and a purist Brexiteer government in the UK, it seemed a natural narrative to many that the former would try to help the latter out by doing a deal on the quick.

This was always more illusion than reality: deals on such scale typically take many years of painstaking negotiation, Trump knew little or nothing about the pertinent issues, and it was never clear that vague public statements were accompanied by meaningful progress behind the scenes.

To the extent that the story made the news between President-PM meetings, it was usually in the pessimistic context of fears over food standards (‘chlorinated chicken’) or undermining public provision (‘selling off our NHS’).

But the most obvious and important barrier of all, from the perspective of any US politic expert, was peculiarly under-discussed. Under the US Constitution, trade agreements require passage in both chambers of Congress.

Even with the Republican party in control of both, as was the case 2017-18, approving a trade deal is not in Trump’s gift in the way it might be to the head of government in a parliamentary system.

But since 2019, the House of Representatives has been under control of the Democratic Party – a party representing quite different interests than the president, and that feels no spiritual affinity with either Brexit or conservative populism.

Even in the absence of any new controversy, therefore, a tough road lay ahead for any new US-UK trade deal.

One might have thought, therefore, it would be a priority for the UK government to not create new obstacles.

This is precisely what they did: the recently-tabled Internal Market Bill may cause the UK might to renege on promises regarding Northern Ireland in its EU exit agreement.

The plan had only been a few days on the water, however, when it received a shot across its bows from across the Atlantic.

Apparently taken entirely by surprise by London’s move, several of the most senior Democrats in Congress made public statements that British respect for the Good Friday Agreement was an absolute precondition for their support for any trade deal.

These included the House Speaker Nancy Pelosi (the most senior Democrat in the chamber), chair of its foreign affairs committee Eliot Engel, and chair of the powerful Ways and Means committee Richard Neal.

To add to the chorus, Antony Blinken, Joseph Biden’s head foreign policy advisor, issued a stern rebuke on Twitter to the same effect. Many interpreted this, appropriately, as an indication of the candidate’s position.

Nobody in London had reasonable grounds for surprise that US Democrats adopted these positions. They had done so publicly before, as recently as July 2019, just before Boris Johnson agreed to the deal with Brussels he is now seeking to unilaterally amend.

Their reasons are not mysterious. First, the Northern Ireland peace process, resulting in the Good Friday Agreement, was a proud diplomatic achievement in which the US – including but not limited to President Bill Clinton – played a significant part. Many senior Americans therefore feel a compelling obligation to defend it.

Second, notwithstanding America’s ‘special relationship’ with the UK, Irish Americans – among whose number Biden and Neal count themselves – have occupied a prominent and powerful role in American public life for many decades.

In combination with the tortured history and legacy of British rule in Ireland, this has often made British policy toward Ireland an especially vulnerable spot for the US-UK relationship.

This is not to say that Dublin holds a veto over American relations with the UK in a broad sense. But it is inconceivable that Congressional Democrats would endorse any British policy toward the Irish border that did not have the Republic’s consent.

Third, after an unhappy period for American-European relations under President Trump, it would be a matter of priority for a Biden administration – if there is one – to signal renewed commitment to liberal norms of international relations. Being seen to chastise populist nationalism run amok in London, by doing no more than reminding the UK it should abide by a solemn international obligation so recently undertaken, is a near-automatic move in such a context.

The simple facts are these: US Democrats in Congress hold absolute blocking power over any US-UK trade agreement.

A Democrat may soon hold the presidency. Democrats will not give their imprimatur to any UK arrangement at the Irish border to which Dublin objects.

Therefore, to the extent that a new trade deal with the US is part of the rationale for Brexit, the UK reneging on the Irish dimension of its exit deal would be an act of grotesque self-sabotage.