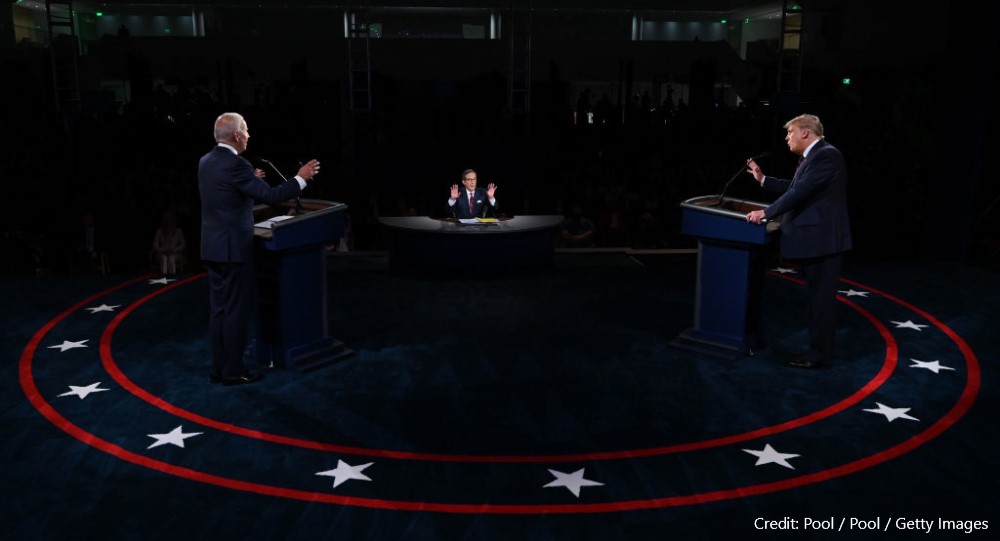 Today, the shock caused by Donald Trump’s seismic victory in 2016 still sends pre-election nerves fluttering in Washington and amongst America’s allies throughout the world. Those who dare to dream that a Biden presidency could be possible next month yearn for a return to a more measured, strategic type of foreign policy.

But dreams they are. The United States that a President Biden would govern is in an entirely new stage of its lifecycle, and the imprint of the Trump era will continue to cast a spectre across its choices on the world stage.

There is no question that, as President, Donald Trump has pursued a maverick approach to diplomacy, centred around personal relationships.

He has courted and then shunned the autocratic leaders of America’s strategic rivals. He has fundamentally eschewed multilateralism, withdrawing the United States from key international institutions and compacts, such as the Paris Climate Accord.

These choices reflect his hard-wired instincts, which do not conform to any particular political ideology, and his own infinite belief in his capacity as a ‘deal-maker’. The break from the traditional norms governing American foreign policy is substantive – straddling both style and substance.

The United States’ traditionally role as a leading force underpinning global security and the governance of international institutions has been balanced by its moral mission to promote democracy and human rights.

Although President Trump believes in America’s supremacy as an economic power, and as a political culture, he fundamentally rejects the notion of America holding any particular responsibility or commitment to the functioning and security of the world at large.

Without this inherent belief in America’s global leadership, the notion of projecting a values agenda and holding other nations to account on their human rights record is baffling to President Trump.

Should Donald Trump defy the polls and win another term, there is every reason to suggest that this unusual approach to foreign policy will continue. Efforts to ‘rein him in’ or encourage him to delegate decision-making to more hawkish traditionalists have largely failed.

The mistake has been to confuse his lack of political ideology means an absence of political philosophy; yet, underneath the often-unpredictable behaviour lies a distinct, fully formed political contract with his voting base.

This contract specifically promises to protect the American people from social change, and to build a more self-sufficient economy that diminishes the importance of international trade and production.

Global engagement will only be afforded time and resources if it can deliver a tangible benefit to America’s prestige and perceived dominance.

In practice, delivering on these promises will require a doubling down on America’s retreat from international engagement.

Another four years of Donald Trump’s America will completely withdraw the United States from sitting at the table of many of the institutions it once championed as integral to global peace and security.

Trade wars will continue to flare. His curiosity and beguilement towards authoritarian leaders will complicate America’s moral voice in the world, and undermine democratic security at home. Tensions with China will escalate dangerously. The State Department will limp on, its expertise and effectiveness ebbing away.

At the end of this term, it will be difficult to argue that the United States and its constitutional democracy stands as the ‘light on the hill’ for the world to follow.

The well-worn narrative in the 2016 election was that both candidates were unpopular and somehow both represented different strains of elite hubris.

With a term of Donald Trump under our belts, we can say with some confidence that, under Hilary Clinton’s leadership, the United States would not have pursued such a radical shift in its foreign policy doctrine.

And it is unlikely that its international reputation would have been so catastrophically damaged. Recent surveys from the BFPG and Pew Research confirm that America’s reputation amongst its allies has reached historical lows.

As we consider the consequences of a Biden presidency, however, we must acknowledge that the four years under Donald Trump mean that his administration will hit the ground running not from a standing start, but from something more akin to a point of injury. There is much to repair and restore amongst America’s friends and allies around the world.

Perhaps more significantly, the nation’s own social fabric has deteriorated. The challenge of bringing the American people, who have been encouraged to resent and fear one another, back together underneath a vision for the nation’s future, is immense.

Many of the baseline assumptions of the United States’ global mission have been dismantled, and the task of making the case for reinstating them is much harder now they have been questioned.

Without doubt, Donald Trump has personally precipitated this reckoning, which will cast a spectre over a Joe Biden presidency. Yet, its roots run much deeper.

When President Obama entered the White House, it was already clear that America was on its way to a new era. His foreign policy doctrine reflected the collective trauma of the bungled, expensive war on terror. Throughout his term, he twisted the default position of American military interventionism from action to caution.

By the time Hilary Clinton and Donald Trump went to the polls in 2016, both candidates promised to temper the era of globalisation, which had wrought economic and social insecurity for the American people.

Joe Biden’s leadership of a Democratic government will need to reconcile the polarisation within the party, and the nation. Support for an active American foreign policy is deeply contested amongst many constituencies, although they are often driven by different motivations.

Like President Obama, Joe Biden will seek to restore America’s moral purpose and its commitment to global cooperation.

However, as the United States’ closest historical ally, Britain must prepare for a new era in the nation’s global leadership. In particular, the UK should expect that the role of coordinating the Western alliance, and the stewardship of global institutions towards liberal interests, will need to be shared.

Rather than keeping our heads in the sand, or waiting for others to step in, the United Kingdom should feel confident to seize this responsibility.

The Global Britain project provides the impetus and the political will to achieve this generational shift in our international role. A truly empowered Britain will not wait for America to show its hand.

By Sophia Gaston, Director of the British Foreign Policy Group, and the lead author of a new report on the future of American foreign policy.