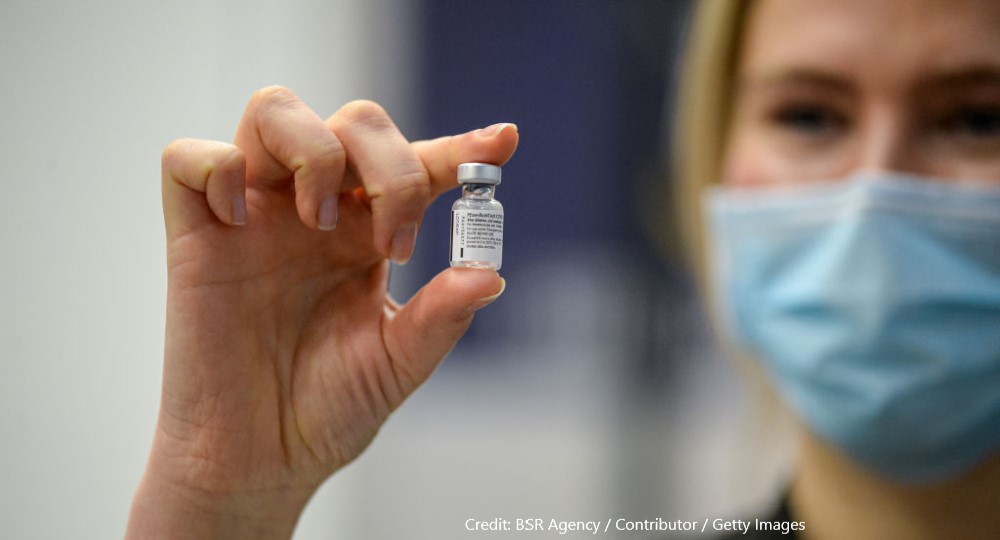 With thousands of daily deaths across Europe and a seemingly slow vaccine roll-out, the EU is coming in for increasing criticism.

EU institutions and other relevant actors may have good reasons for the decisions they have taken but, if so, EU citizens are entitled to hear them.

The difficulty in securing clear answers does raise questions about accountability for EU decision-making in general.

There appear to be three potential sources of the current problems in relation to Covid-19 vaccinations: first, the procurement decisions made; second, the approval process for vaccines; and, third, the slow roll out of the vaccines that states currently have.

Taking these in turn, the procurement process was co-ordinated by the European Commission.

On the plus side, it appears that this process achieved a good deal in terms of the price paid for vaccines.

However, it appears that the Commission turned down the opportunity to purchase large amounts of the Pfizer-BioNTech and Moderna vaccines in favour of spreading its order across a wide range of vaccines, some of which have subsequently had disappointing outcomes in testing.

BioNTech head, Uğur Şahin, also complained that dealings with the EU were slower and more difficult than with other countries. It also appears that the Commission was relatively late in placing some orders, meaning that delivery will also be late.

In relation to the approval process, the European Medicines Agency (EMA) took almost three weeks more than the UK regulator to approve the Pfizer/BioNTech vaccine. It had planned to take a further week until it came under pressure from member states.

It has also not yet approved the Oxford/Astra-Zeneca vaccine, which is the largest component of the EU’s vaccine order, and does not plan to approve it until the end of January.

In relation to distributing vaccines, there has been a series of delays and in most member states the numbers delivered remain much lower than the UK, US and Israel on a per capita basis.

With these outcomes, criticism has been mounting.

Der Spiegel ran a series of critical articles. This was followed by harsh words from the Minister President of Bavaria, who decried the Commission’s “inadequate” purchasing process.

Unsurprisingly, Eurosceptic outlets such as the UK’s Spectator magazine have jumped in to decry the ‘slow, bumbling, arrogant’ EU.

So, are these criticisms well-founded?

At this stage, the answer to this question is unclear, particularly to those, like me, who are not public health experts.

It is still early days and, at least in relation to delivering the vaccines currently available, the problem would appear to be with individual member states (Denmark, for instance, is vaccinating at a fairly rapid pace while others such as the Netherlands and Ireland have been much slower).

But what is clear is that there are challenges in ensuring proper accountability in the EU decision-making process.

In relation to procurement decisions, the Commission may have made mistakes in driving a hard bargain on price and turning down significant numbers of Pfizer vaccines.

After all, given the tragedy of thousands of deaths and the ruinous cost of lockdowns, paying a higher price for earlier delivery could well have saved money overall.

However, in relation to a matter of such salience, it is not credible that the Commission took these decisions without significant input and sign-off from member states.

Because the EU decision-making process involves many actors, with purely EU institutions such as the Commission and member states each having roles, the danger is that this means that no one is fully accountable for the ultimate decision.

What is needed is for both national and EU accountability mechanisms to play their part.

In relation to the authorisation process carried out by the EMA, accountability is also needed.

The agency has explained that it is granting conditional authorisations, which are more comprehensive than the emergency authorisations granted by the UK authorities, and that therefore their process needs more time.

But they have not explained why they have chosen this slower, more comprehensive method at a time when thousands are dying daily.

So far, the degree of accountability at EU level has been inadequate.

The response of EU Health Commissioner Kyriakides’s spokesperson to Der Spiegel’s allegations was that “we do not comment on the progress of negotiations”.

Writing in the Irish Examiner, Renew Europe and Fianna Fail MEP Billy Kelleher – who sits on the European Parliament’s public health committee – made it clear that even he in somewhat in the dark.

He wrote that he is still seeking proper answers in relation to the Commission’s procurement decisions. He also noted that there had been ‘minimal communication’ from the EMA and no proper explanation of why they had chosen to pursue the slower form of vaccine authorisation in an emergency.

The Commission, the EMA and the member states may have good reasons for the decisions they took. In the long run, their approach may even turn out best.

But EU citizens deserve to hear these explanations. Because EU decision-making involves several actors each accountable to different bodies, it is all too easy for any individual actor to pass the buck.

However, there are signs that the system can work.

National politicians and journalists are asking increasingly pointed questions about failures in roll-out programmes and the role played by national ministers in the EU procurement process.

The public health committee of the European Parliament has invited both Commissioner Kyriakides and the head of the EMA to appear before it to account for their decisions.

Thankfully, the debate has thus far avoided being distorted by the tendency to see everything through the lens of people’s broader attitude to European integration.

Of course, Eurosceptics have stuck to their tendency to see any failures in an EU process as evidence of the rottenness of the EU as a whole, and the Commission has continued to claim any successful action as evidence of the need for greater integration.

However, in the vaccine debate so far there has been a good number of contributions focusing on what went well and what went wrong rather than an instrumentalisation of the vaccine issue in the service of a wider pro-EU or anti-EU agenda. This is healthy.

The Union is secure enough and powerful enough to survive occasions when its decision-making processes produce sub-optimal outcomes. Indeed, it is only by accounting for its errors that it can learn how to avoid them in the future.

By Ronan McCrea, Professor of Constitutional and European Law at University College London.