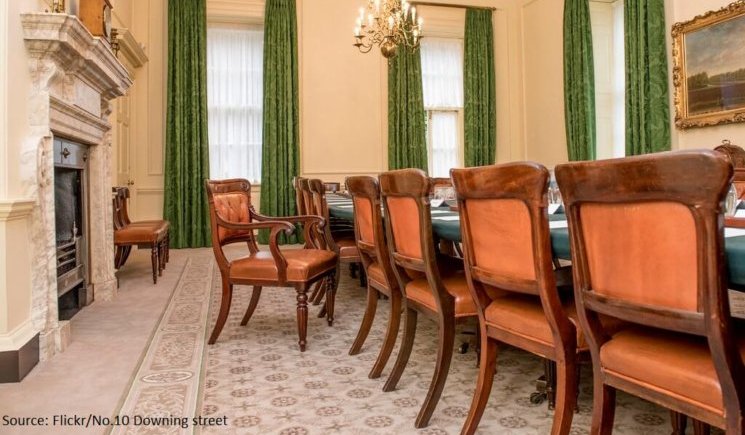 Directionless and with no defined destination in sight, the UK Government is lurching from one round of the Brexit talks to the next, failing to formulate any clear negotiating position in the process.

Despite encouraging tones emanating from the fourth round of discussions at the end of September, as well as from Prime Minister Theresa May’s Florence speech, the key issues of the first phase of the talks (citizens’ rights, the financial settlement and the question of the UK-Irish border) remain unresolved. Uncertainty on these issues will persist until such a point when the UK Government actually knows what it would like its precise end-goal in the negotiations to be.

Herein lies the crux of the issue. The Brexit vote on 23 June 2016 was a vote for departure but not for destination, and serious questions should be asked as to what level of planning has taken place since then, and how unified ministers are around the contents of the Florence speech. Theresa May and her Cabinet have been more focused on keeping their minority administration intact and playing to all wings of the Conservative Party than actually forming a coherent strategy for the Brexit negotiations.

This is something which is turning into an endless and increasingly difficult balancing act for the Prime Minister, with red lines being imposed through media interventions by the Foreign Secretary, Boris Johnson, coupled with daily signs of Cabinet disunity. The weak position of the Government is well-reflected in the UK’s negotiating papers to date. These have been largely descriptive, and have rarely contained anything resembling an obvious negotiating stance.

While some progress has been made on the issues of citizens’ rights, retaining the Common Travel Area, and Britain agreeing to meet its financial obligations through to 2020, there has so far not been enough progress on the divorce issues. It was not surprising that Michel Barnier, the European Commission’s Brexit negotiator, noted at the conclusion of the fourth round of the talks that “we are not there yet” as regards reaching an agreement on the first phase of the negotiations.

When the negotiations started, the aim was to have five rounds of talks on the first phase, with a view to reaching an agreement by late September/early October, which would have allowed Michel Barnier to have recommended the opening of talks on the future relationship to the EU27 at the 19 October European Council. Any decision on whether to move on to discussions about the future relationship hinges on whether or not Michel Barnier and his team believe that “sufficient progress” has been made on this first phase.

Given the lack of progress made so far, the chances that he will be in a position to recommend opening discussions on the future relationship by 19 October are decreasing by the second. The vote on a resolution by the European Parliament of 3 October in favour of calling on the European Council not to “green-light” the opening of talks on the future relationship at its October meeting – which passed overwhelmingly –  casts further doubts on whether there will be a break through any time soon.

In the likely scenario of Barnier being unable to recommend that “sufficient progress” has been made by the October European Council, the emphasis would then shift to such a decision, most likely, being considered for the 14 December European Council. In the meantime, the clock continues ticking and the amount of time left to complete the withdrawal agreement, let alone the future relationship, is diminishing.

Theresa May is aware of this and her decision to call for a transition period of up to two years in her Florence speech is grounded in the reality that it will be nigh-on impossible to finalise an agreement on the future relationship by March 2019. The fact that this reality has dawned upon the Prime Minister should be welcomed, but it is striking that it took her six months from the notification of Article 50, to understand that the timings were not in her favour and that a transition period would be required.

Her acceptance, in the Florence speech, that a transition period would keep the UK within the EU’s existing framework of rules and regulations may well help to avoid the immediate cliff-edge scenario of the UK crashing out of the EU with no deal on its future relationship in March 2019. However, in the long run, all this decision does is to kick the can of economic uncerainty down the road until March 2021, where the Government have so far failed to spell out precisely how the UK would be able to continue to trade with the EU on existing terms, if the government’s aim is to leave both the Customs Union and the Single Market.

Worse for Theresa May, the decision as to whether there will be a transition period between March 2019 and the beginning of the as-yet-unknown future relationship will ultimately be taken by the EU27 and not by the UK Government, further reflecting the weak position the Prime Minister finds herself in.

Regardless of whether there is a transition period or not, the fact of the matter remains that there is one year to go to sort out the divorce settlement (including the UK-Ireland border), before the ratification process for the completion of the Article 50 talks has to commence.

Even if talks on the future relationship start by the end of 2017 they are unlikely to be completed by March 2019. Until the UK Government actually starts deciding what it would like the future relationship to look like, all a two-year transition period will do is delay the negative impact that leaving the single market and the Customs Union will create, and defer the need to take big decisions about how to deal with the consequences thereof.

At Open Britain, we will continue to campaign for the UK’s best interests which we believe are served by staying in the Single Market and the Customs Union in the long term, not just during a transition period. As the negotiations continue and the UK Government continues to make mistake after mistake, it is only right that all of us keep an open mind on the path which has been chosen.

By Thomas Cole, Head of Policy and Research at the pro-European organisation Open Britain.