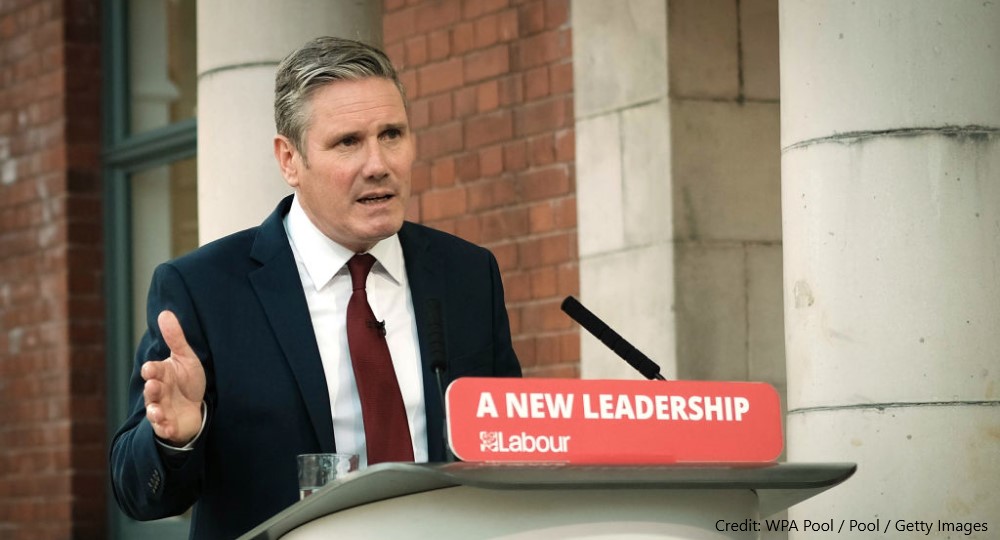 Anyone concerned about the health of representative democracy will find ‘Mind the Values Gap’ a depressing picture in which too few voters can find political parties that well represent their views.

The study explores voters’ economic and social values and their choices in the EU referendum and 2019 general election.

When neither major party reflects the views of the ‘average’ voter on social issues and most voters, including 2019 Conservative voters, are not well represented by the economic values of current Conservative MPs it is not surprising that many voters lack confidence in the political system.

‘Mind the Values Gap’ suggests that ‘ideally those voting for a party would broadly share its values’. A better way of framing this statement might be that ‘ideally political parties would reflect the values of those they ask to vote for it’.

The picture that emerges is less one of political parties compromising their views to meet those of the electorate than of voters being forced to compromise their values in order to choose a party.

Voters who switched from Labour to Conservative in 2019 have authoritarian values closer to the Conservatives voters even though they are to the left of centre on economic issues. This might suggest that the decisive issues were social rather than economic values.

But while the study uses the familiar axes of left-right economic and liberal-authoritarian values from the British Election Study (BES), it’s clear they are not the only ones in play.

In the referendum and the general election questions of national identity, democracy, sovereignty and governance were to the fore. It seems perverse not to put due weight on these, rather than economic and social values.

In the BES ‘word cloud’ of Leave voter motivation immigration dominated with other words concerning sovereignty and nation featuring strongly. In 2019 YouGov polling showed that national sovereignty had become more important than immigration amongst Leavers.

The Future of England Survey has shown for some time that English voters who emphasised their English identity were both more Eurosceptic and UK union sceptical.

In the EU referendum it was the ‘English not British’ and ‘more English than British’ who were decisive. Boris Johnson won almost entirely amongst the same voters.

We don’t have comparable data sets to those on economic and social values, but we know voter behaviour correlates with their sense of national identity and pride, with their views on where sovereignty should lie, and the extent to which political parties represent people like themselves.

‘Take Back Control’ and ‘Get Brexit Done’ both spoke clearly to a decisive section of the electorate and in a context where the ‘other side’ – Remain in the referendum or Labour on 2019 – barely attempted to address the same issues.

When few voters could find a party that reflected all their economic or social values it should not be surprising if the one apparently clear-cut issue – national democracy and sovereignty – emerged as definitive.

We are not really divided into two tribes (Leave/Remain; Labour/Conservative; even mask wearers and or refusers).

Values data and segmentation studies show we live in a fragmented nation of varied value clusters, spatial geography, economic experience and closeness to power. This is the uneven terrain political parties try to negotiate.

They don’t have to abandon all their core values in order to appeal to new voters. The underlying data in ‘Mind the Values Gap’ shows that each party only needs to extend its envelope of values a fairly short distance to capture the middle ground on economic and social issues if the parties want to aim for them. Nor do parties have to align entirely with voters to gain their support.

Equally important is the ability of parties to define electoral issues on their strongest ground and neutralise issues that lie in more hostile values territory. That’s what Leave and the Conservatives have managed in the recent past.

The next election will be fought across all three value sets. Labour stands to benefit if it can make the economy the deciding issue.

But unless Labour can turn public unease with an unfair economy into a popular programme, the Conservatives neutralise the issue by simply acknowledging, as Michael Gove has done, that the economy does not work for many people.

If ‘levelling-up’ and Brexit prove economically challenging the Conservatives could still try to mine a fertile agenda around crime, immigration, ‘interfering judges’ and political correctness.

Beyond this remains a rich panorama of national democratic issues. Neither of the national stories recently offered – traditional British unionism to which all have to assent or cosmopolitan internationalism that eschews national pride – could unite a diverse nation.

Brexit may be less salient as a binary issue, but many questions will remain: what sort of nation we are, who belongs to the national community, our relationship with the rest of the world, what the relationship should be between the nations (including England) and the union, and where the balance of power should lie between parliament, people, executive and the courts.

In early skirmishes Keir Starmer has avoided a daft row about the Last Night of the Proms, insists that Brexit has been decided, and made patriotism the core of his first ‘conference speech’ as leader. But the Conservatives are not about to abandon a battle ground that has served them so well.