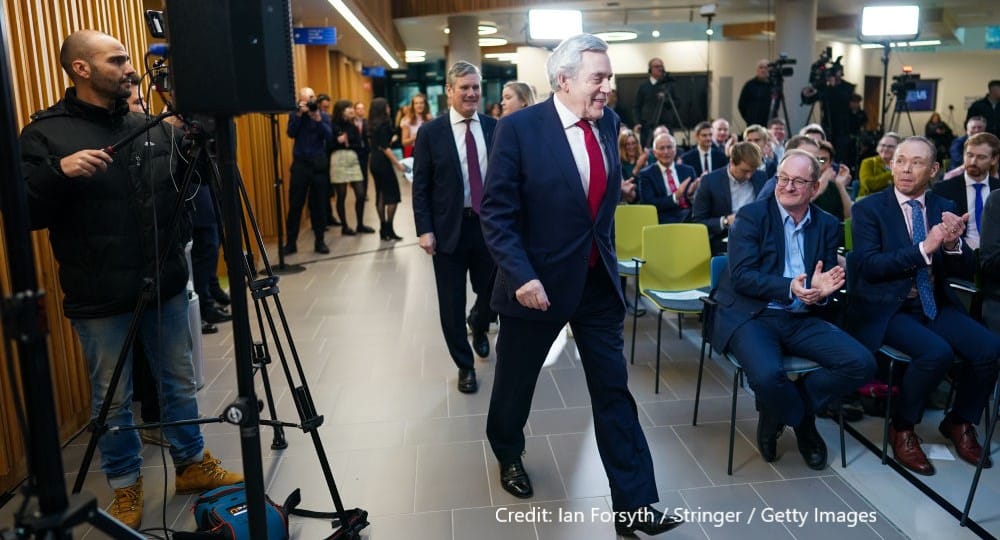 Colm O’Cinneide sets out the proposals of Gordon Brown’s Commission on the UK’s Future for giving constitutional recognition to basic social rights, observing that the proposals represent a departure from the modest ambition typical of British constitutional thinking but that their envisaged legal effect remains vague.

The report of Gordon Brown’s Commission on the UK’s Future cannot be faulted for ambition. It aims to reset the UK with radically new economic, social and constitutional settings, by way of establishing a ‘New Britain’. Most reaction to the report has focused on its proposals for institutional reform. But there is another part of the report which has not received the attention it deserves, namely its proposals to give constitutional recognition to certain basic social rights. These are worth a closer look.

In diagnosing the ills of contemporary Britain, the report emphasises the economic damage wrought by ‘outdated neo-liberal economic dogma’, as well as by ‘an unreformed, over-centralised way of governing that leaves millions of people… left to feel as if they are treated as second class citizens in their own country’. It suggests this undermines ‘national unity’ and people’s desire to feel ‘part of a common endeavour’.

The report thus calls for a new emphasis on identifying ‘common values’ and building a stronger shared national identity – based on recognition of how resources are pooled and shared across the UK. It considers that constitutional framing can advance this project, by ‘setting out the purpose and direction of a country and the values and principles recognised by the people…’.

As such, the report proposes that these common purposes should be set out in a new ‘constitutional statute’ enacted by Parliament, guiding how political power is exercised across the UK. Shared social values would be emphasised: in particular, this national ‘statement of purpose’ would affirm that the UK is a ‘social union’ and recognise its obligation to guarantee ‘social support to all…with a view to ensuring that no child, no family and no elderly citizen need live in poverty’.

The report also suggests that these commitments should be backed up by more explicit social rights provisions, starting with four concrete guarantees: (i) free healthcare for every person entitled to it in the UK, including a general right of access to emergency treatment; (ii) free primary and secondary education for all children; (iii) guaranteed social assistance to ‘every person legitimately present in the UK’, supplemented by a general guarantee of non-destitution; and (iv) entitlement to decent accommodation, ‘in accordance with…relevant law’.

Additional social rights might also be guaranteed, along with environmental and cultural rights, depending on the outcome of further consultation and debate.

These proposals represent a significant departure from conventional thinking about the UK constitution. British constitutionalism tends to have modest ambitions. It focuses on regulating the political process and coordinating the interaction of the major institutions of state.

But the commission’s report envisages a modified UK constitutional framework playing a much more ambitious role – with its social rights proposals being integral to this expanded functionality.

For example, the proposed constitutional ‘mission statement’ is viewed as a mechanism for both reinforcing national identity and steering the exercise of public power. This is a function similar to the role that ‘constitutional directives’ are supposed to play in a range of different constitutional systems across the democratic world, including many Commonwealth states.

Indeed, the suggestion that the UK affirm its identity as a ‘social union’ has clear parallels in the provisions of Article 20 of the German Basic Law, which states that the German Federal Republic is a ‘democratic and social federal state’.

Similarly, the proposed basic social rights guarantees are echoed in similar provisions of e.g. Articles 75-76 of the Danish Constitutional Act, Article 2(1) of the Swedish Instrument of Government, or Articles 31-47 of the Constitution of Italy.

Perhaps wisely, the report does not draw specific attention to these European comparisons. However, similar social rights clauses can now be found in the majority of the world’s written constitutions. Their practical impact can be difficult to assess. In some states, their influence is negligible. However, in other states, they are regarded as having real symbolic value – and such ‘social constitutionalism’ can exert some influence on national law and politics.

It remains to be seen whether the commission’s proposals generate interest and enthusiasm in the specific UK context. However, Gordon Brown for one is doubtless well aware that the Scottish government has been actively seeking to enshrine social rights in law, to emphasise the values assigned to such rights in Scotland. It is thus not surprising that the report highlights the potential value of giving constitutional articulation to shared UK social values.

The report is vague on the legal effect of its proposals. The report indicates that ‘it is our intention to guide governments rather than put the running of services into the hands of the courts’. However, it also acknowledges that the constitutional ‘statement of purpose’ clause might guide ‘the interpretation of later constitutional provisions’, and there is some loose talk about the basic social rights guarantees ‘acting as a constraint on public bodies’ – including the devolved legislatures.

The suggested wording of these rights guarantees, outlined above, largely reflects the legal status quo. However, they still could prove to be legally potent.

As a result, it is not clear whether the commission envisages the courts playing a residual role in enforcing compliance with these social rights guarantees, as for example German courts do. It seems the commission views this as a matter of detail, to be decided through further consultation and political debate.

What is clear, however, is that the commission considers that the real added value gained by constitutionalising social rights is the enhanced political protection they will get against ‘future threats of removal’.

Irrespective of reaction to the commission’s specific proposals, it will be interesting to see whether its overall ambition of giving greater status, heft and salience to social rights gains traction in the future.