Videodiplomacy in the Brexit talks and beyond 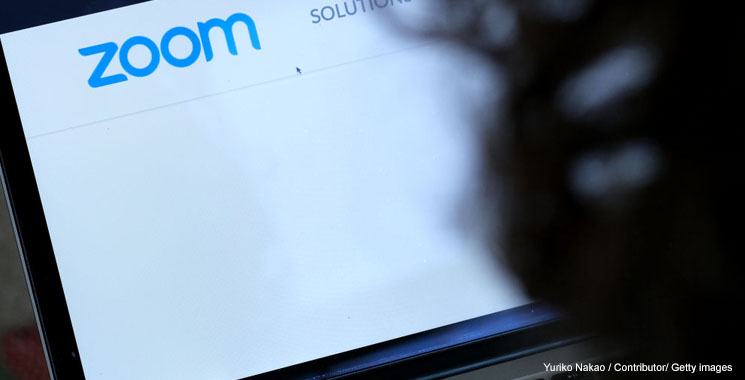 With the next round of negotiating post-Brexit arrangements starting this week, the coronavirus lockdown puts negotiators, technology, and international relations to the test. Can high-stakes diplomacy be conducted successfully via videoconferencing?

Many diplomats simply do not believe in videoconferencing for diplomacy; at least, they consider it a poor substitute for in-person meetings.

But now, of course, the coronavirus has hit. With convening and traveling impossible, some of videoconferencing’s most vocal opposers – including professionals, court systems and even parliaments – flocked to Zoom.

For the most part, they discovered that videoconferencing is, functionally speaking, up to their tasks. Via videoconference, justice can be dispensed, laws passed, and deals reached.

All of which returns us to the question of videoconferencing’s use for diplomacy.

The limitations of videoconferencing are unlikely to dissuade Boris Johnson’s government from its insistence on completing negotiations by their end-of-year deadline.

So, not for the first time, it falls to the diplomatic corps to rise to the occasion and do their best to negotiate a good deal on a rocky playing field.

Here are some of the challenges facing diplomats negotiating via videoconferencing, and suggestions for addressing them constructively.

Ritual: The challenge most commonly voiced by diplomats is diplomacy’s reliance on rituals and pageantry: who greets whom; who enters when; where one sits; how one engages others; what handshake, hug, bow, or other gesticulation or touch is exchanged.

Videoconferencing challenges many rituals and renders others simply impossible.

Diplomats must, instead, creatively replace rituals that are impossible or excessively awkward when conducted via videoconferencing with new rituals, by agreement.

Rituals grounded in tactility, physicality, and relative location or proximity, would be replaced by others expressed via visual, behavioral, and verbal cues.

For example, formal greetings might paint verbal pictures of abandoned physicality: “In the name of my country, I extend my arms to my distinguished counterparts, embrace you and wish you and your people well in these troubled times.”

Back channels: Much of the work at diplomatic encounters is conducted not by the principle delegates at the main table, but by lower-level representatives meeting in pairs or small groups.

This must inform the design of the communication system to be used for any diplomatic talks.

If all attention and effort target the main videoconference room, opportunities for side-conversations decrease.

Good system design would set in place multiple rooms for different purposes, and allow diplomats to form their own for private conversations.

Informality: Relatedly, it is not only that much of the nuts-and-bolts work gets done in private meetings; it is that these private meetings occur, seemingly by chance, by the coffee urn.

Once again, this calls for careful, joint, system design of the videoconference environment.

The past few months have generated a slew of virtual coffee breaks, after-hours parties and other events. Such events can be incorporated into the talks’ system-design and schedule to allow the necessary happy accidents to occur.

There are many other challenges, of course. From a communications standpoint, videoconferencing’s characteristics impact negotiators’ assessment of each other’s meanings and intentions, and particularly their mutual development of interpersonal trust.

While providing negotiators many of the contextual cues supporting human communication (elements of nonverbal communication: facial expressions, tone and pace of voice, body language) videoconferencing displays only those elements that are caught by the camera and fit in the video box, and all are subject to technological limitations.

Disconcertingly, we infer meaning as if we enjoy full intake of these cues.

A crucial hand gesture indicating that a sentence was intended self-deprecatingly rather than offensively might remain outside the video square.

Even a moment of video lag can separate a statement from the facial expression identifying it as humor.

Given these challenges, parties would do well to add new elements of training to their preparation for videodiplomacy, and a new type of expert consultant to their usual ranks.

One further benefit of such expertise is that online negotiation experts are not only be concerned with avoiding online pitfalls, but also seek to identify beneficial opportunities the online environment offers negotiation processes.

As one example of a real advantage videoconferencing can add to diplomatic negotiations, consider that, to be fair, not every agreement reached by battered-down negotiators in the penalty time of an exhausting summit is the best agreement that could have been reached.

Videoconference diplomacy does not require world leaders to concentrate their full presence and attention to a summit over the course of a number of days. Some issues might benefit from less concentrated, albeit regularly ongoing, negotiation.

Whether guided by experts or on their own volition, diplomats would generally do well to set aside medium-related pessimism. In general, a positive attitude towards negotiations tends to yield more agreements, and more satisfaction with them.

A positive attitude towards videoconferencing for diplomatic negotiations would include appreciation that engagement is at all possible during this period, awareness of the parties’ past successes (in-person and online), and a proactive and creative attitude towards the talks.

Technology does not only impose difficulties to be overcome through adept use of a platform’s features. Rather, it offers diplomats a tradeoff that might ultimately prove beneficial in the short term and long run.

In return for technology enabling connection across the coronavirus-stricken landscape, diplomats must fundamentally reconsider all of their professional practices, distinguishing essential from rote.

By disrupting everything from family gatherings to workplaces to diplomacy, coronavirus has set in motion the world’s largest-ever videoconferencing experiment.

EU-UK diplomacy over post-Brexit arrangements is the first, but certainly not the last, of this experiment’s high-stakes rounds.

With all eyes focused on the upcoming talks, successful videodiplomacy could provide international relations a boost of optimism at a moment when any sense of pulling together under shared circumstances competes with rising nationalism and protectionism for setting the tone of global interactions.

By Noam Ebner, professor of negotiation and conflict resolution at Creighton University.