Viktor Orbán does it again…again 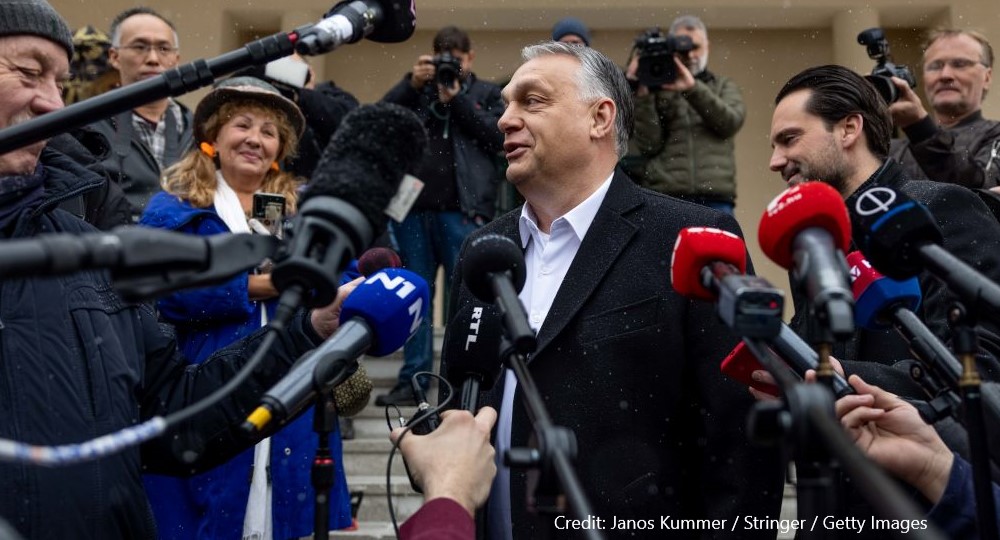 Hungary’s Prime Minister Viktor Orbán has a fool proof recipe for permanent power: just look to the past and repeat it. In April, he won a fourth consecutive term with even better results than expected. Sure, everyone knew he would win but winning so big seemed to stun even him.

For the fourth time, he has a super-majority in parliament which means Hungary effectively has not had a meaningful opposition since 2010. That is not entirely Viktor Orbán’s fault, as the erosion of Hungarian democracy was a slow process and the opposition largely self-destructed before Orbán made resurrection impossible.

Victory is now easy. Since coming to power for the second time in 2010 (he was Prime Minister 1998-2002), Orbán has essentially taken a page from the past with his weird form of goulash authoritarianism reminiscent of the goulash communism of the 1960s, ‘70s and ‘80s.

The original form of then communist leader János Kádár was a kind of social peace though consumerism that kept a chicken in every pot, and maybe even a trip abroad, in exchange for keeping your mouth shut on one-party rule or what happened in 1956 and subservience to the USSR.

Nowadays, Viktor Orbán keeps the majority of voters happy with perks and pensions and the feeling that the PM will protect Hungary from the dangers of the Left (and the far right), look after them by keeping taxes low and the Muslims and other migrants out, and funding childbirth with tax free status and maybe even a free minivan.

The war in Ukraine, suggested by many of potentially Orbán’s undoing because of his open embrace of Putin and ‘soft’ Putinism, ended up helping him as he painted the opposition as warmongers eager to drag Hungary into a war. History matters in Hungary but only to a point given that Russia had intervened twice in Hungary to thwart the will of the people: first in 1849 and again in 1956.

Under Orbán, Hungary stays out of the war raging next door in Ukraine and that keeps gas prices low because of shady deals with Putin. For certain an opposition victory would have ended Hungary’s shameful position on the war and put Hungary firmly where it belongs with the EU and NATO.

In secret, despite all the allegedly rock-solid multilateral commitments that keep Hungary playing by the rules-based international order, draw back the curtains and you see the map of Hungary prior to Trianon. There is a dangerous schadenfreude in Hungary’s policy.

Until now, the EU has provided enough cash to keep the local oligarchs happy with the funds that slip between the cracks. The opposition promised to investigate the corruption.

Plus, the media environment is largely of the one-party state model with Fidesz controlling the narrative almost everywhere that matters, and with help from US Republicans the country’s electoral districts were re-jigged to ensure success.

Throw in the votes from Hungarians in the neighboring countries who get representation without taxation, a sympathetic ear about their plight as minorities and the whole thing becomes a lost cause.

Even the OSCE noted that the election was hardly a level playing field. So odd and sad to think that in the 30-plus years since Hungary’s first post-communist elections in 1990, Hungary has the OSCE criticizing its elections.

The transition from communism as success story needs to be re-evaluated. To be fair though, Orbán could not care less what the OSCE thinks. For him, it is just another liberal talking shop beholden to leftists, globalists and the Soros organization.

The election pitted Orbán’s Fidesz and its coalition ally, the Christian Democratic People’s Party (KDNP), against a six-party coalition led by Péter Márki-Zay that had hoped to repeat the Czech success in getting rid of Prime Minister Andrej Babis in 2021.

The opposition coalition was shaky from the start and a lot less united than was required to defeat Fidesz with so many cards in its hands. The electoral map, outside of Budapest and two places in the south, as it has been since 2010, is Fidesz orange throughout.

In fact, the opposition looked so bad that they now have that pathetic air of the ‘systemic’ opposition that exists in Azerbaijan or Russia. Hard to blame people for thinking more sinister things are afoot. No wonder Hungary faces a demographic decline: if you want change, you need to change location. Changing the government is well-nigh impossible.

It seems a lifetime ago when Orbán appeared on the scene at the reburial of 1956 leader Imre Nagy. The things he said then still resonate.

In 1989, he really called the out the communists for their cowardice and falsehoods. Orbán knew then that Hungary’s communists could not really condemn the old system without totally condemning themselves which they could not do.

He called them out for their lies and, since then, after a very brief stint as a liberal which is much exaggerated by Western analysts who don’t like it when things don’t turn out the way they are supposed to, Orbán was a national conservative determined to destroy the left, which he considers as alien to Hungary, and neuter the extreme right.

Nationalism was always front and center from the get-go. The whole edifice now looks exactly like the interwar government of Admiral Miklos Horthy who certainly was not the worst of the low-level gangsters that came to rule Europe after the First World War. Horthy also had the Christian authoritarian calling card and fought to save Hungary from the perils of extremism, especially from the Left.

But when thinking of how far Orbán has come (or not come) there is 1999, when Hungary willingly embraced the NATO intervention in Kosovo. Imagine that now, especially since Kosovo is a majority Muslim nation.

In 1999, Orbán hoped by choosing NATO then he was reversing a century of bad choices by Hungary’s political elite that always had catastrophic consequences: the First World War and then Trianon, the alliance with Nazi Germany, the invasion of Yugoslavia and the USSR to name a few. And then Soviet occupation.

While Viktor Orbán always denies the autocrat label as just another jab from his enemies on the left on Soros’ payroll, his actions suggest that he does think Putin is on the right side of history. It is certainly not 1989 or 1999. This should worry the EU and NATO. It clearly does not worry too many Hungarians.

By Professor Robert C. Austin, Associate Director of the Centre for European, Russian and Eurasian Studies at the University of Toronto.