Viktor Orbán proves, once again, that he knows how to win Hungary’s culture war 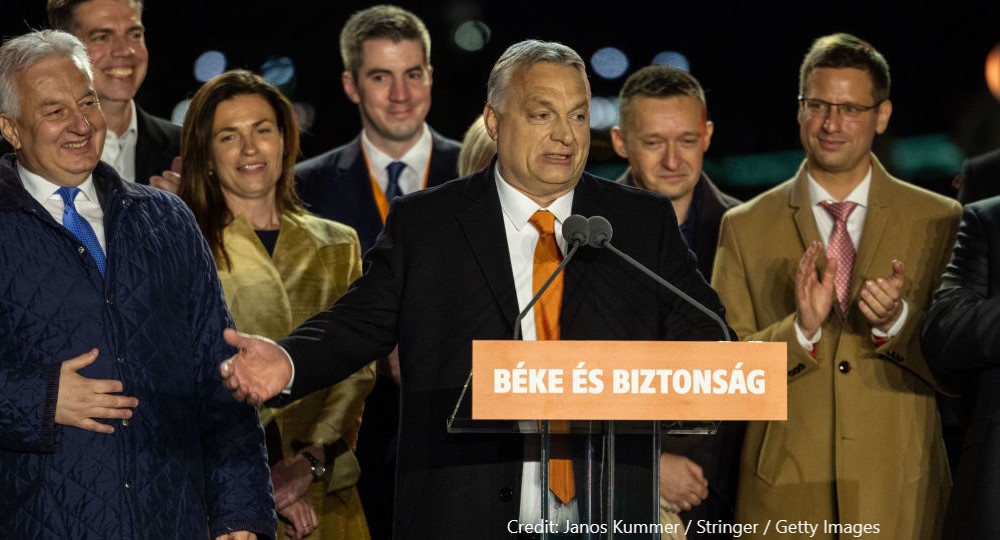 The triumph of Viktor Orbán in Sunday’s parliamentary elections should have come as no surprise.

This enduring electoral dominance by the right cannot be entirely explained away by electoral manipulation and media dominance. The right was, for example, triumphant in 2010 when Fidesz was in opposition and less than half the seats in parliament were chosen by first-past-the-post voting.

Even the opposition parties belatedly realized that they would have to respond to this rightward shift of the electorate. That is why they selected as the leader of their coalition, Péter Márki-Zay, a former supporter of Fidesz and a devout Catholic who pledged, for example, to maintain the ‘anti-migrant’ wall on Hungary’s southern border. That is also why the socialist and liberal parties agreed to a coalition with Jobbik to gain the support of their rural right-wing voters. It didn’t work.

Márki-Zay proved to be a hapless campaigner easily caricatured as merely a figurehead, a claim that even a part of the left quietly endorsed. Meanwhile, a majority of Jobbik’s former voters either switched to Fidesz, backed the new right-radical ‘Our Homeland’, or stayed at home, perhaps alienated by the party’s leader since 2020, Péter Jakab, who is of Jewish origin and spent the entire campaign at loggerheads with his coalition partners.

Orbán’s victory was, therefore, primarily due to his ability to present himself as the standard-bearer of the right while continuing to demonize the left, a strategy he has pursued since he was first booted out of office in 2002. His success in framing Hungary as a country polarized between ‘patriotic’ conservatives and treasonous ‘Left-liberals’, is not just because his allies control the bulk of the media.

Orbán’s culture war message resonates, especially with rural voters shaped by an enduring traditional-minded and Christian culture reinforced by coercive chains of social and economic dependency often rooted in government patronage. These voters were infuriated by the utter incompetence of the previous socialist governments, crystallized by the painful economic recession into which Hungary plunged in 2008.

They also witnessed how, after the collapse of communism, Budapest flourished while much of the countryside remained mired in poverty, savaged by ruthless privatization and de-industrialization that was even more brutal than what the manufacturing heartlands of Britain experienced in the 1970s and ‘80s. According to the OECD, the workforce was slashed by almost a third between 1990 and 1997.

Many voters also have deep and bitter memories of the horrors of communist rule, including how the political élite in Budapest imposed collectivization and a reign of terror on the country first after 1948 and then again in the aftermath of the 1956 revolution.

In reality, there are plenty of former communists who support Fidesz, (including Orbán’s father), while the economic shock therapy that was unleashed on Hungary in the early 1990s was presided over by the nominally conservative Hungarian Democratic Forum (MDF) and cheered on by the then head of Fidesz’s parliamentary fraction, Viktor Orbán.

Nevertheless, his own, and his party’s, re-invention as the scourge of Hungarian neo-liberalism was as simple as it was shameless – for they too had their own resentments fuelled by repeated electoral defeats and a sense of being looked down on by the cultured elites in Budapest.

To maintain his leadership of the right, however, Orbán has always relied on an ambiguity. He presents himself as both blunt speaking and refined, energetic but experienced (and even predictable), as someone who has ordered the rebuilding of parts of central Budapest while remaining firmly rooted in what he proudly calls the ‘little village’ of Felcsút.

His policy platform taps into deep-rooted resentments but also appeals to voters who have grown noticeably more prosperous during the past decade of steady (albeit unspectacular), economic growth with his winning electoral slogan ‘Let’s go forward’ and his insistence that his own brand of conservatism is both ‘civic-minded’ and ‘middle-class’ (‘polgári’).

He denounces mass immigration but boasts of the support that Hungary has provided to Ukrainian refugees, and he never misses the opportunity to highlight the importance of the Hungarian minorities in the neighbouring countries, (including far-western Ukraine), while rejecting any talk of territorial revision.

Likewise, his relationship with the other members of the European Union is also deeply ambiguous. In his victory speech on Sunday, Orbán thanked fellow conservatives across Europe for their support, but also accused the ‘Brussels bureaucrats’ (alongside the international liberal media, the ‘empire’ of George Soros, and even Volodymyr Zelenskyy) of conspiring with the domestic opposition.

Indeed, the sharpest critics of the European Union in Orbán’s party, such as his youthful foreign minister Péter Szijjartó, will feel emboldened by Orbán’s victory. They believe that the European Union is decadent, corrosive and toothless, and conclude that there is no need for compromise in order to restore the flows of money which Brussels has temporarily suspended.

Other parts of the government are less sanguine. The long-serving and respected finance minister, Mihály Varga, has made it clear that EU subsidies are vital in order for Hungary to reach its full economic potential.

For over a century, Hungarians on both the Left and the Right have fantasized about transforming their country into an ‘eastern Switzerland’, but even as he lobs his rhetorical bombs at Brussels, Orbán knows that Hungary lacks the means, motive and opportunity to give up its EU and NATO membership.