Von der Leyen’s authority is damaged before she even starts 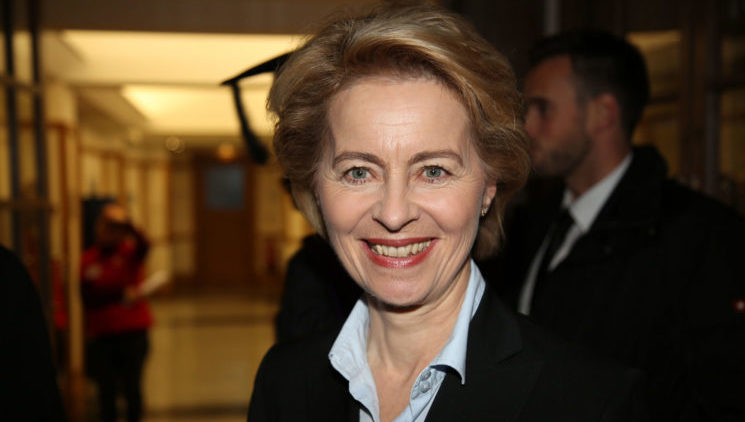 The start of the Commission has been beset by delays

Almost four months after becoming president-elect, von der Leyen’s Commission remains four members short and the old commission has had to be extended for an extra month.

One of those missing is a new British commissioner. President-elect von der Leyen wrote to Boris Johnson last week requesting the UK nominate a female candidate. The further Article 50 extension means the UK will now still be an EU member on the projected start date in December. The prime minister’s spokesperson said on Monday that ‘The UK meets its legal obligations’ when asked whether it would nominate a candidate. It remains unclear whether Johnson will nominate someone or not, and if so when that will happen. The most low-profile move would be to propose outgoing UK commissioner Julian King, who having been approved by MEPs once before would likely pass without much fuss.

But Britain is a sideshow. Although every member state has an obligation to nominate a commissioner, the UK’s intransigence is unlikely to hold up the process if the other candidates—from France, Hungary and Romania—are approved.

Their original nominees all faced disapproval from MEPs, with two not even making it to their committee hearings—a show of force by MEPs who have the power to reject the whole Commission. Von der Leyen had to request alternative candidates in each case, and duly did so.

A new Romanian government means the process can now continue

These disapprovals were exacerbated by the collapse of the government in Romania, which meant for several weeks it couldn’t nominate a replacement. A new government has now been formed and a new nomination has been made, with MEP Adina-Ioana Vălean the new candidate.

This appears to have got the process back on track. All three candidates have now had their financial affairs scrutinised and been approved by the Legal Affairs Committee, even though the French candidate Thierry Breton was only approved by a single vote.

They all head to hearings before parliamentary committees on Thursday related to their portfolios: Internal Market for Breton, Transport for Vălean and Neighbourhood and Enlargement for Hungarian candidate, Olivér Várhelyi.

These will be by no means a cake walk. MEPs’ rejection of the three previous candidates was at least ostensibly based on issues of conflict of interests, financial irregularities and questions of integrity. We can expect similar attentiveness to these issues this time too, especially with Thierry Breton’s following his narrow approval by the Legal Affairs Committee.

Despite von der Leyen’s promises, there remains a gender imbalance

But that’s not the only problem. In her political guidelines, on the basis of which she was narrowly approved by MEPs, von der Leyen pledged, ‘the Commission will lead by example by forming a fully gender equal College of Commissioners’.

That is already impossible, and will worsen if the current nominees are approved. The original College proposed by von der Leyen had 13 women out of 27—two of the three rejected commissioners were women, and only one of the proposed replacements is a woman.

Von der Leyen had pledged to request new names from member states to achieve gender balance, but that appears to have fallen second to the necessity of getting the Commission up and running. A Commission with 12 women and 15 men would still be a significant change on the Juncker commission where fewer than a third of commissioners were women. The Commission does not collect information on the ethnicity of its commissioners and staff, so it is impossible to know precisely whether there is any ethnicity bias.

The remaining candidates will face tough hearings in the European Parliament

The centre-left Socialists and Democrats (S&D) in particular have warned von der Leyen repeatedly about the gender issue, which could put the replacement candidates at risk.

The S&D is led by Iratxe García, whose national party in Spain has made gender equality policies a major plank of its governing programme. The group is also more likely to be veto-happy because the change in government in Romania—from a centre-left to a centre-right administration—means none of the new candidates is from their group.

As happened with the EPP’s attack on the previous French nominee, Sylvie Goulard, from the liberal Renew Europe grouping, the S&D—and the EPP—may see a tactical opportunity in attacking other groups’ candidates given theirs have already gone through. Combine that with the underlying hostility to the von der Leyen presidency in the Parliament, and the difficulties for the president-elect look likely to continue beyond the commission-approval process.

Outgoing president Jean-Claude Juncker was supposed to put his feet up on 1 November, but this has been pushed back until at least 1 December. The confirmation process has inflicted unprecedented blows to his successor’s authority before she has even formally taken office.