Vote for your future on Thursday 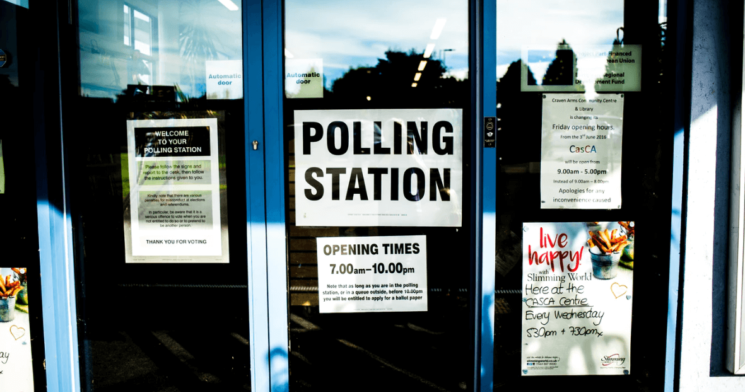 Voting is the first step an individual can take in getting their voice heard by those in charge. Representation matters, democracy matters, no matter how you vote. Whether we leave next month, later this year or not at all, it is important that our views are heard. One of us supports leaving the EU, and the other wants to stay in – despite a narrative of a divided United Kingdom, we’ve teamed up to get young people voting, no matter which way they cast their ballot.

European Parliament elections have struggled to reach 50% turnout since we in the UK began taking part in 1979. This turnout has fallen, election on election, dropping to an EU average of 42.5% in 2014, with the UK below average at 35.4%. Particularly, turnout has been historically low among young people. In 2014 those aged 18-25 were the biggest abstainers; additionally, just 18% of students showed up at the ballot box.

UK Electoral Commission data from April showed that one in three young people (defined as 18-34s) were not registered to vote, a starkly low figure in comparison to the over 95% of over 65’s registered.

Brexit, and contemporary politics, has given the young a new voice. It is fair to say that many believed these European elections were not going to happen and should not be happening – but they’ve given us the opportunity for the UK electorate, whichever way they vote, to have some input in the Brexit process.

Since the launch of the Vote For Your Future campaign, over 450,000 young people have registered to vote, perhaps as a result of the heightened salience of the EU, and the increased attention on candidates, parties and their positions. In the past, EU elections candidates are almost unknown and have seemed distant and unfamiliar – now, many are mini-celebrities.

The salience of these elections has risen considerably with all the discussion of EU issues – despite the fact that we are due to leave the EU in fewer than 165 days. Previous European Parliament elections weren’t treated with a huge amount of attention by mainstream parties – just look at how UKIP outspent Labour by a factor of three to one in 2014.

With the success of the Vote For Your Future campaign, and the significant rise in young people being politically active, it’s incredibly important that the message of voting is heard across the UK.

Outside of Brexit there are a plethora of issues that face Europe and the world that young people want higher on the political agenda – such as climate change and inequality. The reality is that Brexit will continue to take our focus away from them.

That is not to say that voting for a candidate that represents your view on Brexit is not important – we will both be voting for, and promoting to those our age, candidates that represent these views. There is decent evidence to suggest that voting at an early age increases the chances of casting future votes to a greater degree than influences like age and education. So even if we do leave in 165 days, the habit-forming effect of voting is valuable – something that should be fostered, nurtured by governments.

Although the media dichotomises the Brexit issue without much nuance, there are often instances in which polarising sides of the issue are united in upholding values we both cherish: in this case democracy. As a young person, I am familiar with the levels of disengagement and disillusion amongst my peers. We often don’t believe our views or interests are served by politicians, and quite frankly it often times feels as though the political arena purposefully keeps young people at a distance.

That being said, the statistics relating to young people and voting / non-voting trends demonstrate that we do not even make an attempt to correct this. Can we legitimize our disillusion with politics when we fail to participate in the democratic exercises that are put in place to ensure that our voices are heard? Although we cannot ignore the very real structural barriers which prevent some young people from voting and participating in politics, it is vital that those of us who are able to have a say and take this responsibility seriously.

There is more to these elections than Brexit. If you truly “Give a XXXX” about your future, show the electoral power of the youth. A high voter turnout amongst the young demographic sends a message to the establishment that we are no longer complacent about being an afterthought (if that) in future policies.

It sends the message that we are as much stakeholders in the affairs of this country as older demographics, and that we need to be catered to.

By Bella Frimpong and Ellie Varley, who are among the co-founders of Vote For Your Future, a non-partisan effort to drive youth turnout and registration in the EU Parliament elections. They disagree on what should happen with Brexit – Ellie supports leaving the EU, while Bella wants to remain.