Voters, Brexit and the limits of party loyalty 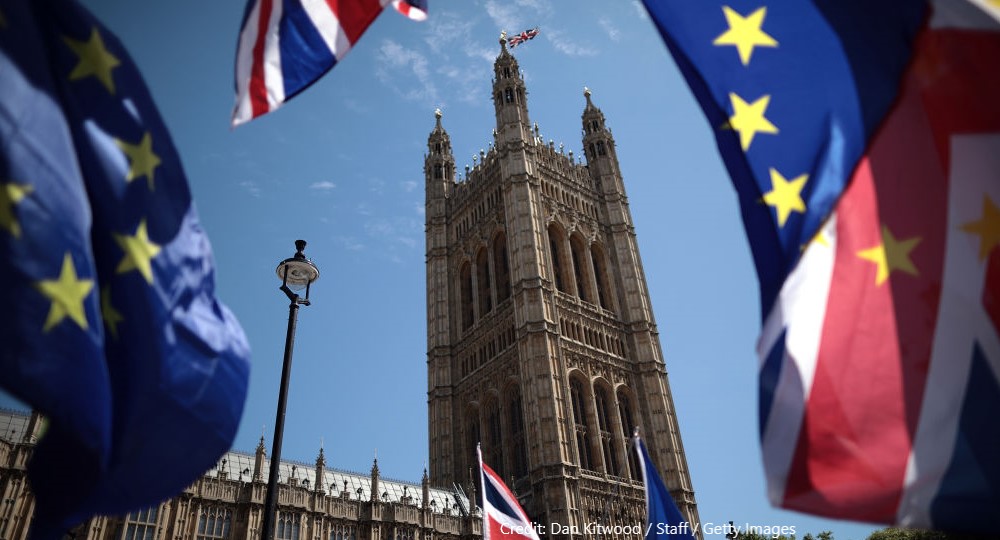 What, if anything, do voters care about? For decades, political scientists have debated whether voters are loyal, unthinking partisans, on the one hand, or rational actors motivated by policy preferences, ideological principles, and candidate performances, on the other.

The answer, if there is one, has profound consequences for how we assess the state of democracy today.

On one side of the debate, scholars argue that partisan identity—not policy preferences or even candidate performance—drives democratic politics.

According to this view, voters lack coherent, stable ideologies and pay little attention to political news. When they evaluate policies, they respond to partisan cues, not ideological principles, and they often adjust their views—and even their answers to purely factual questions—to match the views of the parties or politicians they already support.

Even in what seem like ‘exceptionally ideological’ political moments, such as the New Deal realignment of the 1930s in the United States, the policy preferences of ordinary voters play little role in electoral politics.

On the other side of the debate, voters are not ‘intoxicated partisans’ but rational agents who possess genuine views on policy, and who shift parties on the basis of those underlying preferences.

When the two major US parties changed positions on racial issues in the mid-twentieth century, for example, white southerners shifted loyalties from the Democrats to the Republicans.

In Germany, the stability of support for the far-right AFD is the result of the party’s policy positions on refugees. And experimental research suggests that other considerations can sometimes override the influence of party labels on political choices.

These debates continue, despite decades of research, for two primary reasons.

First, because the question remains of first-order importance for how we think about the health of democratic accountability: if democracy isn’t really a contest of ideas, if voters aren’t judging candidates and policies but are just voting on the basis of unquestioned tribal loyalties to political parties, then some of the conventional defenses of democratic government begin to look less robust.

Policy motivated voters and ‘intoxicated partisans’ are often observationally equivalent, meaning that, to give an example from the American context, a voter who supports the Republicans because of their opposition to abortion may be indistinguishable to an outsider from a voter who opposes abortion because they are a Republican.

To distinguish between the two cases requires the policy platform of a major party to change dramatically over a short period of time: when a party’s policy position changes rapidly, do voters follow the party and change their views, or stick to their views and change their party?

Those occasions are rare, but in a new study published in the Journal of Politics, we argue that the 2016 Brexit referendum represented one such moment.

Before the referendum, although there were long-lasting divisions within the Conservative Party, its leadership overwhelmingly backed remaining within the EU: 24 out of 30 Cabinet ministers campaigned for Remain, including the Prime Minister, the Chancellor, the Home Secretary, and the Foreign Secretary.

But following the surprise result of the referendum, the party shifted its position on the country’s role in Europe almost overnight. ‘The will of the British people is an instruction that must be delivered,’ Cameron declared in his resignation speech, and in the leadership contest that followed, all five candidates promised to take Britain out of the EU.

The outcome of the referendum, in other words, rapidly transformed the Conservative Party’s position on the EU, driving it down a more Eurosceptic path. In our paper, we look at what voters did in response.

Drawing on data from the British Election Study, we find that Europhile Conservatives abandoned the party, while Eurosceptics flocked to it.

On at least some issues, then, voters are policy motivated: they do not simply follow their psychological attachments to their political parties.

But partisan identities still mattered. Voters who identified strongly with the Conservatives before the referendum, for example, followed the party in becoming more Eurosceptic as the party tacked in that direction. And voters who joined the Conservative Party just after the referendum brought their other views in line with the positions of the party: they soon became more hostile to economic redistribution, for example.

Partisan identities still matter, even in countries, like the United Kingdom, marked by increased electoral volatility and the ongoing decline of traditional political loyalties.

All of this suggests that voters are still influenced by major policy debates. On high salience issues, party loyalty has real limits. Voters seem to care about at least some policies.

Of course, voters are not perfect. They may have selfish or counterproductive policy preferences, those preferences may not always be for specific policies, and they are often shaped by tribal identities.

But on both sides of the debate over Britain’s role in the EU, voters’ policy preferences shaped their partisan loyalties, in ways more or less consistent with standard arguments for how democracy should work.

By Bryan Schonfeld and Sam Winter-Levy, PhD candidates in politics at Princeton University.