Votes at 16: What effect would it have? 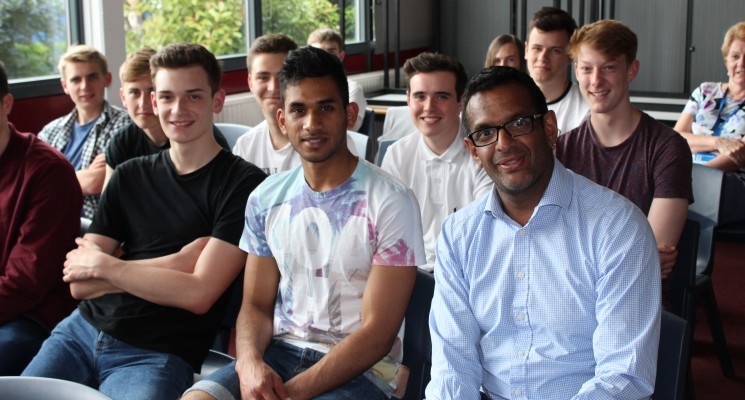 The House of Lords will today debate whether to grant votes at 16 in the coming EU referendum. The Electoral Commission says this could delay the referendum by twelve months. But how might it affect the referendum’s outcome?

We cannot know for sure. By piecing together evidence from various sources, however, we can develop some ballpark estimates.

How many extra electors?

Of course, not all of these people would be eligible to join the electoral register.  But reliable figures on the eligible electorate do not exist.

Would they turn out?

A second question is whether these 16- and 17-year-olds would actually vote.  Would they would join the electoral register?  And would those registered turn out on polling day?

Last year’s Scottish referendum – where votes at 16 were granted for the first time in the UK – gives some hints on registration.  109,533 16- and 17-year-olds registered. A House of Commons research paper, using ONS population figures, says this constituted 89 per cent of those eligible. By contrast, many media outlets claimed that 97 per cent of the total electorate registered, suggesting higher registration for the general population than for 16- and 17-year-olds. But we must be cautious. The Electoral Commission rejects such calculations, saying they use unverifiable estimates of the number of eligible voters in the population.

Survey data allow us to go further regarding turnout. ICM interviewed 1,852 people after the Scottish referendum, of whom 112 were 16- and 17-year-olds.  That is a small sample, but it gives an indication of how turnout varied across age groups. The findings are summarised here:

The same trend is evident elsewhere too. In Austria – the only European state with votes at 16 for national elections – this age bracket votes less than the entire population but more than the subsequent bracket. Eva Zeglovits and Julian Aichholzer demonstrate this through analysis of two local elections, in 2010 and 2012:

The same trend is also evident from trials in Norway. In its 2011 local elections, the voting age was lowered to 16 in 21 municipalities. As Jo Saglie has pointed out in Democratic Audit, 16- and 17-year-olds voted more than 18- to 21-year-olds but less than the total electorate:

Enfranchising 16- and 17-year-olds might therefore reduce overall turnout at first.  On the other hand, Mark Franklin has shown that whether one votes the first time one is eligible to vote has a considerable effect on one’s likelihood of voting thereafter.  If enfranchising 16-year-olds increases the proportion of voters who do vote first time, turnout would rise in the long run.

Would they understand the issues?

In addition to decreased turnout, many opponents of lowering the voting age say 16- and 17-year-olds lack sufficient maturity. Clayton and Chan, for example, assess 16- and 17-year-olds’ ‘interest in politics’, ‘party identification’, and ‘political knowledge’ to argue that this age group cannot make sufficiently informed decisions at the ballot box.

But evidence from Austria suggests that the quality of young people’s vote is equal to other age groups’ and that the very process of enfranchisement increases political knowledge among 16- and 17-year-olds. One report finds that under-18s’ voting intentions are often more congruent with party positions than older voters’, illustrating their ability to articulate their preferences through the electoral system.

In any case, measures can be taken to increase the quality of younger votes. Austria made a concerted effort to increase registration and raise awareness about elections after introducing votes at 16 in 2007, launching the ‘Demokratielnitiative’ campaign and increasing citizenship education in schools. Zeglovits shows that the number of 16- and 17-year-olds describing themselves as ‘very interested’ in politics doubled thereafter.

Similarly, in Scotland last year, Electoral Registration Officers visited schools to register eligible young people, the Electoral Commission ran an advertising campaign targeting 15- to 17-year-olds, and local councils carried out public awareness activities. Education Scotland offered guidance on how educational establishments could increase political literacy. These measures seem to have succeeded. The University of Edinburgh found young people who had discussed the referendum in school exhibited more political confidence and understanding than those who had not. Advertising initiatives also seem to have worked: the proportion of 16- and 17-year-olds who felt that they had sufficient information about how to cast their vote rose from 46 to 74 per cent after they were rolled out.

How would they vote?

Opinion polls focus overwhelmingly on the views of those aged 18 and over. The British Election Study has, however, included some under-18s in its panel survey conducted in May. The sample of under-18s is small (280 individuals). But the data suggest that 16- and 17-year-olds fit the trend of younger people preferring to stay.

Comprising a small percentage of the total electorate and being somewhat heterogeneous in their views, 16- and 17-year-olds, if enfranchised, could swing the referendum result only if the vote is very tight.

On the other hand, enfranchising 16- and 17-year-olds in the EU referendum may well set a precedent for future elections, as it did in the Scottish referendum.  If that happened, then, over time, the change might have deeper effects.